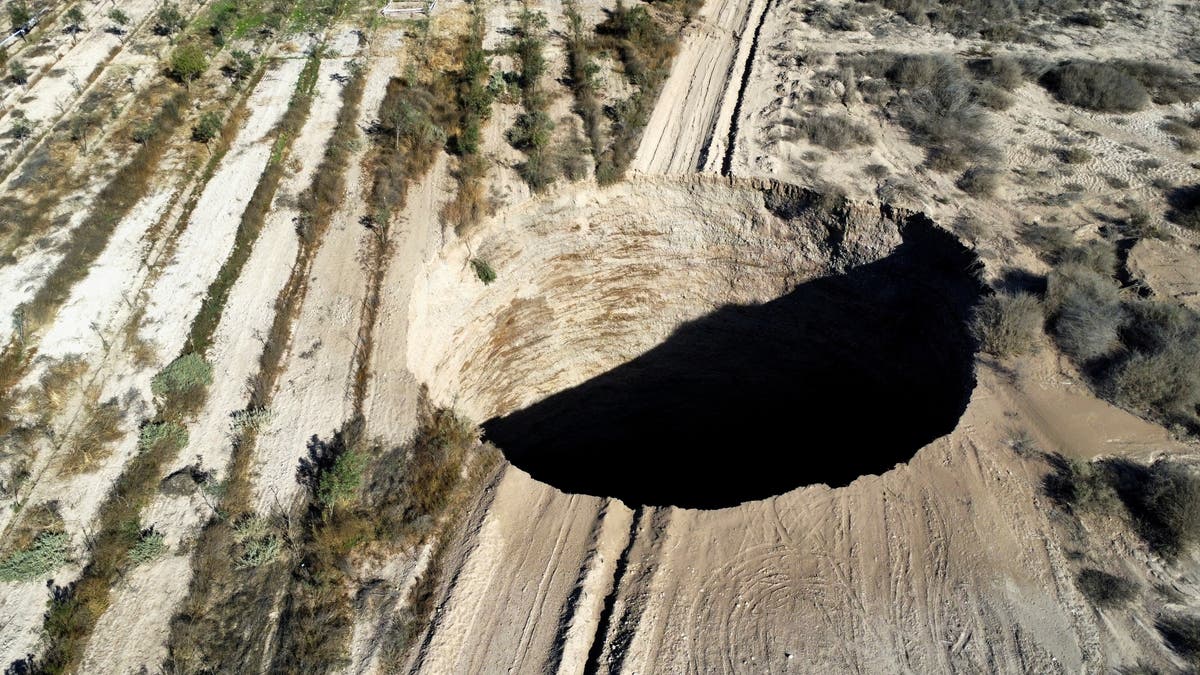 A massive 656-foot-deep sinkhole with a diameter of 82 feet (25 meters) suddenly opened up near an underground copper mine in Chile over the weekend.

Special teams of geologists from Chile’s National Geology and Mining Service, Sernageomin, were rushed to the Alcaparrosa site, which is operated by Canada’s Lundin Mining Corp and is about 665 kilometers north of the capital Santiago.

Sharing aerial photos of the massive sinkhole, Sernageomin said on Twitter that they had ordered an immediate halt to work in the area to assess the situation.

In a statement on Monday, Lundin Mining said the sinkhole, which appeared to be filled with “a lot of water”, did not affect any workers or members of the community and had remained stable since its discovery.

He added that development work in an area of ​​the Alcaparrosa underground mine has been temporarily suspended as a precautionary measure and is being continuously monitored.

“The nearest house is more than 600 meters (1,969 feet) from the sinkhole, while any residential area or public service is almost a kilometer from the affected zone,” the company said.

David Montenegro, director of Sernageomin, said they have not found any material inside the sinkhole, but said it has large amounts of water.

“There is a considerable distance, about 200 meters (656 feet), to the bottom,” Mr. Montenegro said. “We haven’t detected any material down there, but we have seen the presence of a lot of water.”

Lundin Mining controls 80 percent of the property, with the rest owned by Japan’s Sumitomo Corporation.

News of the sinkhole comes days after an incident in which a woman in New Zealand was seriously injured after falling into a geothermal sinkhole at a popular tourist spot.

The woman, an Australian, was swallowed by the two-metre-wide hole that suddenly opened on a footpath in the central North Island.

In May, a massive sinkhole discovered in China was found to be home to a forest of trees reportedly 131 feet tall.