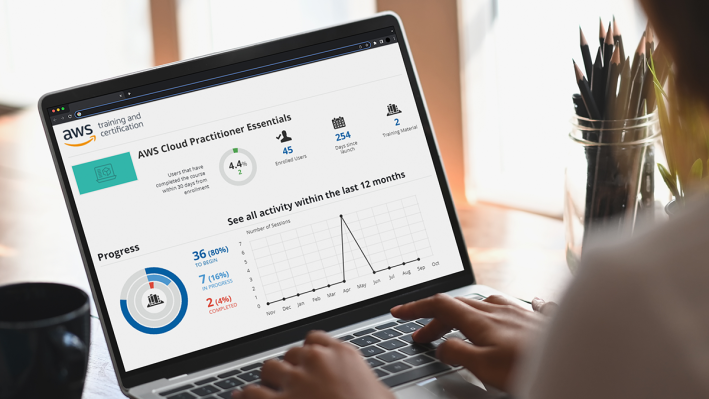 Amazon’s AWS is introduction of premium paid subscriptions for individuals and teams who want to enhance their cloud computing skills.

Amazon has announced a range of free cloud skills training products last Novemberone of which was AWS Skill Builder, an online learning center featuring hundreds of free cloud computing courses. With AWS Skill Builder subscriptions, the tech giant is now trying to monetize the offering through monthly subscriptions that introduce a bunch of extra features and services beyond the basic free training plan.

Individual subscriptions cost $29 per month or $299 for the year and offer three practice exams for those looking to pass an official AWS certification program, which the company has offered for the past decade. In addition, subscribers are offered tools such as “builder labs”, which are basically hands-on guided exercises covering some of the most common cloud scenarios – users are provided with a sandboxed AWS account for the exercise.

Group memberships, meanwhile, weigh in at $449 per student each year, though volume discounts are available. This plan includes a bunch of business-focused features, such as the ability to delegate training exercises, progress reports, and integration with a company’s single sign-on (SSO) provider. 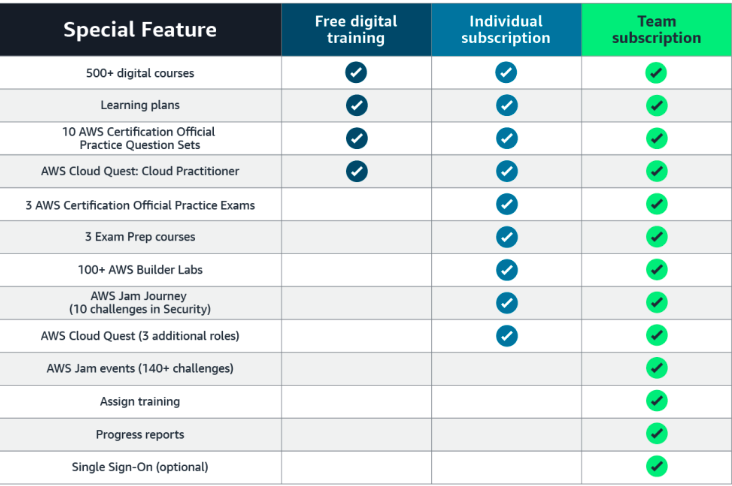 It’s worth noting that each of the so-called “big three” cloud companies have introduced all kinds of training courses over the years as they try to lure developers and companies into their respective ecosystems. For the most part, have to a great extent used to be free (although there are many premium courses available through third-party partnerships) or come with a one-time fee, but we’re starting to see a push toward cloud companies charging existing Customers are charged recurring fees for expertise, which is what Amazon’s latest program is all about. With a monthly subscription, this can encourage users to put more value on the courses and ensure they’re keeping up with their learning — while also giving AWS a small revenue boost.

Last year Google was introduced Google Cloud Skills Boost aims to train 40 million people how to use various aspects of its cloud platform. This was fueled by the 2016 acquisition of Qwiklabs and, similar to Amazon’s new effort, charges $29 or $299 depending on whether the user wants to commit to a monthly or annual subscription. There is also a group membership option which is apparently available upon request.

If nothing else, it all helps to highlight how pivotal the cloud has become to the fortunes of Big Tech. Despite the global economic climate and a $2 billion loss, Amazon last week reported continued strong cloud growth, with AWS revenue up 33% year over year to $19.74 billion in the second quarter.

However, while cloud spending is clearly growing, the IT skills gap is they do not necessarily go togetherand addressing that disparity is something Amazon hopes its customers will be willing to pay for.