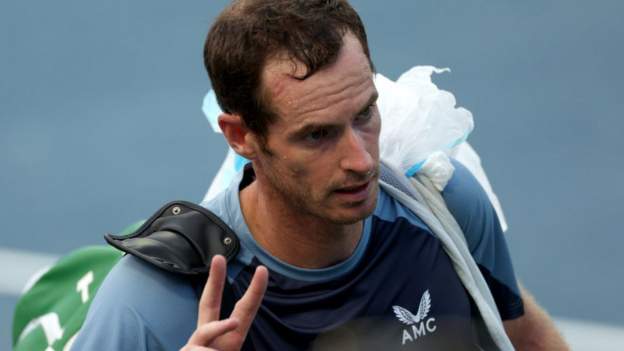 Andy Murray’s preparation for this month’s US Open began with a first-round loss at the Washington Open.

On his chances of qualifying for the US Open, the former world number one and current number 50 said: “It’s still possible, but I’ll definitely need to play better than I did.”

There were victories for Kyle Edmund and Jack Draperbut Katie Boulter defeated in the Silicon Valley Classic;

Boulter shocked eight seed Karolina Pliskova with a flurry in the first set, only for the Czech to come through 1-6 7-6 6-3.

Edmund beat Japan’s Yosuke Watanuki 6-4 7-6 (10-8) on his return to ATP singles after a 20-month layoff to set up a meeting with compatriot Dan Evans.

Edmund has had three surgeries on his left knee and was playing in his first tournament-level singles match since October 2020.

He said: “I didn’t find it easy. I hung in there and got my reward in the end.”

Seven-time Grand Slam champion Venus Williamsplaying her first singles match in nearly a year, was also knocked out in the opening round in Washington, falling to Canadian qualifier Rebecca Marino 4-6 6-1 6-4.

“It was nice to have the crowd behind me,” said the 42-year-old. “Definitely a great experience – just trying to shake off some rust. That’s to be expected.”