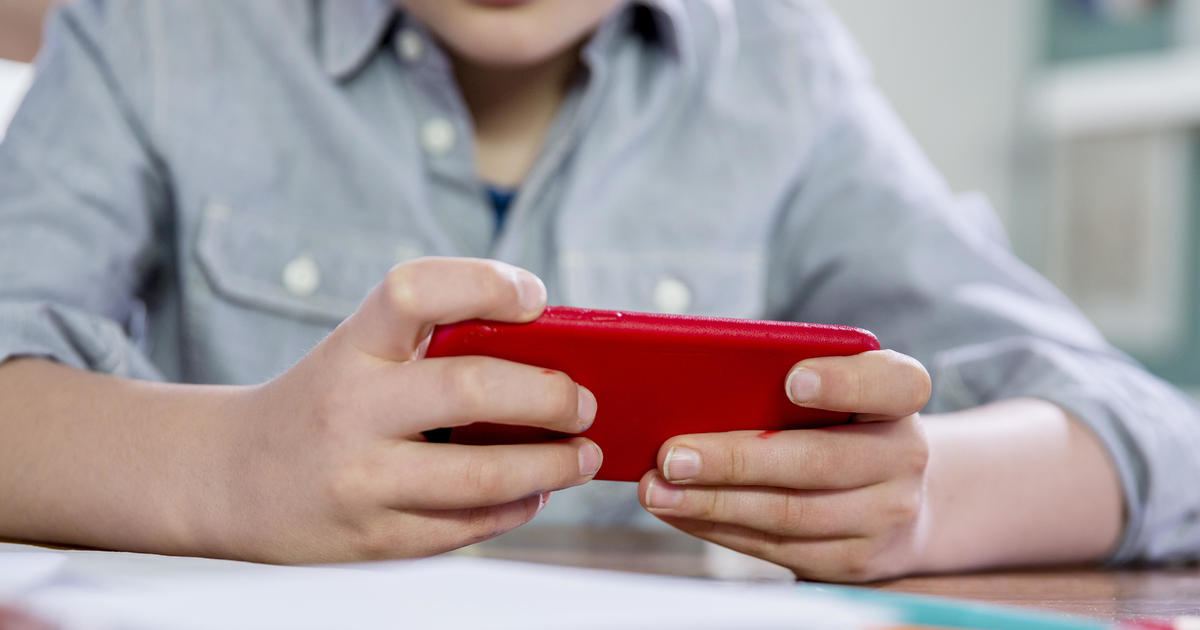 As summer begins to draw to a close, the back-to-school season promises to renew an ongoing battle over whether cell phones should be allowed in the classroom.

With students’ mental health at heart, many teachers, school leaders and state lawmakers are pushing for tighter restrictions — saying that after decades of studying the grip of technology on American children and years of competing for students’ attention, they’ve had enough.

“It’s a losing battle for kids and their brains,” says Tyler Ramblin, a high school teacher in Sunnyside, Washington. he tweeted in May. Ramblin, who wrote that he once championed phones in the classroom as a learning tool, now likens teenagers with cellphones to drunks in a bar.

“The telephone is no longer a passive tool,” he wrote. “Their phone actively and purposefully works against the goals of learning, of a productive and meaningful life.”

The push to remove children’s phones from classrooms has seen some success in recent years. Between 2015 and 2020, the percentage of schools that banned cell phones for non-academic purposes rose from 66% to 77%, according to data from Department of Education.

ONE study 2020 found that 96% of middle and high schools surveyed had some type of cell phone policy, with 78% prohibiting cell phone use during class. The study also found that across all grades, 99% of teachers support restrictions on cell phone use, and more than half are aware that children use their phones during class.

In 2019, California became the first state to pass a bill giving schools state-backed authority to regulate smartphones during the school day. The bill’s significance lies not in its restrictiveness — it does not ban cell phones or require schools to have ban policies — but rather, a spokesman for the senator who wrote the bill said it is the first legislation to link smartphones to the decline of of student mental health , and the first to call on schools to look at implementing smartphone regulations with student health in mind.

Other states, however, faced resistance when they attempted more restrictive measures.

In Mainea bill banning student cell phone use during class, lunch breaks and between classes was defeated by a wide margin when it was proposed in 2019.

“At that time there seemed to be no appetite to even consider the proposal,” state Rep. Heidi Sampson, who sponsored the bill, told CBS News in an email. “Some felt it was an unrealistic expectation to ban them from schools, ‘mobile phones are here to stay, get used to it.’ Most ignored and dismissed evidence of concerns.”

That same year, Arizona and Utah also tried and failed to enact some level of cell phone policies for schools. according to EdWeek.

The Nebraska The state legislature introduced a bill in January 2022 that would require students to place their phone in a clean, individual storage area at the classroom entrance for the entire class. The bill was defeated in April. Pennsylvania presented a similar proposal at their General Assembly in July.

Maryland has taken a different path: A bill seeking to create a task force to study the effects of cell phones on students and teachers. And that, too, was struck down when it was proposed in 2019. But state Sen. Joanna Benson, the bill’s sponsor, told CBS News she plans to talk to teachers, update the bill and bring it back when Congress resumes in January.

Opposition to the restrictive policies has come vocally from parents and students who want access to each other in an emergency. Mass shootings at schools, such as those in Uvalde, Texasand Parkland, Floridathey only reinforced these concerns.

“I feel extremely concerned that cell phones are allowed so that children can access emergency services or their parents in the event of a disaster,” Bruce Knell, a father of two in Wyoming’s Lander School District and a Casper city councilman, told CBS . News. “I feel more strongly as a parent than as a politician.”

But Ken Trump, president of the National School Safety and Security Administration, says a child’s use of a cell phone is rarely the best course of action in an emergency.

“I understand that a cell phone can meet the emotional needs of a parent and a child right now,” he said, “but a child’s only job in a lockdown situation should be to be quiet and give 100 percent attention of to the educator. “

Trump, who leads safety drills in schools across the country, recognizes its importance 911 calls that came from students with cellphones inside the school during the Uvalde shooting. But he said if the burden of calling 911 falls on a child, it’s because there’s a distribution of crisis response at a higher level.

“By all accounts, the situation at Uvalde did not follow certain best practices,” he said. “We have protocol and trained crisis teams for times like this.”

But the concerns aren’t just about school shootings. In February, students at Torrington Middle School in Connecticut staged a protest after the school board voted to restrict cell phone use. The Associated Press mentionted. The administration dismissed the students for the next day after the students pulled the fire alarm and the police were called to the scene.

That day, Michael Mosel, who identified himself as the father of a Torrington student, started a report against the policy, calling it a waste of money that could be better used for other educational purposes. It has since received more than 600 signatures.

“Students are fed up with administrators and the board of education continually overlooking and ignoring the basic needs of our students,” Mozell wrote in the appeal. He stressed that the school board tries to “limit the use of phones during use, regardless of the situation. (eg medical, mental health, emergency, etc.).”

Jake Langlais, superintendent of Lewiston Public Schools in Maine, is sympathetic to the anxiety of students and parents — but says there needs to be a solution to the daily problems caused by phones in the classroom.

“Cell phone use and social media is the number one distraction during the school day,” he told CBS News. “I understand the sense of security a phone can give a parent, but school is supposed to be a place to learn and become who you are. Constant access to the phone proves to be counterproductive.”

Lewiston is one of several districts trying to reach a compromise. The Crane School District in Missouri, which he said he would bans cell phones, smart watches, headphones and digital cameras next year, installs a new phone system over the summer to ensure every classroom can make outgoing calls.

Cocopah Middle School in Arizona told CBS News that it had students and parents sign a “technology contract,” which includes a statement that parents will not casually text their child during the school day. Bronxdale High School in New York uses the increasingly popular Yondr pouch, which magnetically locks phones like individual burritos — allowing the student to keep their phones with them, but rendering the devices useless. In Fairfax County, Virginia, high school students they can use their mobile phones between classes and during lunch periods.

The Buxton School in western Massachusetts It simply banned smartphones for both students and teachers, but allows “dumb” phones such as cell phones and Internet-accessible Kindles and tablets.

“The habits of mind that smartphones have introduced and, at this point, essentially require, are diametrically opposed to the educational work of a place like Buxton,” Franny Shuker-Haines, Buxton’s director of outreach, told CBS News. “Our goal is to empower students to become self-aware stewards of their community, and smartphones are constantly working against that essential mission.”