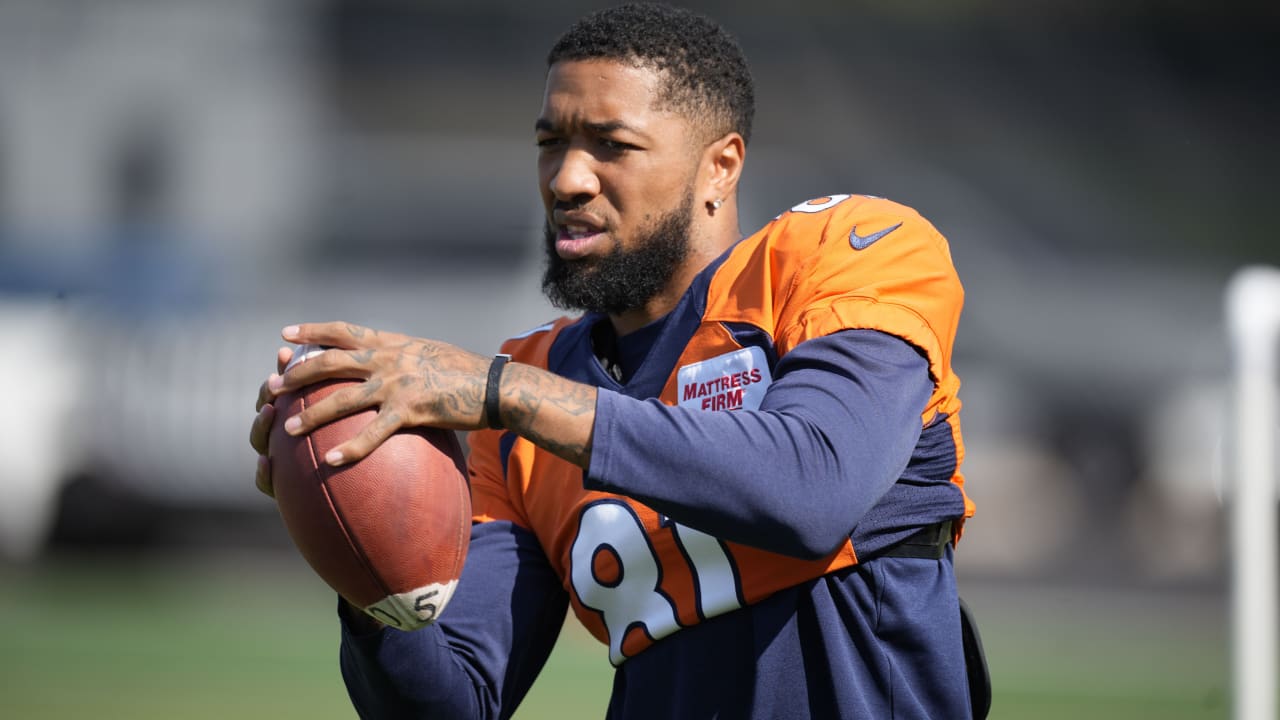 Denver Broncos wide receiver Tim Patrick made an acrobatic catch and went down with an apparent knee injury on Tuesday.

According to multiple reports, the offside was taken out of bounds. During team drills, the burly Patrick went up for a ball, came down without contact and his knee buckled. Teammates surrounded the receiver as they helped him to the cart.

The severity of the knee injury is unknown at this time. Broncos coach Nathaniel Hackett told reporters Tuesday that Patrick is undergoing an MRI.

At 6-foot-4, Patrick has developed into a tight end receiver and could see upside as a wide receiver in first-year coach Nathaniel Hackett’s offense.

The Broncos are deeper than most teams at the receiver position, but losing Patrick for any significant amount of time if the injury turns out to be serious would be a huge blow in the first week of training camp.