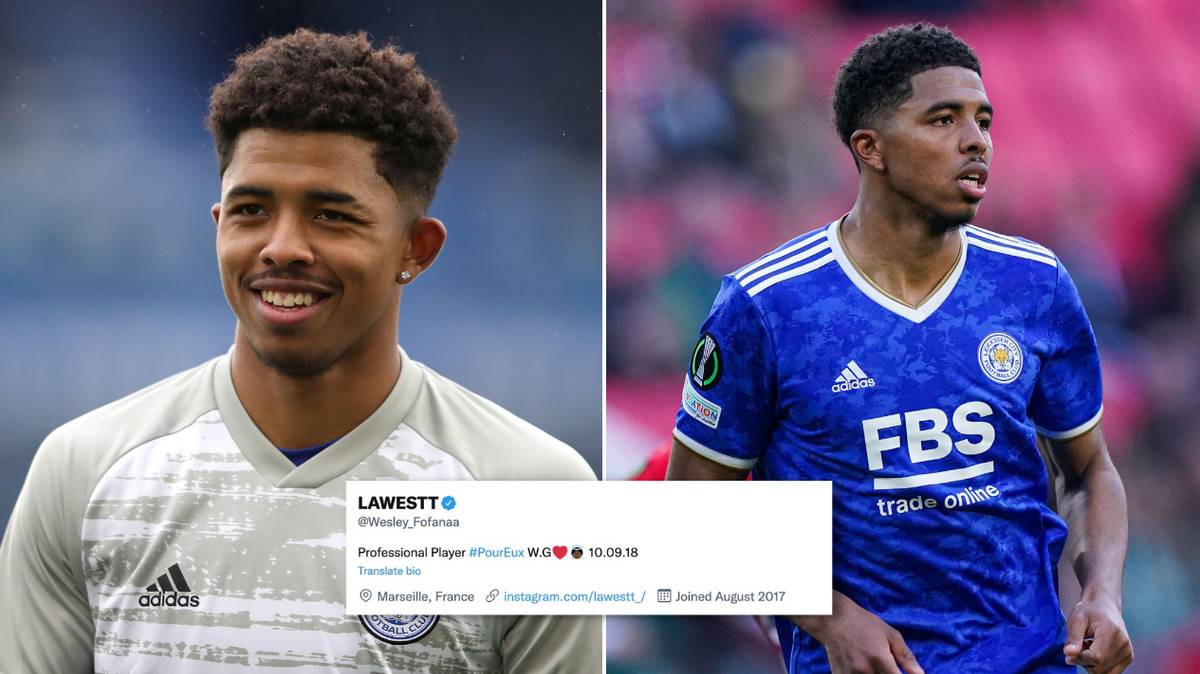 Chelsea supporters believe Wesley Fofana dropped a huge hint that he wants to move to Stamford Bridge this summer.

Chelsea have been heavily linked with a move for the Leicester City star, with Thomas Tuchel desperate for defensive reinforcements after losing Antonio Rudiger and Andreas Christensen on free transfers.

The Blues were interested in signing Matthijs de Ligt from Juventus, but the Netherlands international opted to move to Bayern Munich.

Tuchel has reportedly turned his attention to Fofana as he looks to bolster his defensive options.

Leicester are believed to have slapped a huge £85m price tag on the 21-year-old, who only joined the Foxes in 2020 in a £35m move from St Etienne.

Chelsea fans believe Fofana has signaled his desire to move to Stamford Bridge after deleting a reference to Leicester on his Twitter bio.

It has also been claimed that Fofana has ‘liked’ and then ‘unliked’ tweets linking him with a move to Chelsea, with some fans convinced the defender is determined to leave the King Power Stadium.

“Looks like Wes Fofana is forcing a move to Chelsea, he’s got Leicester off his CV,” one supporter tweeted.

Another added: “Wesley Fofana seems to have made up his mind to move to Chelsea fc.. He’s now taken Leicester City off his CV. #Smartmove.”

While he may have changed his Twitter bio, Fofana’s Instagram bio remains the same and still includes a reference to Leicester.

Wesley Fofana has removed Leicester from his twitter bio 👀 😱

Fofana likes and then dislikes tweets linking him to Chelsea, posts quotes about chasing your dreams even if it annoys people and has now removed ‘Leicester’ from his CV…

Meanwhile, former Chelsea boss Frank Leboeuf has warned the Blues against spending too much on Fofana.

“It’s always a gamble because you never know when the defenseman is going to settle down,” Leboeuf said.

“With Fofana, it’s a difficult situation. You want to get a young player. [say] “I think he will be one of the best central defenders in the world,” now to say you have to spend £80m to get him.

“[But] the guy isn’t even [a France] international, only played for St Etienne and Leicester, injured last season, even if he was absolutely fantastic, it’s hard to say “ok, we’ll spend it”.