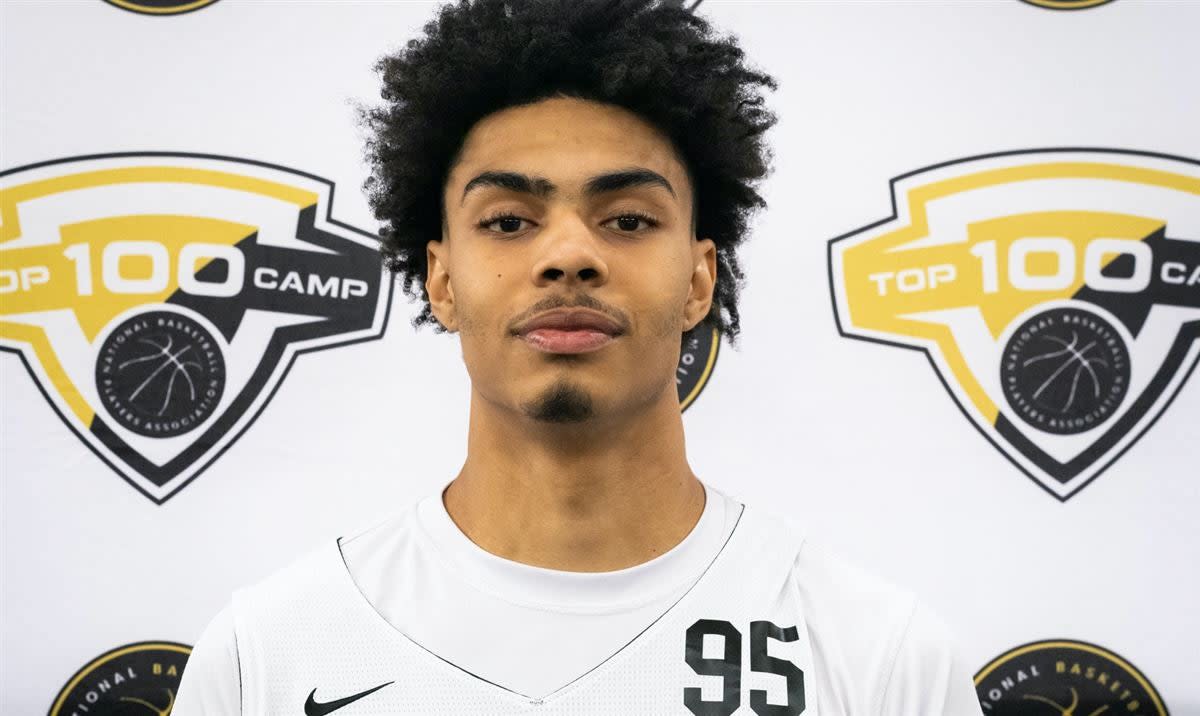 In the past two weeks, Chris Johnson celebrated his 18th birthday, led the Houston Defenders to the Under Armor Association title and took the “best” official visit of his Kansas recruiting process.

Johnson, one of the top combo guards in the 2023 class, kept his streak going Tuesday, committing to Kansas.

Johnson wrote an exclusive blog with Sports Illustrated analyzing his thought process behind the decision.

“I am officially committed to Kansas and I can’t tell you how happy I am about it,” Johnson wrote on his blog. “When I went on my visit last week, it was literally a family. … Visit was 10 out of 10.”

Johnson chose the national champions over Alabama, Arkansas and Ole Miss. Kentucky and Auburn were just starting to show interest in the 6’3″ guard in mid-July, just as Johnson scored 18 points to claim the UAA title game.

Johnson thrives on the downhill but has improved his perimeter jumper to become a more complete guard and more versatile scorer. A strong defender, Johnson uses his length, athleticism and strength to crash the glass and apply suffocating defensive pressure on the perimeter.

“What I really liked about Kansas is they really let their guards snap,” Johnson wrote on his SI blog. “They like guards who can guard 1–4, and that’s me all day. They want me to go out there and be myself.”

Johnson is Bill Self’s first commitment from the 2023 class.