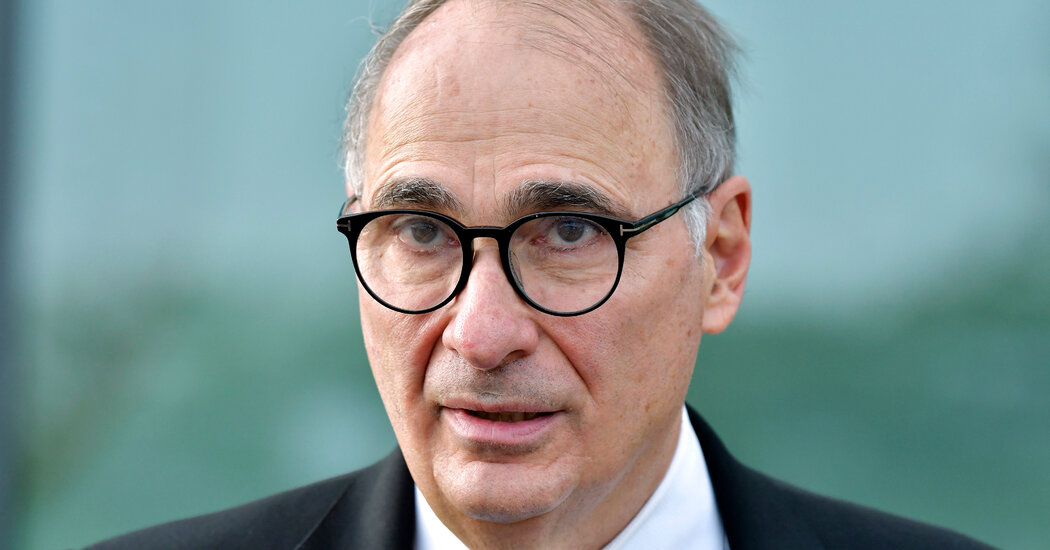 Long before David Axelrod became a national figure as Barack Obama’s political guru and spinmeister — the future president’s bard to voters on the campaign trail and one-time “message maven” in the White House — he was a working reporter in Chicago.

He enjoyed returning Schlitzes and downing “cheezeborgers” with other secretaries like Mike Royko at the Billy Goat Tavern, a legendary local reporter’s hangout below The Chicago Tribune’s once-bustling headquarters along Michigan Avenue, or meeting sources for matzo ball and corn soup. at Manny’s Delicatessen, just minutes away via Lower Wacker Drive.

Axelrod started out as a small-time reporter on the night shift at The Trib, where he eventually became a political writer before deciding to join the fray himself.

He got the thrill of small journalistic triumphs, like the time he sweet-talked the wedding of a local power couple, pleading with the receptionist that his editor might fire him if he didn’t see the bride and groom. Escorted by Chicago police, he returned to his colleagues outside the perimeter as a conquering hero, arms raised in the air like a Roman emperor fresh from the conquest of Gaul.

In the years since leaving Obama’s side, Axelrod founded and created the University of Chicago Institute of Politics.

And he has become an unvarnished truth to his fellow Democrats, annoying them at times by contradicting the party line — most recently, for example, noting that President Biden will be 81 on Election Day 2024 and that voters may be looking for someone new by then.

As a senior aide in the Obama White House, Axelrod served Biden closely for many years. He admires what he says are the former vice president’s sharp political instincts and praised his accomplishments.

“I mean, the guy cleaned the country of Trump, and under really, really difficult circumstances, he was able to accomplish legislative things that Obama couldn’t,” Axelrod said. But, he added: “The matter is not so much political as actuarial. And that’s something he’s going to have to deal with.”

This week, Axelrod celebrates the 500th episode of his podcast, “The Ax Files,” with a conversation with R&B singer John Legend. A rarity in an age of TV festivals and supplement-fueled podcasts, his show is a laid-back, manly listen that seeks to get guests “out of their lines and into their lives,” as he puts it.

“I didn’t even know what a podcast was when I started,” he said.

In its seven years of existence, Axelrod has held high-profile dignitaries such as Justice Sonia Sotomayor and New Zealand Prime Minister Jacinda Ardern, and even Olympians Megan Rapinoe and Michael Phelps.

He lives by the journalistic axiom, as he put it, that “if you investigate people’s stories, it’s harder to hate.” To that end, he has also broken proverbial bread with a number of former adversaries, including John Bolton, Liz Cheney, Kellyanne Conway, Lindsey Graham and Karl Rove.

Often, he finds ways to connect across the political divide, as when he discovered that he and Rove, a rarely humanized GOP leader protected by what Axelrod described as a “tough bark,” shared a common tragedy — a parent who killed himself while these were young men.

“Sometimes you talk to people you think you don’t admire, right?” he said. “And then there are elements of what you learn that you do.”

Axelrod has even considered how he would approach an interview with the most annoying subject of all: Donald Trump.

“There are so many interesting questions to be asked that have nothing to do with January 6,” he thought.

For example, Axelrod said he would ask Trump to respond to something the former president’s father, hard-nosed real estate developer Fred Trump, once said: There are two kinds of people in this world. There are killers, there are losers.

“I would try to find out how he processed all of that,” Axelrod said, before returning to the difficulty of how, exactly, to frame such a discussion given Trump’s attempt to overthrow a duly elected president. “But then people would say, ‘Well, hey, how could you sit down with him and not ask those questions?’ So it’s complicated.”

Over the course of a two-hour conversation at Manny’s, Axelrod went from racist to philosopher, to armchair psychologist to pundit.

He also provided his analysis of the midterm elections, which he said could turn the tide for Democrats after a tough two months.

“You know, you couldn’t have, in many ways, a more welcoming environment than the Republicans have this year,” he said, noting voters’ concerns about inflation and the president’s low approval ratings.

Axelrod said a “confluence” of factors — the Supreme Court decision that overturned Roe v. Wade; the mass shootings in Uvalde, Texas and Highland Park, Ill. and the Jan. 6 congressional hearings — had come together to leave many voters thinking Republicans are too extreme.

“The only thing that could save the Democrats,” he said, “is the Republicans, and they’re trying their hardest to do that.”

Here are some key moments, edited for length and clarity, from Axelrod’s insights on his interview subjects:

Sanders was Axelrod’s first podcast interview. That was in 2015, when the Vermont senator was rising nationally and was “very much the man of the moment” on college campuses, Axelrod said.

Axelrod recounted how Sanders initially refused to get into the Mercedes Sprinter van the institute had rented to pick him up and bring him to a live event at the University of Chicago. from which the senator graduated in 1964.

“So Bernie takes one look at it and says, ‘I’m not going to drive on that. I’m not going to get into that thing,” Axelrod said. “And so we had a negotiation on the sidewalk at O’Hare. And we basically made a deal that we would leave them two blocks from the event so no one would see him get out of that Mercedes.”

“He and I have this in common: We both lost parents to suicide. When people go through these struggles, I try to talk about them, in part because if people hear that they have those struggles or have lost someone, they know they’re not alone. Carl has a very hard shell and a reputation for it. But I see him differently. Because of that, we actually went ahead and did things together to prevent suicides.”

“The father abandoned the family when she was 3 years old. Turns out she had another family and she moved in with that other family and had a kid around the same age. So he leaves her and her mother and moves in with another woman and another child who is her contemporary and lives two towns down. She doesn’t see him again until she’s 12.

“He was resistant to getting too deep into it. But eventually, she said, “You know, I remember coming home from school one day crying hysterically because I was one of only two kids in school who didn’t have a father.” The other’s father was lost in Vietnam.’

“He went through a lot, he said — a deep, deep, deep depression. And I was interested in talking to him about how he did it. But it was sensitive, you know, because I didn’t want to give any credence to those who would say you’re turning him into a victim – all that – but he’s human.

“It was part of his set at the Institute of Politics. He was great. He asked questions and someone asked him, “Who’s the funniest senator, besides you?”

“And he said, ‘Lindsey Graham’ and everyone groaned.

“And Franken goes, ‘No, no, Lindsey is very, very funny. So I’ll give you an example. I went to him the day before he made his big change. And I said, “Lindsey, if I was in South Carolina, I would vote for you.” And before I could finish the sentence, Lindsey said, “And that’s my problem.”

The one that got away

Axelrod has tried, more than once and through multiple avenues, to entice Biden to sit down with him for an interview. No luck so far.

What to read tonight

Thanks for reading. I’ll see you tomorrow.

Is there anything you think we’re missing? Want to see more? We would love to hear from you. Email us at onpolitics@nytimes.com.