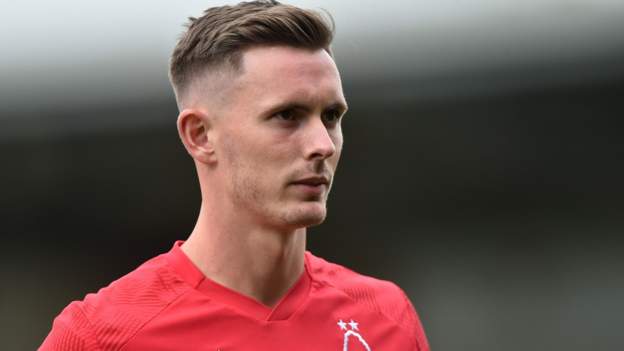 The England international, 25, has joined promoted Nottingham Forest on a season-long loan after failing to usurp David de Gea at Old Trafford.

Henderson said he was told he would be “number one” last season but missed Euro 2020 through injury and contracted Covid-19 at the start of the campaign.

The goalkeeper said he was left “bloated” by the lack of game time.

Henderson, who added that he has not spoken to Erik ten Hag since the manager’s arrival in May, told Talksport: “It’s probably been the hardest 12 months of my career to be honest.

“It was frustrating because I turned down so many good loans last summer for that reason and they wouldn’t let me go.”

Henderson became first choice under Ole Gunnar Solskjaer during the second half of the 2020–21 season, but was not selected for the Europa League final against Villarreal.

His start to the following season was disrupted and he did not see Solskjaer or interim manager Ralf Rangnick, playing in just three cup games in the entire season.

Henderson added: “The conversation I had coming out of the Euro squad was, ‘You’re coming back here to be number one.’

“I got Covid-19, I came back, so I should have been number one, but then nobody followed what I was told.

“To sit there for 12 months is really criminal, at my age. I was soaked. I told the hierarchy that I have to play football and let me go, and I almost left the coach. [Erik ten Hag] walked through the door. I haven’t spoken to him since.

“I’ve been working hard on and off the pitch to keep improving day by day and now I’m looking forward to the season with Nottingham Forest.”

Forest kick off the new campaign against Newcastle on Saturday (kick-off 15:00 BST).