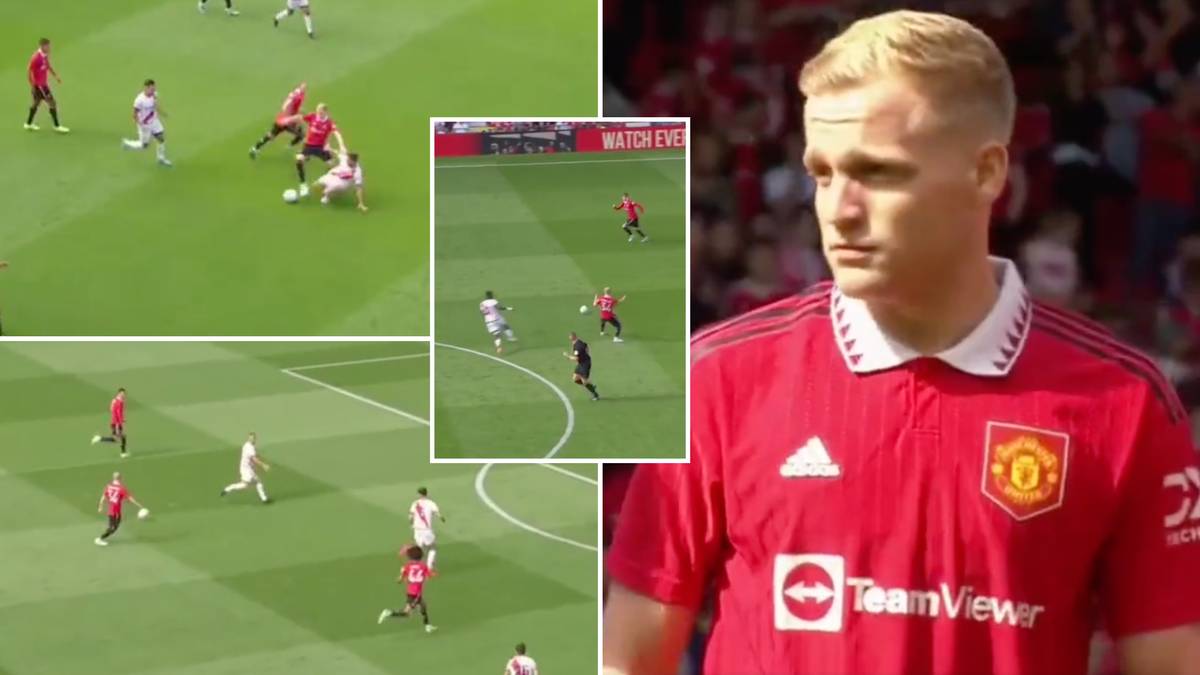 The 25-year-old joined United from Ajax in 2020 and fans have been frustrated with his lack of game time under Ole Gunnar Solskjaer and Ralf Rangnick.

It saw him spend the second half of last season on loan at Everton and he started just five times for the Toffees who narrowly avoided relegation.

Things don’t always go according to plan and van de Beek was back on the bench for most of the pre-season. When he came on, some argued that he has regressed from the midfielder once sought after by the likes of Real Madrid.

However, @iskaholic has taken another look at it and points out exactly what van de Beek did in Sunday’s 1-1 draw with Rayo Vallecano.

If you’re talking about who our best 1 pass footballer is, it’s probably him. So neat on tight turns & passes and moves. Nice moves in the half turn. Better to see him much more involved. pic.twitter.com/aTnc0zCp7Q

Moving forward, he found Cristiano Ronaldo with a superb pass and the five-time Ballon d’Or winner should at least have found the target.

He was more efficient on the ball too, always trying to make a one-touch pass to keep the tempo going.

Fans have reacted to the footage and still believe van de Beek can be an important player at Old Trafford.

One person said: “It’s the smaller details that people won’t see, it will be more apparent soon.”

A second tweeted: “I’ve seen so many people hating on Donny and I can’t understand why.”

Someone said, “I don’t see how anyone can look at this and not appreciate what he’s doing.”

While a fourth added: “Finally some appreciation. This guy is a baller.”

Ten Hag said van de Beek will have to “prove himself” like every other player in the past month.

He explained: “It’s the same for every player, he has to do it himself. Me as a coach and the coaching staff around him can do everything to put the right conditions in place for him to perform, but in the end the player has to he does it by himself.

“They have to take responsibility for their performance. Dhoni has the potential. I’ve seen it but he has to prove himself.”