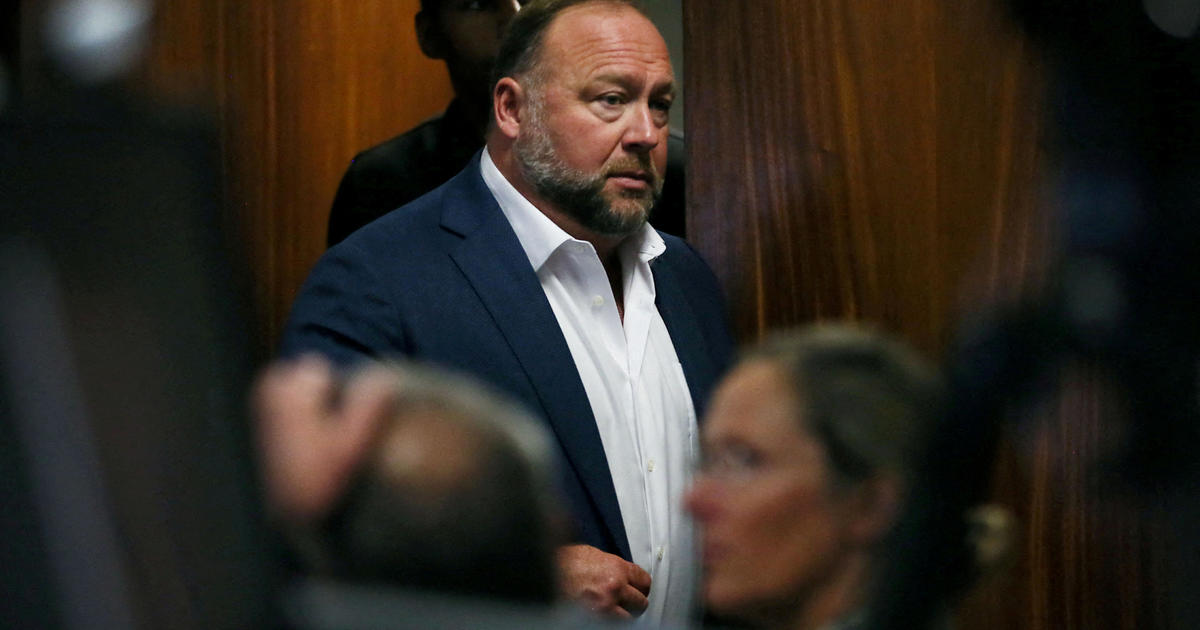 The father of a 6-year-old who was killed in a shooting at Sandy Hook Elementary School testified Tuesday that a conspiracy theorist Alex Jones he made his life a “living hell” by pushing claims the killings were a hoax.

In more than an hour of emotional testimony during which he often fought back tears, Neil Heslin said he has suffered online abuse, anonymous phone calls and street harassment.

“What was said about me and Sandy Hook itself resonates around the world,” Heslin said. “As time went on, I really realized how dangerous it was… My life has been threatened. I fear for my life, I fear for my safety.”

Heslin said his home and car were shot at, and his attorneys said Monday that the family has had a “meeting” in Austin since the trial began and has been in seclusion under security.

Heslin and Scarlett Lewis, the parents of 6-year-old Jesse Lewis, sued Jones and the media company Free Speech Systems for the harassment and threats they and other parents say they have endured for years because of Jones and his Infowars website . Jones claimed the 2012 attack that killed 20 first-graders and six staff members at the Connecticut school was a hoax or fake.

Heslin and Lewis are seeking at least $150 million in the case.

“Today is very important to me and it’s been a long time coming … to confront Alex Jones for what he said and did to me. To restore my son’s honor and legacy,” Heslin said.

Heslin also said that while he doesn’t know if the Sandy Hook hoax theory originated with Jones, it was Jones who “lighted the match and lit the fire” with an online platform and broadcast that reached millions worldwide.

Heslin told jurors he was holding his son with a bullet hole in his head, even describing the extent of the damage to his son’s body. A key part of the case is a 2017 Infowars broadcast that reported that Heslin holding his son did not happen.

An apology from Jones wouldn’t be good enough at this point, he said.

“Alex started this fight,” Heslin said, “and I’m going to finish this fight.”

In 2017, Heslin went on television, telling CBS News, to address the Sandy Hook deniers directly. “I lost my son. I buried my son. I held my son with a bullet hole in his head,” she said.

After that, the harassment got worse, Heslin said.

Jones was not in court during Heslin’s testimony, a move the father called “cowardly.” Jones has skipped much of the testimony during the two-week trial and had a team of bodyguards in the courtroom when he attended. Tuesday was the last scheduled day for testimony, and Jones was expected to take the stand as the only witness for his defense.

Scarlett Lewis was also called to the stand on Tuesday.

Heslin and Lewis suffer from a form of post-traumatic stress disorder that stems from repeated trauma, similar to what soldiers in war zones or victims of child abuse have suffered, a forensic psychologist who studied their cases and met with them testified Monday.

Jones has framed the lawsuit against him as an attack on his First Amendment rights.

At stake in the trial is how much Jones will pay. The parents asked the jury to award $150 million in damages for defamation and intentional infliction of emotional distress. The jury will then consider whether Jones and his company will pay punitive damages.

The trial is just one of the many faces of Jones.

Courts in Texas and Connecticut have already found Jones liable for defamation for his portrayal of the Sandy Hook massacre as a hoax involving actors aimed at increasing gun control. In both states, judges entered default judgments against Jones without trial for failing to comply with court orders and turn over documents.

Jones has already tried to financially protect Free Speech Systems. The company filed for federal bankruptcy protection Last week. The Sandy Hook families have separately sued Jones over his financial claims, claiming the company is trying to protect millions belonging to Jones and his family through shell entities.