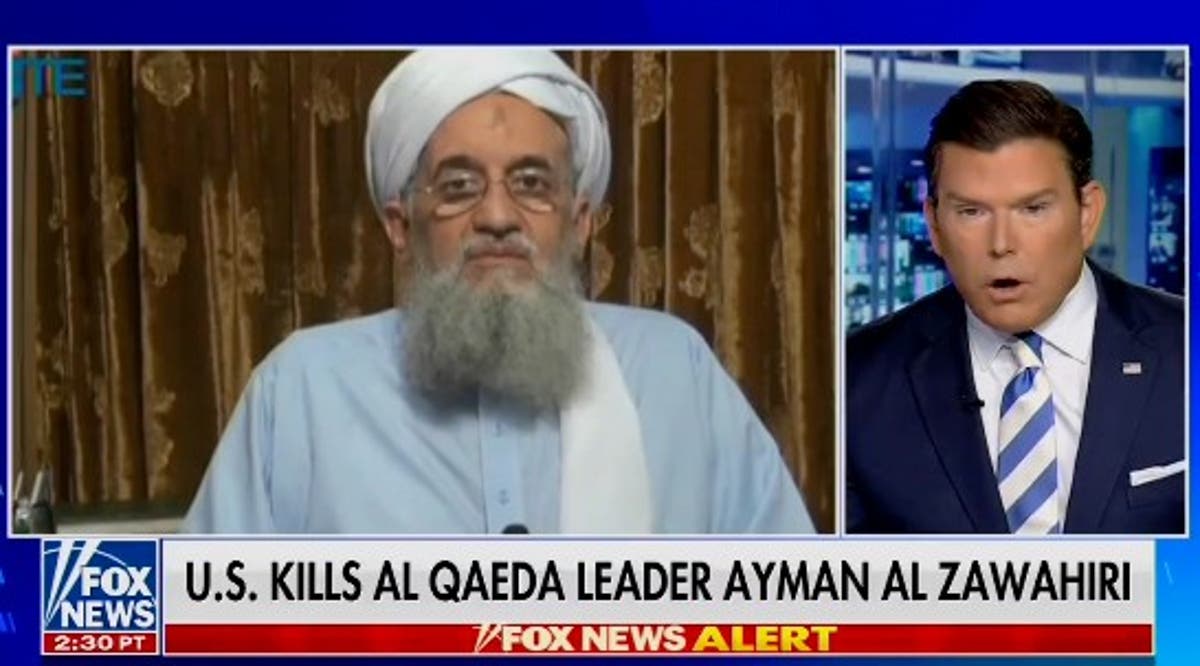 Mr Baier told viewers of the right-wing news channel that the drone strike that killed the terror boss was a “big, big success” for the country, moments after the news broke on Monday.

“This was an active intelligence drone strike, we’re told. That Al Z was in a certain residence outside of Kabul is hard to believe after all these years that just outside of a major city in Afghanistan where the US has been operating for a long time is this al Qaeda leader. They acted on intelligence, they tell us it was a drone strike,” he said, before adding: “You’re going to hear a moment tonight that will be President Biden’s Bin Laden moment. This is a huge, huge win for the US.”

President Biden is scheduled to discuss the operation that killed the terrorist later Monday afternoon.

Al-Zawahiri specifically assumed leadership of the terrorist group responsible for the 9/11 attacks after the 2011 killing of Osama bin Laden by Seal Team Six.

Taliban spokesman Zabihullah Mujahid confirmed on Twitter on Monday that a drone attack had taken place on a house in Kabul on Sunday.

“The Islamic Emirate of Afghanistan strongly condemns this attack under any pretext and calls it a clear violation of international principles and the Doha Agreement,” he said. declare yourself