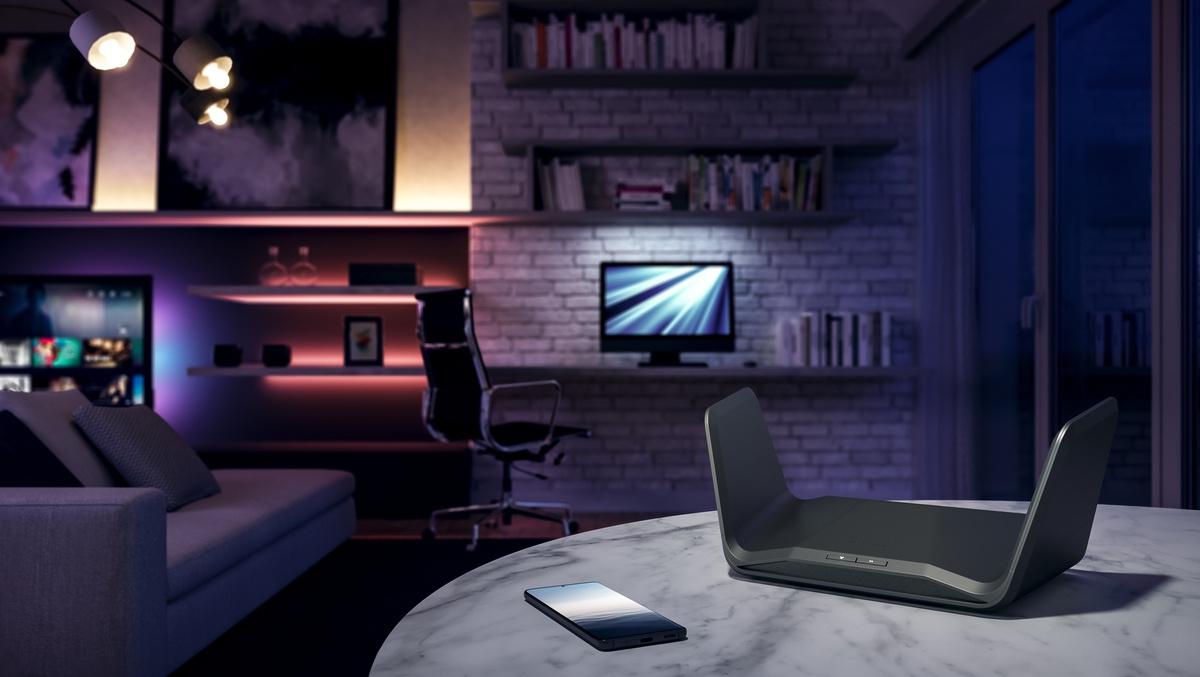 Winning matters to the players. They will go to almost any length to squeeze every last drop of performance out of their kit, even if it gives them the tiniest advantage. Their computers are beasts adorned with LEDs, water-cooled processors, high-speed RAM banks and the fastest SSDs to store their games. But even that is not enough sometimes. Gamers also insist on the fastest internet connection with the fastest ping times and a network that is fast enough to give them the edge.

The latest weapon in the gamer’s arsenal is the Netgear Nighthawk RAXE300, a tri-band 6E Wi-Fi router with speeds of up to 7.8Gbps thanks to the fast connectivity offered by the newly launched 6GHz band. The new frequency is mostly free of interference and congestion. As a result, Wi-Fi 6E can help serious gamers by offering lower latency and faster data streaming that can make the difference between winning and losing.

Since the pandemic forced many of us to work from home, the world’s reliance on Wi-Fi has irreversibly accelerated. More of us work, learn and stream videos from home. All this use, especially in high-density housing, is putting an unprecedented strain on the Wi-Fi spectrum. In multi-user households, devices must constantly compete for bandwidth on busy wireless networks.

The new and messy 6GHz band has been released for use in many countries worldwide to help alleviate Wi-Fi congestion. Netgear has embraced the new standard with the Nighthawk RAXE300 router, so the new 6GHz band can be used as an express lane to connect more Wi-Fi devices at faster speeds and with greater reliability.

The Nighthawk RAXE300 router uses three separate Wi-Fi bands to deliver a combined Wi-Fi speed of 7.8 Gbps. The new 6GHz band can be used with the latest Wi-Fi 6E devices for ultimate performance. The router has eight Wi-Fi streams consisting of two 6 GHz streams, four 5 GHz streams, plus two 2.4 GHz streams. Coverage is sufficient for Gigabit+ Wi-Fi speeds in homes up to 2,500 square feet in size.

The RAXE300 has a sleek and futuristic design. It houses six pre-optimized antennas for the best possible Wi-Fi signal strength, coverage and performance. It also includes a 2.5 Gigabit Ethernet port that can provide a Gigabit+ Internet connection by connecting a fiber optic Internet modem or connecting a high-bandwidth device such as a shared network storage drive. The router also has five Gigabit Ethernet ports for wired connections to other home devices, such as printers or security cameras.

Thanks to Wi-Fi 6E, the RAXE300 is future-proofed with speeds, capacity and bandwidth up to 200% better than the old Wi-Fi 5 standard. And because the Internet can be a dangerous place, the RAXE300 can has hacker and virus protection for all devices running on your home network by subscribing to Netgear’s Armor. This security tool can manage content across devices in the home and has Netgear’s Smart Parental Controls built into the Nighthawk smartphone app.