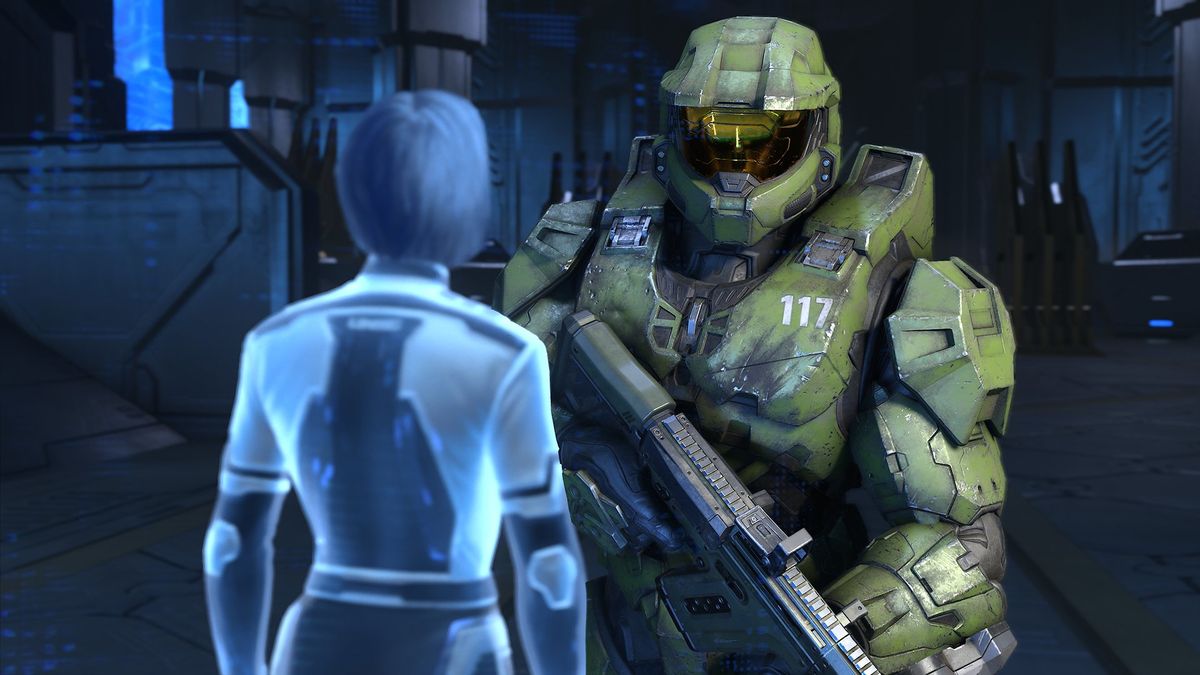 One of Halo’s main writers and current chief creative officer at 343 Industries said he thought the series’ protagonist Master Chief was initially rather bland.

The faceless space marine is one of the most recognizable mascots in gaming and most recently starred in last year’s Halo Infinite on the Xbox Series X|S. But Joseph Staten, who served as writer and cinematic director on Halo: Combat Evolved and Halo 2, and was one of the defining voices behind Master Chief, wasn’t always thrilled with the character.

“At the end of Halo [Combat Evolved]I felt Master Chief had limitations,” Staten said, speaking to the Academy of Interactive Arts & Sciences (opens in new tab). “If we wanted to tell a deeper story, to expand our world, Master Chief was the least interesting character in the Halo universe.

“Through a combination of technology and the choices we made to keep his face covered, I was pulling my hair and going, ‘What can we do with this character?'”

Staten says his frustration with the Master Chief’s honesty ultimately provided the springboard for Halo 2. The sequel shifts the focus from the force-armed super-soldier to the Arbiter – a disgraced Covenant military commander who must atone for failing to stop the events of the first game. He is heavily involved in the plot of Halo 2 and is even featured as a playable character in its single player campaign.

“The reason I was upset with Master Chief and thought he was the least interesting character in the Halo universe is that we’d never put anything against him that felt like real dramatic blocking. a character who could be an equal partner in this dramatic conflict relationship.

“With the creation of Arbiter, I started to feel, ‘This is clicking now. There is real dramatic contrast here. There is a different view, and a villain has his reasons for acting the way he did.’ So everything started to work.”

Elsewhere in the interview, Staten describes how Halo Infinite’s open world suffered a “significant reduction” before its release. Regardless of its final size, you’ll soon be able to explore it with a friend as Halo Infinite co-op is on the horizon.