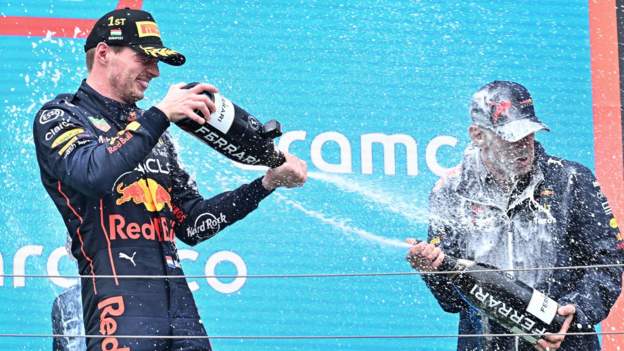 Honda is to continue providing technical support to Red Bull in Formula 1 until the end of 2025.

The Japanese company officially pulled out of F1 last year, but has agreed to continue providing engines and technical support to Red Bull until the end of 2023.

This agreement has now been extended for another two years – until the end of the current engine rules.

Honda says the new deal does not contradict the reasons it left F1.

A joint statement issued by Honda Racing Corporation (HRC) and Red Bull on Tuesday said: “While Honda’s official withdrawal from F1 has allowed the company to divert PU (engine) development resources towards achieving its future goals carbon neutral company, the ongoing agreement with Red Bull does not include development and HRC will be able to continue its partnership with Red Bull within its current resources.”

Engine development has been outlawed in F1 following the introduction of the freeze at the start of the current season, created so that manufacturers are not devoting resources to both existing engines and developing new ones to be introduced in 2026.

However, modifications to power units may be permitted for reliability reasons, with the agreement of the FIA ​​governing body.

Engine manufacturers often find a way to increase performance through these changes.

The original two-year deal was to give Red Bull time to build up its own engine division. That process is ongoing, but Honda’s larger contract appears to effectively free Red Bull to focus on developing the 2026 engine without the distraction of keeping the existing one.

Honda and Red Bull won the world drivers’ championship with Max Verstappen last yearalbeit in controversial circumstances after the rules were not followed properly in a late safety car period at the final race in Abu Dhabi.

This year, Verstappen is on course for a second title and Red Bull are comfortably top of the constructors’ championship.

Red Bull team principal Christian Horner said: “Red Bull’s partnership with Honda has been incredibly successful and we are pleased that this will continue until the end of the current era of FIA power unit regulations in 2025.”

Red Bull is in negotiations with Porsche to join forces from 2026. The German car company is expected to work with Red Bull as an engine partner, providing technical expertise to the team’s own engine development programme.

Porsche’s involvement has yet to be confirmed – the company is awaiting the final version of the 2026 engine regulations, which are still under negotiation.

The basic outline of the engine has been agreed. It will continue to be a 1.5-liter V6 turbo hybrid, as it has been since, but with significant changes compared to the current engines.

F1 is also developing a synthetic fully sustainable fuel for use in the engines, aiming to be carbon neutral in the fuel’s life cycle – it only produces the carbon that is removed from the atmosphere to do so.

However, the details of the regulations, such as development and cost limits, have yet to be agreed.