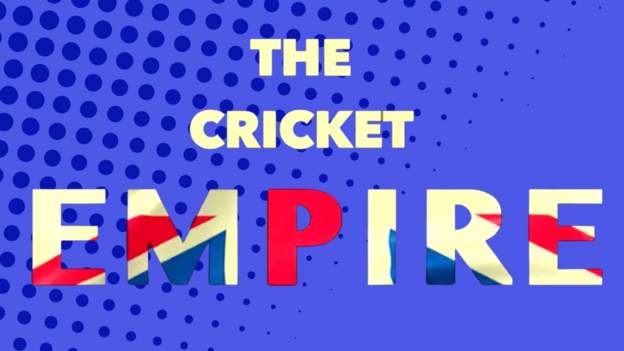 This summer cricket is part of the Commonwealth Games. For the first time, eight women’s teams from around the world will compete for the gold medal.

But cricket has always been part of the Commonwealth, or to give it another name, the Empire.

Like no other sport, cricket reflects and reveals the legacy of this part of British history.

“If you’re a batter and you’re out, you don’t question the umpire’s verdict,” says Dr Prashant Kidambi of the University of Leicester, an expert on Indian colonial history.

“This is a great way of thinking about the relationship, as the British saw it, between the colonizers and the colonized.”

Kidambi’s book Cricket Country looks at the game’s origins there, specifically in modern Bombay where Lord Harris was the British governor in the 1890s.

“As the Empire grew and cricket came into use in different parts of the Empire, people like Lord Harris believed that this was a sign of the success of the British mission of culture,” adds Kidabi.

“Cricket could be a metaphor for Empire itself, ideas of hierarchy, obedience, playing by the rules. But sport was also, from the start, the ground on which communities and societies articulated their own identities.”

If cricket began as a means of making colonial subjects in India feel “more British”, it has now become the most visible and vibrant way of demonstrating Indian national identity.

The same is true elsewhere.

For example, in the former British slave colony of Antigua. Here, while covering England’s first Test against the West Indies in March, we spoke to the man who embodied independent black pride like no other cricketer – Sir Vivian Richards.

“I was really strong on it, so maybe that’s why some people looked at me sometimes and were like, ‘Wow, what an arrogant guy, the way he comes out to bat,’ and stuff like that,” Richards said.

“No, it’s not arrogance. I just believed in people, that’s the most important thing. I classify myself as a human, the same as any other color on earth.

Richards, like many in the Caribbean, is calling for greater recognition of the legacy of slavery.

“Tell the generations and the children, let them know how some apparently gained their wealth,” he said.

“We played a huge role, without getting paid. So we’re hearing a lot now about compensation. That, to me, is a good call.”

This is a matter of enormous importance in many of the islands where cricket is only a legacy of colonial rule.

But in Britain itself, deep questions of representation and accountability have been raised through cricket.

Edgbaston hosts the Commonwealth Games cricket competition. As journalists we have seen first-hand the work that Warwickshire has done there to try to engage with Birmingham’s diverse population, especially the Muslim community. a Ramadan indoor cricket tournament with matches starting after the fast, two thousand people attending Eid prayers at the ground.

These initiatives predate Rafiq’s revelations, but have since become even more important. The alleged racist behavior by members of the crowd during July’s Test match between England and India was hugely disappointing for those at the club committed to participation.

The Commonwealth Games offer another opportunity for progress.

“I really believe that cricket has the power to influence and set an example of how to be inclusive,” says former England international Isa Guha.

“There are so many different communities involved in cricket and that’s how everyone connects.

“Unfortunately, the last couple of years we’ve gone through a period that’s been really uncomfortable. And it’s been difficult for everyone involved in cricket. We all have to take a look at ourselves and get better.

“Unfortunately, band aid had to be removed to reveal these uncomfortable truths so we could move on. But cricket has the power to do that, through the Commonwealth too.”

There is also great excitement among organizations such as the charity Chance to Shine that the Commonwealth Games, as a women’s tournament, will spark another wave of female participation. The tradition of cricket is innovative.

Kidambi believes this also applies to the Commonwealth.

“Politically, there has been a fragmentation of the Commonwealth,” he says.

“As the world becomes more polarized, the Commonwealth offers a zone where countries can come together. Someone will win and someone will lose. But you have taken part in a joint exercise. And that is valuable.”

More than a century after the British promoted cricket as a “civilizing mission”, this sense of common purpose and shared identity remains.

This summer, that may be a legacy of the Cricket Empire we see in Birmingham.