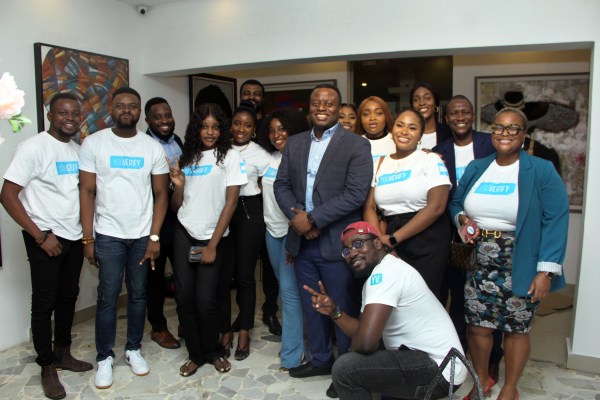 This past month several African fintechs, such as Flutterwave and Union54, made headlines for compliance audits and fraud issues. Both unrelated events re-emphasise the importance of know-your-customer (KYC) and anti-money laundering (AML) checks, and why regulators are enforcing strict policies that hold financial institutions accountable during their operation across the continent and worldwide.

For the many startups whose services help control the operations of financial institutions such as banks and financial services, this period highlights their relevance more than ever. In the latest development, Verify, a Lagos and San Francisco-based identity verification company that helps African banks and startups automate KYC and other compliance processes, announces that it has secured a $1 million expansion. The startup raised a $1.5 million round in 2020, bringing its total raise to $2.5 million.

The proliferation of financial services in Africa is beginning to attract more scrutiny from regulators. According to reports, $116 billion worth of transactions will take place through digital payment channels this year, requiring strict measures to prevent identity theft and fraud. Therefore, increasing focus on maintaining transparency in financial regulations and improving KYC and AML strategies by implementing regulatory technologies has become a major growth factor for the market. And as regtech demand grows globally, so will Africa, with reports saying it will reach around $1.2 billion in the next five years.

Youverify entered Africa’s regtech scene when he was the founder and CEO Gbenga Odegbami founded the company in 2018. Starting in the Nigerian market, Youverify initially provided address and identity verification APIs to several financial institutions. It has now added more KYC products and expanded to new markets such as Ghana, Cote d’Ivoire, South Africa, Kenya and Uganda.

“The way our customers see us is that we help them automate their KYC and compliance issues,” Odegbami said on a call with TechCrunch.

In addition to verifying identities beyond bank verification number (BVN) and Nigerian addresses, Odegbami says Youverify overlays KYC and compliance products such as transaction tracking. He further explained that these offers cover issues that some fintech platforms have faced recently: alleged AML issues in the case of Flutterwave in Kenya and Ping Express in the US, and fraud in the case of Union54’s chargebacks. In the latter, Youverify claims it could have prevented large-scale chargeback fraud by spotting the pattern of transactions to flag fraud, blocking the dummy cards and linking them to fraudsters committing the multiple fake chargebacks.

“They [Union54] they developed faster than they could implement proper transaction monitoring and fraud detection systems that would detect transactions made by their customers,” the CEO said about the chargeback situation faced by Union54 in the past two months. “A system like ours would be able to identify past and new patterns in such a way that we could help such a company.”

It was only last year that Youverify got into fintech. Initially, most of its clients were government agencies, large companies such as Bolt and banks. Almost two-thirds of Nigeria’s commercial banks, including Standard Chartered, Standard Bank and Fidelity Bank, use the platform’s identity verification and KYC products, Youverify said.

However, in an effort to serve more customers, the company launched its proprietary technology, Youverify OS (YVOS), which provides a single platform for automating due diligence and combines risk and compliance management with its core verification platform identity to provide these fintechs with an enterprise-grade compliance solution. With its other product, vFORM, a low-code, no-code tool, businesses can create a custom process for onboarding new customers using a drag-and-drop builder.

As a result of customer diversification and demand for KYC products, Odegbami said Youverify’s customer base has grown by 300% to serve more than 400 banks and high-growth startups. In the past 24 months, Youverify’s application processes have grown by more than 1,000% to more than 5 million applications that have helped its clients hire talent, sell financial products and remotely drive. The company’s YouID digital identity platform has added more than 500,000 users, with 600 service providers on the market’s waiting list across the continent. Odegbami said the Lagos-based identity verification company crossed an ARR of over $1 million last year.

Youverify is not the only identity verification company in Africa. Similar providers include Smile Identity and YC-backed companies IdentityPass and Dojah. Without mincing words, Odegbami said his company is a “market leader” because it entered the market much earlier and has more experience and provides more data sets than the others.

In the next 18 months, Youverify plans to grow its footprint to cover 30 countries, especially in the southern, eastern and French-speaking regions of Africa, where Odegbami says the company will be recruiting aggressively. It also plans to increase the number of identities it can verify, from 400 million to 2 billion, and develop new automated compliance products for the gaming, travel, healthcare and telecom industries.