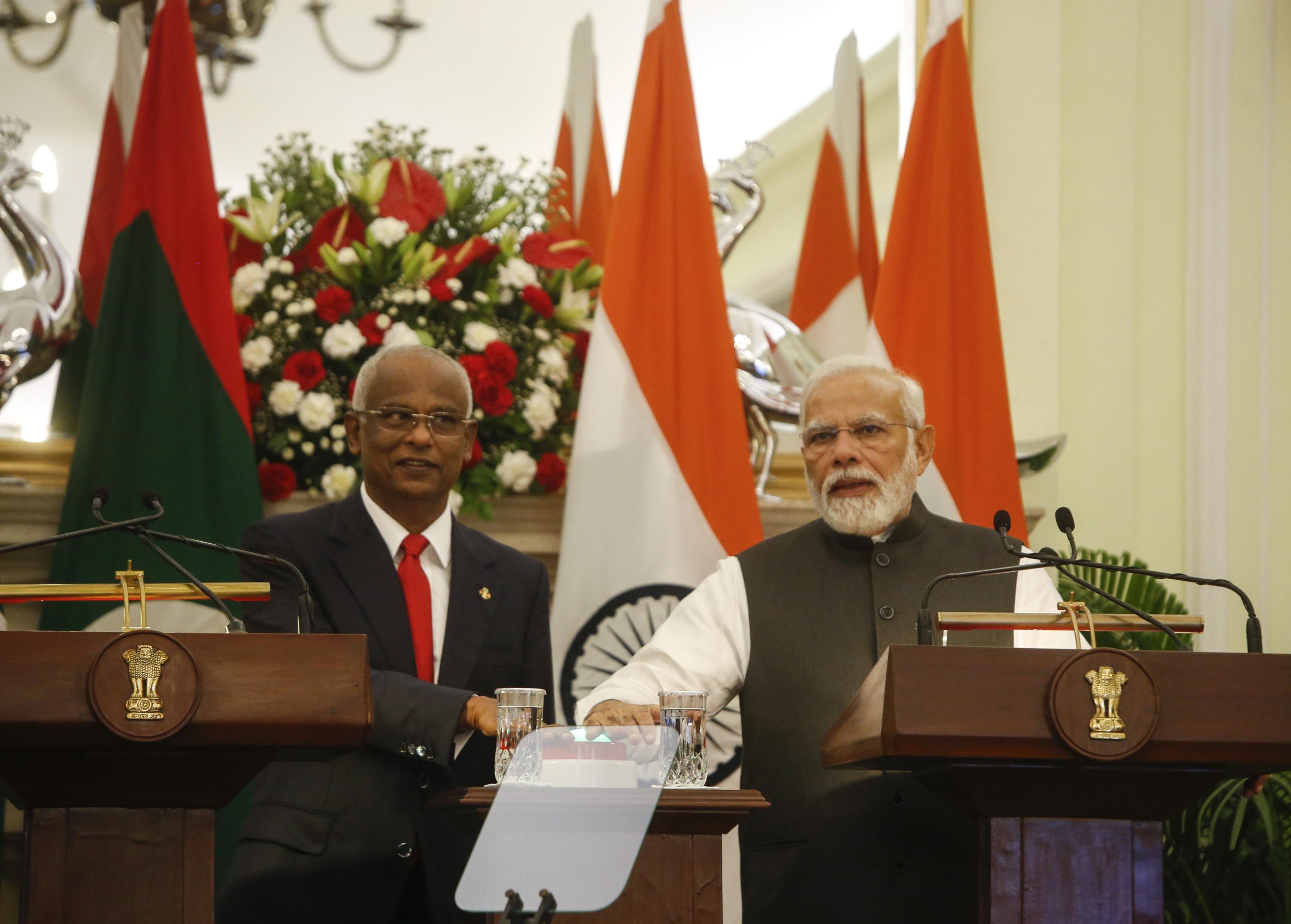 Solih arrived in India on Monday for a four-day visit. The two countries signed six agreements to enhance cooperation in various fields, including disaster management, cyber security and housing affordability.

The two leaders also marked the start of the construction of the Greater Male Connectivity Project, a 6.74-kilometer bridge and footbridge funded by India that will connect the country’s capital, Male, with three other islands.

Both stressed the importance of close ties between their two countries as vital to peace and stability in the region.

“There has been renewed vigor in friendly ties between India and Maldives. Our closeness has grown,” Modi said, adding that despite the challenges triggered by the Covid-19 pandemic, cooperation between the two countries has strengthened.

Solich said the two leaders discussed terrorism and the need “to strengthen maritime security in the Indian Ocean region”. Neither mentioned China, but Solih’s election in 2018 marked a shift from his predecessor, Abdulla Yameen Abdul Gayoom, who developed close ties with Beijing in a region India sees as its doorstep.

India has been concerned about Yameen’s tilt toward China, which has sought to gain more influence in the Indian Ocean. The former president had pledged to support China’s Belt and Road Initiative, with the country investing in several infrastructure projects in the Maldives.

“Maldives will always remain a true friend of India,” Solich said on Tuesday, adding that the relationship between the two would be of “top priority”.

His visit follows an announcement that he will run for re-election in 2023. Since taking office, the Maldivian president has touted his government’s “India first policy” and pledged full support for deepening ties with New Delhi.