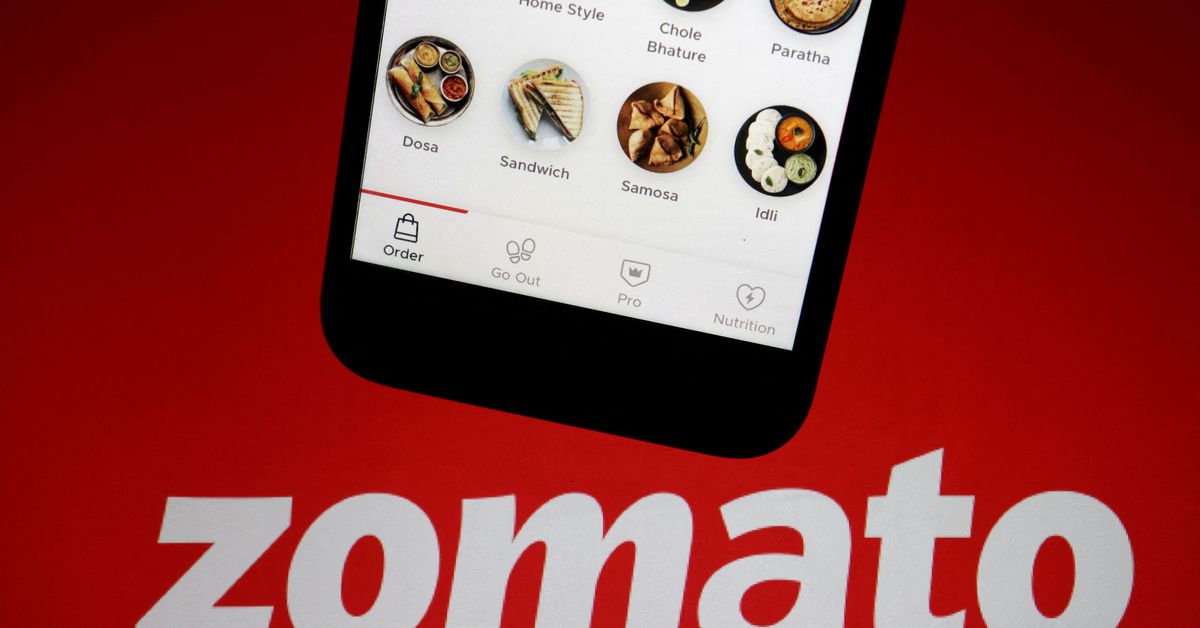 Indian food delivery company Zomato’s app is seen on a mobile phone above its logo shown in this picture taken July 14, 2021. REUTERS/Florence Lo/Illustration

BENGALURU, Aug 2 (Reuters) – Shares in Indian food delivery company Zomato Ltd ( ZOMT.NS ) jumped more than 18 percent on Tuesday and were poised for their best session, a day after the Ant Group-backed company ( 688688.SS) recorded more orders and narrowed its losses in the June quarter.

The Gurugram-based company, which operates in more than 1,000 towns and cities in India, posted a quarterly loss of 1.86 billion rupees ($23.67 million) on Monday, compared with a loss of 3.56 billion rupees last year.

Revenue from operations, which comes mainly from its core food delivery and related fees it charges restaurants to use its platform, rose 67% to 14.14 billion rupees in the quarter ended June 30.

Gross order value – or the total value of all food delivery orders placed online on Zomato’s platform – rose 41.6% and the company said adjusted EBITDA for its food delivery unit was flat for the quarter.

“We like Zomato for its long growth trajectory, steady market share gains and quick turnaround to profitability, despite challenges – slower growth than last two years and heavy investments in Quick Commerce, where profitability has not is visible in the near future. Morgan Stanley analysts said.

The brokerage reiterated coverage on the stock with an “overweight” rating and a price target of Rs 80.

The stock, which has lost nearly 60% from its debut price a year ago, was last up 16.5% at 54 rupees, rebounding from record lows seen last week.