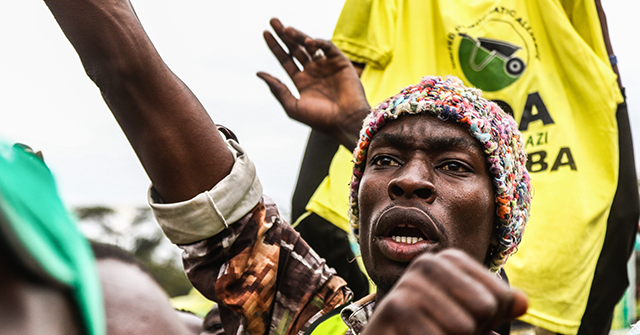 A Kenyan government agency threatened Facebook with suspension last week if it did not promptly remove ads that had been deliberately submitted by a third party to test Facebook’s compliance with Kenyan hate speech laws ahead of general elections in August 9, although Kenyan government ministers said Monday that such a suspension would not happen, Voice of America (VOA) mentionted.

Kenya National Cohesion and Integration Commission (NCIC) was issued a warning to US-based tech company Meta, which owns social networking platform Facebook, on July 29 saying the company had seven days to “address hate speech and incitement on the platform” about upcoming elections in Kenya, “otherwise its operations will be suspended,” Reuters reported at the time.

“NCIC is in talks with the Communications Authority of Kenya (CAK), which regulates social media companies, and will recommend the suspension of Meta’s operations,” NCIC commissioner Danvas Makori said on July 29.

Makori accused Facebook of violating Kenya’s hate speech laws, in addition to its constitution, by allowing certain ads to run on its local pages, citing the findings of an investigation by advocacy group Global Witness.

“We decided to test Facebook’s ability to detect hate speech before the Kenyan elections by pulling ten real examples of hate speech used in Kenya since 2007 and submitting them for approval. In total, we submitted twenty Facebook ads covering the ten real-life examples of hate speech and their corresponding English or Swahili translation,” Global Watch He wrote on July 28.

“After making minor grammatical changes and removing several profanities, Facebook approved the ads even though they contained clear hate speech,” according to the organization.

“All of the ads we’ve submitted violate Facebook’s community standards, flagging hate speech and ethnic incitement to violence. Much of the speech was dehumanizing, comparing specific racial groups to animals and calling for rape, slaughter and beheading. We are not deliberately repeating the phrases used here as they are highly offensive,” Global Watch said.

NEW | Ahead of Kenyan elections, which are expected to be tightly contested, we tested Facebook’s ability to detect hate speech.

Kenyan Home Affairs Minister Fred Matiangi said the NCIC had taken “a careless decision on the matter” when asked about the matter on August 1.

“He assured the public that the platform [Facebook] it will not close,” VOA reported.

“He said that while the issues raised were valid, they did not justify blocking Facebook,” the US government-funded broadcaster reported.

“This is outside of our legal mandate and we have worked with Facebook and many other platforms,” ​​Muchera clarified.

“Facebook for example in this pre-election period has deleted over 37,000 inflammatory comments [sic]”, write down.

Reuters on July 29 described the NCIC as a “guardian of national cohesion” that aims to “promote national harmony among Kenya’s 45 tribes, some of which have targeted each other during past poll violence.”

The NCIC was apparently concerned that the Facebook ads in question could potentially inflame ethnic tensions before or during Kenya’s August 9 presidential, legislative and local elections.

TikTok’s parent company, Bytedance, is a technology company based in Beijing. The Washington Post mentionted in August 2021 that China’s central government had recently “taken an ownership stake in a subsidiary that controls ByteDance’s domestic Chinese social media and information platforms.”

Kenya law does not expressly define “hate speech”, although article 33 of the constitution of Kenya forbids “hostile speech? or advocacy of hatred which— constitutes ethnic incitement, defamation of others or incitement to harm; or is based on any ground of discrimination specified or dealt with in Article 27.”