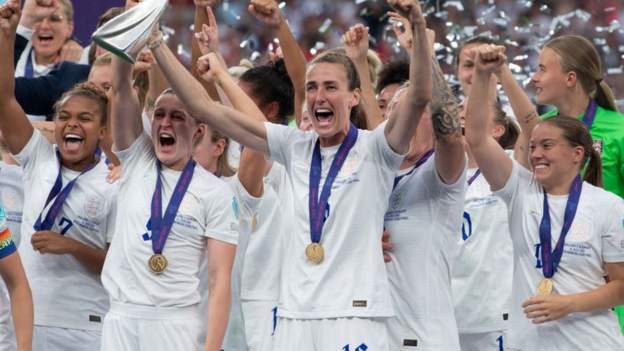 The first meeting between the sides at Wembley is dependent on Sarina Wiegman’s side securing World Cup qualification in September’s final two groups.

The Lionesses need a point in Austria on Saturday September 3 or a win at home to Luxembourg three days later.

“It would be the perfect game to meet another strong team after so many tough games at the Euros,” said Wiegman.

“It’s good that we’re enjoying the moment we’re in after this great summer, but we know we still have work to do to take the next step forward.”

England, who beat Germany 2-1 in the final in front of a joint all-time Euro record 87,192 at Wembley on Sunday, have already sold more than 20,000 tickets for their final World Cup qualifier with Luxembourg.

“As a team we are not taking anything for granted with our aim of reaching the World Cup and whoever we play at home in October, it will be special to have another game at Wembley,” Wiegman added.

“After the positive experiences we’ve had this summer, it will be great to welcome back as many fans as possible so we can say thanks again for their incredible support.”

England are currently five points clear of Austria in their World Cup qualifying group, with the finals taking place in Australia and New Zealand next summer.