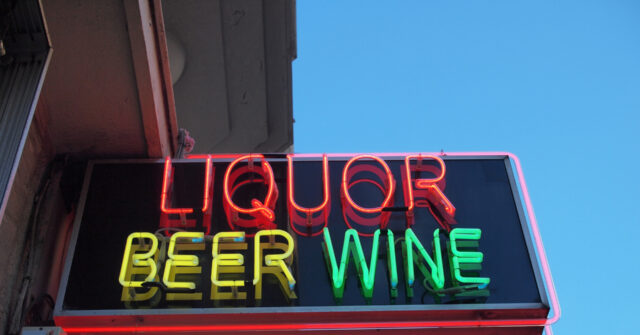 Surveillance video shows a liquor store owner in Norco, California, pull a shotgun and shoot an alleged robber with an AR-15 shortly before 3:00 a.m. Sunday.

ABC 7 References This video shows the alleged robber entering the store with his AR-15 pointed at the owner, who immediately fired a round from his shotgun, causing the suspect to flee.

The suspect screamed as he fled, “He shot my arm! He shot my hand off!’

A bandit with rifles is no match for a shotgun #Norco liquor store owner. Eyewitness News of the incredible escape and update on the liquor store owner who suffered a heart attack after the attempted robbery. Tonight at 11 on ABC7. https://t.co/bwrPzH6BHE pic.twitter.com/3j14lfGTcb

FOX 11 notes that the three suspects in the getaway car were identified as “Justin Johnson, 22, of Inglewood, Jamar Williams, 27, of Los Angeles, and Davon Broadus, 24, of Las Vegas.”

The getaway vehicle was a stolen BMW.

The injured suspect, a 23-year-old man, remains in hospital and has not been identified.