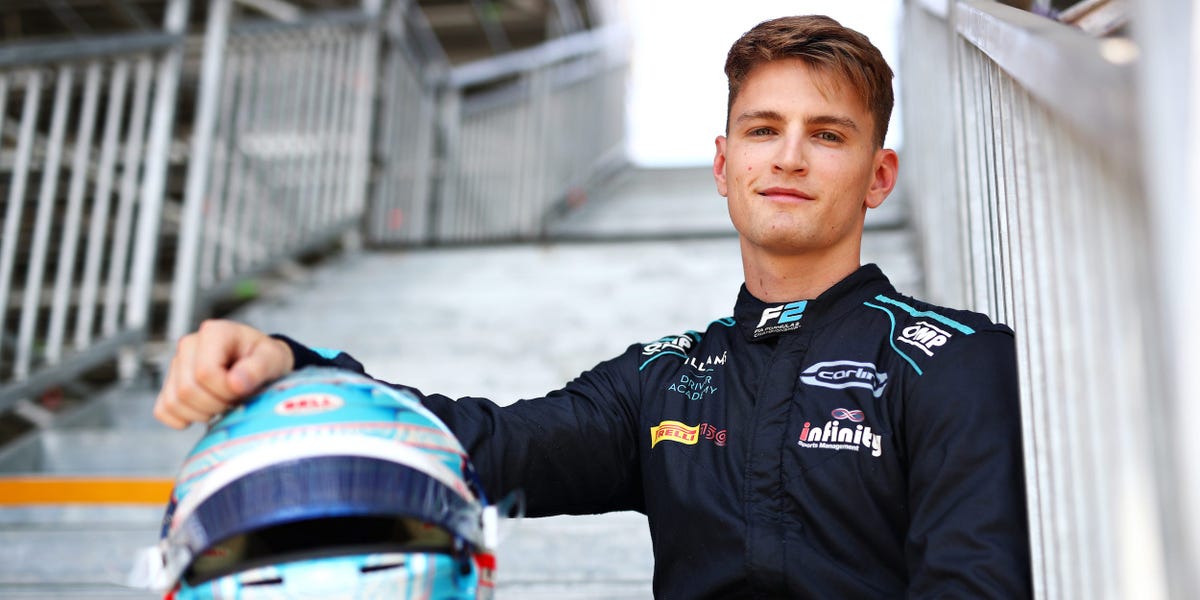 Logan Sargeant may not be well-known in the US motorsport world, but he has suddenly emerged as a strong contender to step up to Formula 1 and end the sport’s drought of American drivers.

On Tuesday, F1 team Williams Racing announced that Sargeant would make an official test drive with the team during the first practice ahead of the United States Grand Prix in October.

“Taking part in my first FP1 in Austin is something really special for me and something I’m sure I’ll cherish for a long time,” Sargeant said after the announcement. “I’m just looking to make the most of it, learn as much as I can and enjoy the moment.”

Sargeant acknowledged that he’s not yet a big name on the American landscape, but he hopes this opportunity will change that.

“I’m not sure they’ll know who I am, but I hope they will after this session,” Sargeant said. “I think the atmosphere at COTA is always one of the best, and obviously it’s going to be FP1, so it might not be too crazy, but hopefully they’ll be out to support [me].”

Williams Driver Academy member Sargeant races for Carlin and has surprised many with his performance in his first season in F2. He became the first American to win an F2 race earlier this season at the British Grand Prix and later added a second victory at the Austrian Grand Prix.

The race is on

And now the race is the first American driver in F1 since current IndyCar driver Alexander Rossi started five races in 2015. The last full-time American driver on the grid was the aptly named Scott Speed ​​in 2006 and 2007. Before Speed, you have to go all the way back to Mario Andretti in 1982, who was the last American to win an F1 race.

Sargeant will be the second American to test drive F1 this year, joining more famous IndyCar driver Colton Herta, who tested with McLaren. However, Herta’s trial was mid-week and private and was not part of an official match weekend.

While Herta has long been seen as the most likely to break out as the next American F1 driver thanks to his ties to McLaren and Michael Andretti’s hopes for an expansion F1 team, Sargeant may have the clearest and fastest route.

So far, Andretti’s hopes of buying an F1 expansion team have not received enough support from other teams and appear to have stalled.

As for McLaren, Herta has other competitors for a potential spot in IndyCar drivers Pato O’Ward (who already drives for McLaren’s IndyCar team) and Álex Palou (who will join McLaren in 2023 with his eyes on in F1). There is also the question of when McLaren will have a seat available. Daniel Ricciardo is under contract until 2023 and has said he plans to be in the car, meaning the opening may not come until 2024.

Meanwhile, both Williams drivers Alex Albon and Nicholas Latifi are out of contract this season. While Albon has a good chance to return, Latifi is expected to be out, potentially opening the door for Sargent.

One thing that could stand in Sargeant’s way is the unknown status of Australian prospect Oscar Piastri. The 2021 F2 champion is Alpine’s reserve driver and on Tuesday, Alpine announced that Piastri will be their second driver in 2023. Piastri later debunked this announcement, saying he has not signed a contract and will not be their driver next year.

This could mean that Piastri is already committed to another team and Williams is a team he has been linked with for next season. If so, that would close the door on Sargeant.

Things are also complicated if Sargeant wins the F2 championship. Drivers who win the title are not allowed to return the following season. If Sargeant doesn’t take Williams’ spot, he could be elevated to reserve driver, the same path Piastri took. But like Piastri, that would leave Sargeant without a car to drive next season.

“That would be a big headache, wouldn’t it?” Capito said earlier this season. “I’ve had worse. Of course we’re impressed. You know, it’s his first season in F2. We didn’t push him. So like I said, he’s got time to develop and he’s really impressed us with how quickly he’s got to grips with the car, the tire management and the results… He will be in a Formula 1 car in the future, I am absolutely convinced.”

With F1 making strong inroads with American audiences thanks to the Netflix series Drive to Survive, the success of the US Grand Prix and Miami Grand Prix, and the upcoming Las Vegas Grand Prix, those fans may soon they have an American to root for on the gridiron. If Logan Sargeant is the one to show up, they’ll know that name quickly.