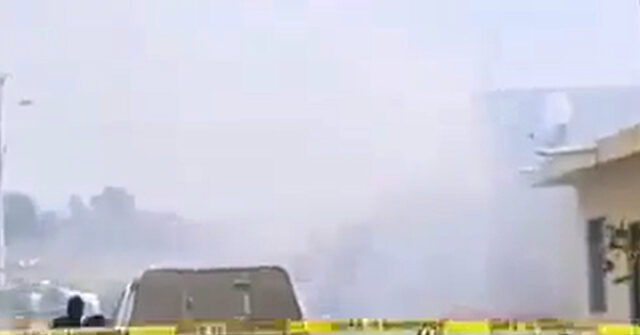 Cartel gunmen planted an explosive device at a crime scene where they left a dismembered body in central Mexico. Officials claim the ensuing blast, which injured three police officers, was a deliberate attack on state police late last week.

State police and ministerial investigators responded to a home in Irapuato, Guanajuato, for a call about a dismembered body. As authorities processed the crime scene, an explosive device was detonated. A local crime scene reporter captured the explosion on video.

The explosion was a decoy meant for state authorities to react, according to Guanajuato Attorney General Carlos Zamarripa. Following the incident, authorities are taking extra precautions at crime scenes.

The once peaceful state of Guanajuato has become a violent hotspot in recent years as criminal organizations fight for control of the lucrative fuel theft market and trafficking routes. In previous years, a local organization known as the Santa Rosa de Lima Cartel used explosive devices against authorities and opponents. In addition, CJNG has a history of using explosives.

The Mexican federal government actively suppresses information about cases of IEDs and other explosive devices used by cartels in order to avoid indicators of a terrorist threat.

Ildefonso Ortiz is an award-winning reporter for Breitbart Texas. He co-founded Breitbart Texas’ Cartel Chronicles project with Brandon Darby and senior Breitbart executives. You can follow him Twitter and up Facebook. You can contact him at Iortiz@breitbart.com.

Brandon Darby is the managing director and editor-in-chief of Breitbart Texas. Co-founded the Breitbart Texas Cartel Chronicles project with Ildefonso Ortiz and senior Breitbart executives. Follow him Twitter and Facebook. You can contact him at bdarby@breitbart.com.