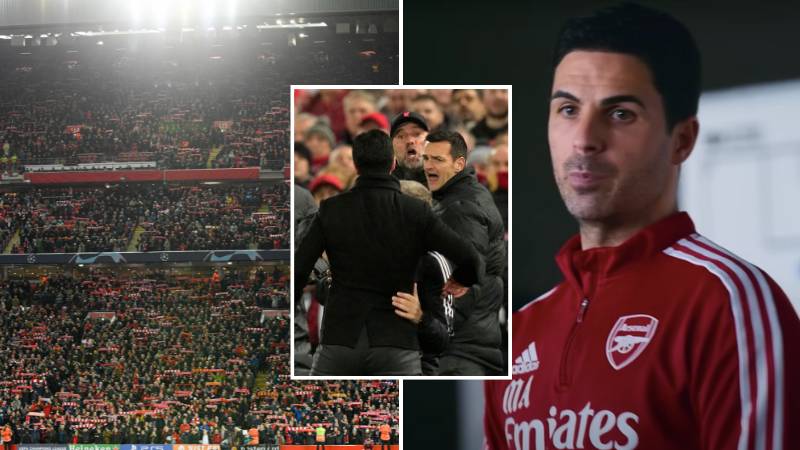 Liverpool play the iconic anthem, recorded in 1963 by Gerry and the Peacemakers, before every home game at Anfield.

The famous atmosphere created by Liverpool fans has brought many special nights under the lights and can be difficult for opposition players to deal with.

And so last season, when Arsenal traveled to play Liverpool, he decided to have his Gunners handle the soundtrack they would play to.

“Obviously we work a lot on the game, but sometimes you work on the atmosphere a little bit,” Cedric said. JOE.

“Anfield is a very well-known ground here. It’s always difficult to play there because of the quality, we know the fans will help their team. So Mikel tried to prepare it as much as he could and his idea was to bring speakers and created a bit of chaos during training, so the players had to adapt immediately.

“It’s also good for the players to have something different in training and also for that in your mind. It will be there, it will be strong, but we have to do our job.”

In the away game against Liverpool, Arsenal were playing relatively well, but a heated argument between Jurgen Klopp and Arteta fired up the home fans and they went on to hit the visitors four times without reply.

“Yes I did it [speak to Klopp after] and I congratulated him. These moments stay on the field.”