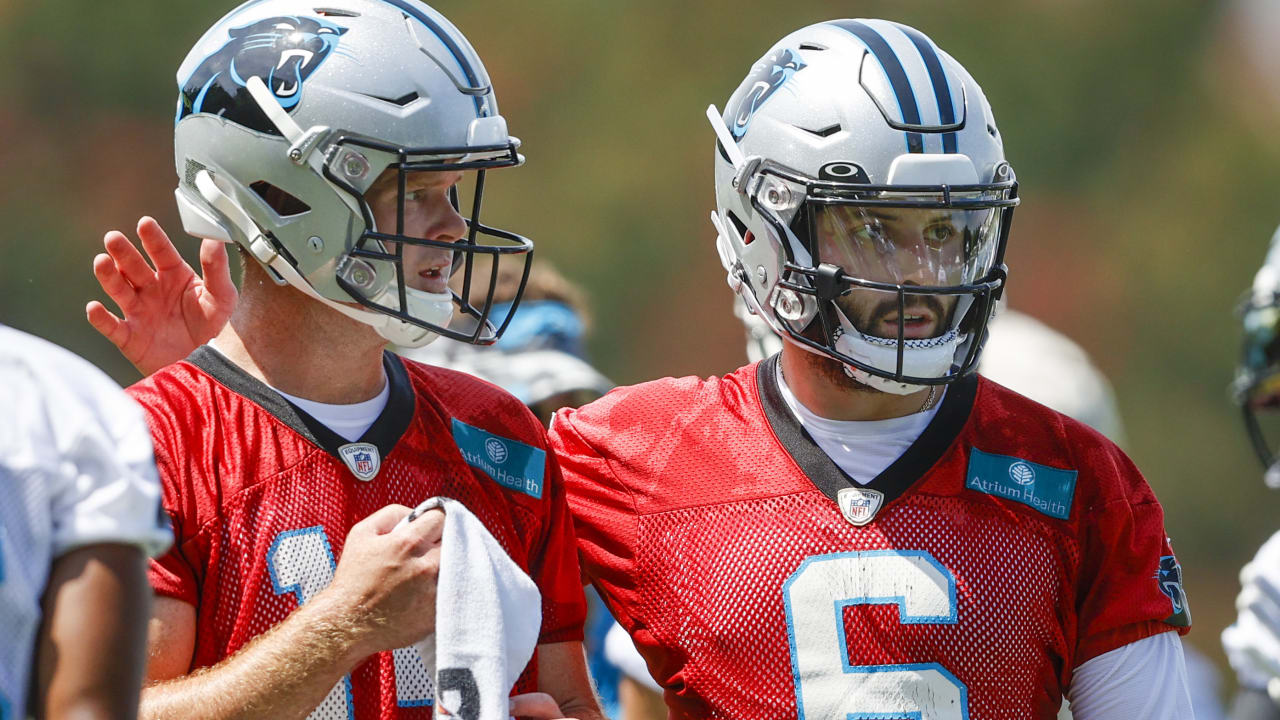 Baker Mayfield and Sam Darnold continue to alternate days with the Carolina Panthers’ first-team offense in the battle for the QB1 position. Darnold took the 1 reps in Monday’s packed practice, with Mayfield leading the way on Tuesday.

Mayfield said he appreciated how honest coach Matt Rhule and the staff were in how the contest was conducted.

“Everything was extremely transparent,” Mayfield said, through the team’s official website. “They tell us exactly how they handle it. It’s not told to one person, and Sam hears something else; it’s right in front of us and it’s clear and comprehensive.”

Rhule said last week that he’s not close to a decision on a Week 1 starter, which isn’t surprising in the nascent stages of training camp. The longer the battle goes on, the better Mayfield will know the offense.

The quarterback said he’s “much more comfortable” in the program than he was a week ago.

“For me, it’s obviously not second nature yet, but I’m trying to take those steps toward you learning the reads well enough to the point where it’s a reaction to go through the progressions and know where to go,” he said. “Last week was definitely slower than I would have liked, but that’s to be expected. I want to make some strides this week with repeat calls and get better.”

We’ll get a better idea of ​​where Carolina’s QB battle stands when the Panthers begin preseason action on Saturday, August 13, against the Washington Commanders.