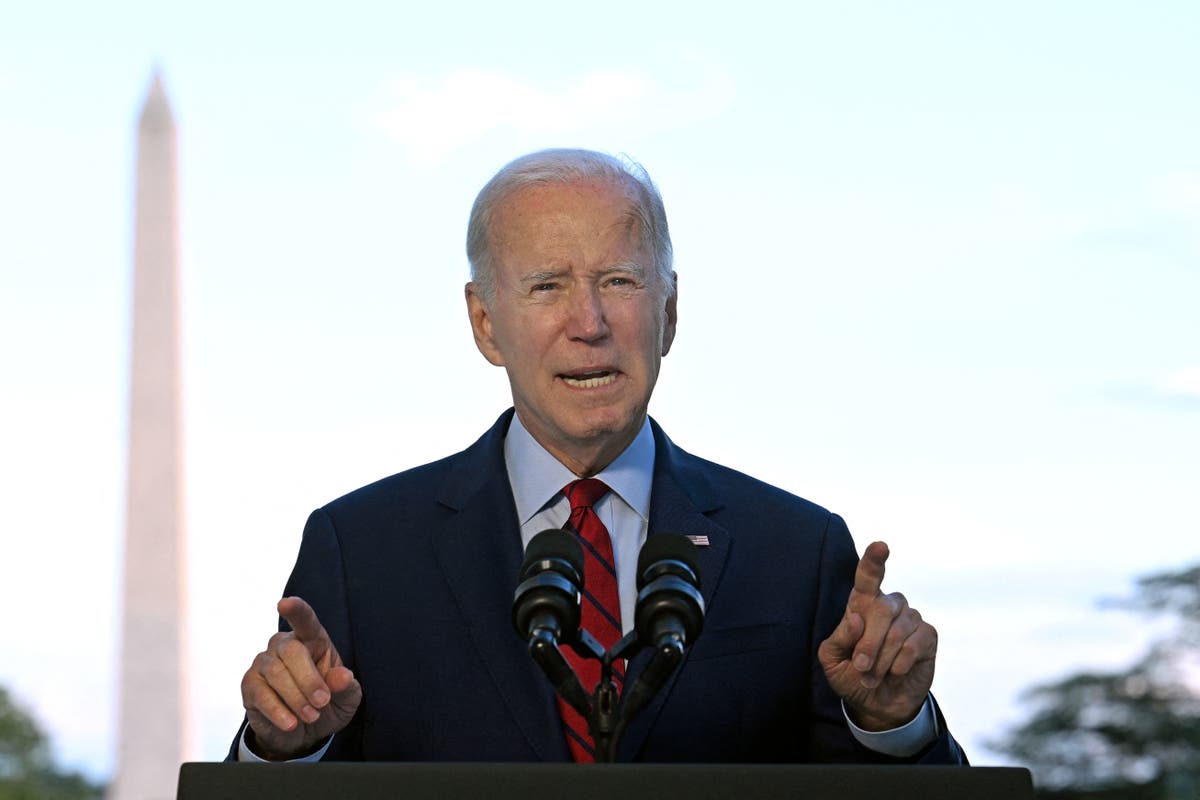 President Joe Biden announced that the United States carried out a drone strike that killed Ayman al-Zawahiri, the leader of al-Qaeda.

Mr Biden, who is currently in isolation after recovering from a case of Covid-19, said from the White House balcony that he approved the mission, which took place in Kabul, the capital of Afghanistan.

“Now, justice has been served,” Biden said. “And that terrorist leader is no more. People around the world no longer need to fear the vicious and determined killer.”

Mr. Biden described in his speech how the al Qaeda leader was responsible not only for the 9/11 deaths, but also for the bombing of the USS Cole, which killed 17 American sailors, and the bombings of the U.S. embassies in Kenya and Tanzania.

“He blazed a trail of murder and violence against American citizens, American military personnel, American diplomats and American interests,” the president said.

“We’re making it clear again tonight. That however long it takes, wherever you hide. If you are a threat to our people, the United States will find you and take you out,” he said.

The drone killing raises questions for many, notably the Taliban, who had promised in the 2020 Doha Agreement on the terms of the US withdrawal from Afghanistan that they would not harbor members of al Qaeda.

The Taliban initially tried to portray the strike as America’s violation of the Doha agreement, which also includes a Taliban pledge not to protect those seeking to attack the US – something al-Zawahri has done for years in online videos and in online chats.

The Taliban have not yet said who was killed in the attack. “The killing of Ayman al-Zawahri has raised many questions,” said a Pakistani intelligence official, who spoke on condition of anonymity. The Associated Press.

“The Taliban knew about his presence in Kabul and if they didn’t, they need to explain their position,” the official said.

A senior Biden administration official who briefed reporters on the details of the successful operation said the strike against al-Zawahiri was “several years in the making.”

The official said the US intelligence community located members of the al Qaeda leader’s family, including his wife, daughter and children, in a safe house in Kabul this year.

Intelligence officials were able to “increase [their] belief’ that al-Zawahiri was ‘present’ at the Kabul safe house despite family members engaged in ‘long-standing terrorist trafficking’.

“We located al-Zawahiri on several occasions, for extended periods of time, on the balcony where he was eventually struck,” the official added. The official said Mr. Biden was first informed of developing information about al-Zawahiri’s location in early April, and stressed that intelligence officials had gone to great lengths to minimize the risk of civilian casualties, as well as consider the consequences of a drone attack on a building. in the center of Kabul.

The official said Biden continued to receive briefings on developing intelligence about al-Zawahiri through May and June of this year, and during that time he “convened … several meetings” with “key advisers and members of cabinet” in which they “look carefully[d] intelligence and assessment[d] the best course of action.”

The president was then briefed on a “proposed operation” against the al Qaeda leader on July 1 during a meeting in the White House Situation Room along with Director of Central Intelligence William Burns, Director of National Intelligence Avril Haines , National Counterterrorism Center Director Christine Abizaid and his national security adviser, Jake Sullivan.

Mr. Biden gave the final order authorizing the mission after a July 25 meeting with “key Cabinet members and advisers.”

“At the conclusion of the meeting, the President authorized a precision tailored air strike on the condition that a strike minimizes the risk of civilian casualties as much as possible. That authorization meant the US government could launch an airstrike as soon as the opportunity arose,” the official said, adding that it took place at 9.48pm. ET using two AGM-114 “Hellfire” missiles launched by a US drone.

The official said al-Zawahiri’s death “deals a significant blow to al-Qaeda and will degrade the organization’s ability to operate, including against the US homeland.”

“This mission was carefully planned, strictly minimizing the risk of harm to other civilians,” Biden said during his speech. “And a week ago, after I was informed, the conditions were optimal. I gave the final approval to go get him and the mission was a success.”

Mr. Biden’s announcement comes on the eve of the one-year anniversary of the United States’ withdrawal from Afghanistan. Mr Biden’s approval ratings plummeted after the Taliban took over the country faster than expected and after 13 US servicemen were killed in an explosion at Hamid Karzai International Airport in Kabul.

“I made a promise to the American people that we will continue to conduct effective counterterrorism operations in Afghanistan and beyond. We did just that,” he said.