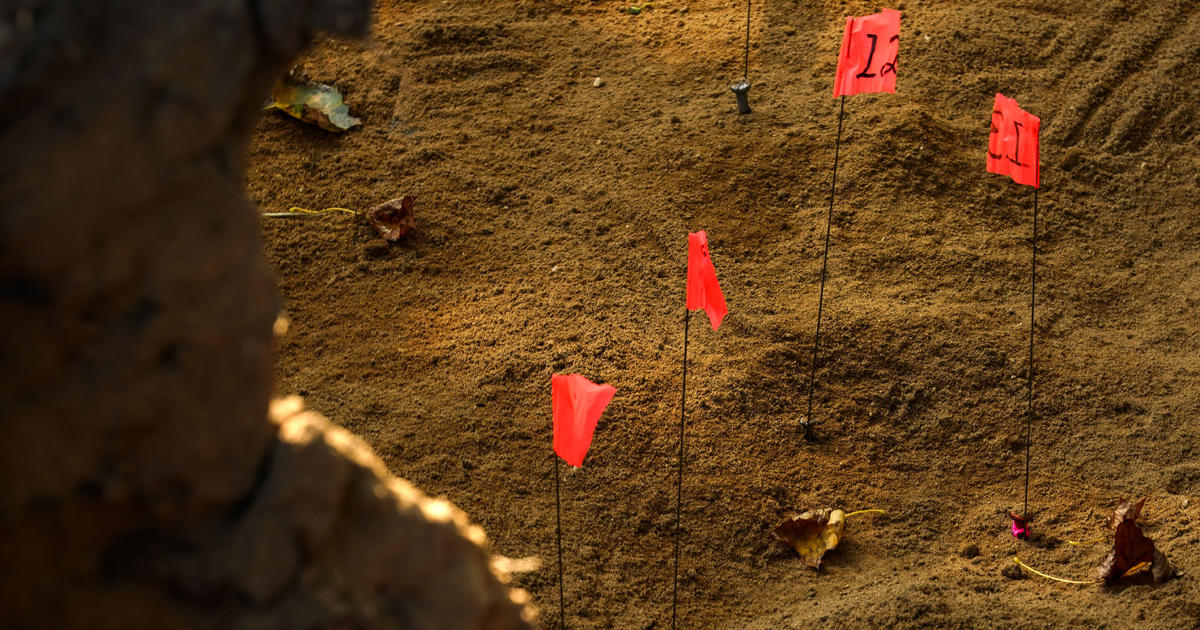 Researchers believe they have discovered in a New Jersey mass grave the remains of up to 12 Hessian soldiers who fought during the Revolutionary War, officials announced Tuesday.

The remains, found at the site of Fort Mercer and at the Battle of Red Bank in 1777, remained for 245 years until a human femur was found in June during an archaeological dig of a ditch system that surrounded the fort, scientists said. Additional excavation yielded more skeletal remains and artifacts, including pewter and brass buttons and a King George III gold guinea, which would have been a soldier’s pay for a month.

A group of scientists from Rowan University and officials from Gloucester County presented their preliminary findings during a news conference at Red Bank Battlefield Park, just south of Philadelphia.

Officials believe the remains are part of a mass grave of Hessian soldiers – German troops hired by the British – who were part of about 377 soldiers killed by colonial forces during the Battle of Red Bank. The Americans lost 14, historians said.

The victory allowed the Americans at the fort to delay the British moving supplies up the Delaware River.

“Based on everything we’ve found and the context of what we’ve found, these appear to be Hessians,” Wade Catts, principal archaeologist at Delaware’s South River Heritage Consulting, said in a statement.

The remains were turned over to forensic anthropologists with the New Jersey State Police Forensic Unit to extract DNA from the bones and teeth to determine their origin. Additional studies are conducted to examine life history, health, and disease.

Scientists hope they will be able to identify the remains and find their descendants.

“We hope that eventually, maybe, we will be able to find some of these individuals,” Rowan University public historian Jennifer Janofsky said in a statement. “If we can extract their stories, and if we can tell their stories, it allows us to put a name to a face. And that, to me, is a very powerful moment in public history.”

Officials said the remains were exhumed with “extreme care” to preserve the dignity of the war dead.

When the study is completed, they will be buried elsewhere and the trench will be refilled. The plot will be integrated into the park on a bluff overlooking the river.

“Archaeology helps us better understand what happened on the battlefield,” Janofsky said.

More than a decade ago, archaeologists discovered other artifacts – some from the 1770s and others dating back to 500 BC. – in front of a museum at Red Bank Battlefield Park, CBS Philadelphia reported.

Some of the artifacts included pieces of stone that were knocked off when Native Americans were making arrowheads and spears, as well as pottery. They also discovered pieces of plates, bottles, glass, clay smoking pipes, buttons, French-made flints from guns from the 1770s and an Andrew Jackson victory button dating from 1828.