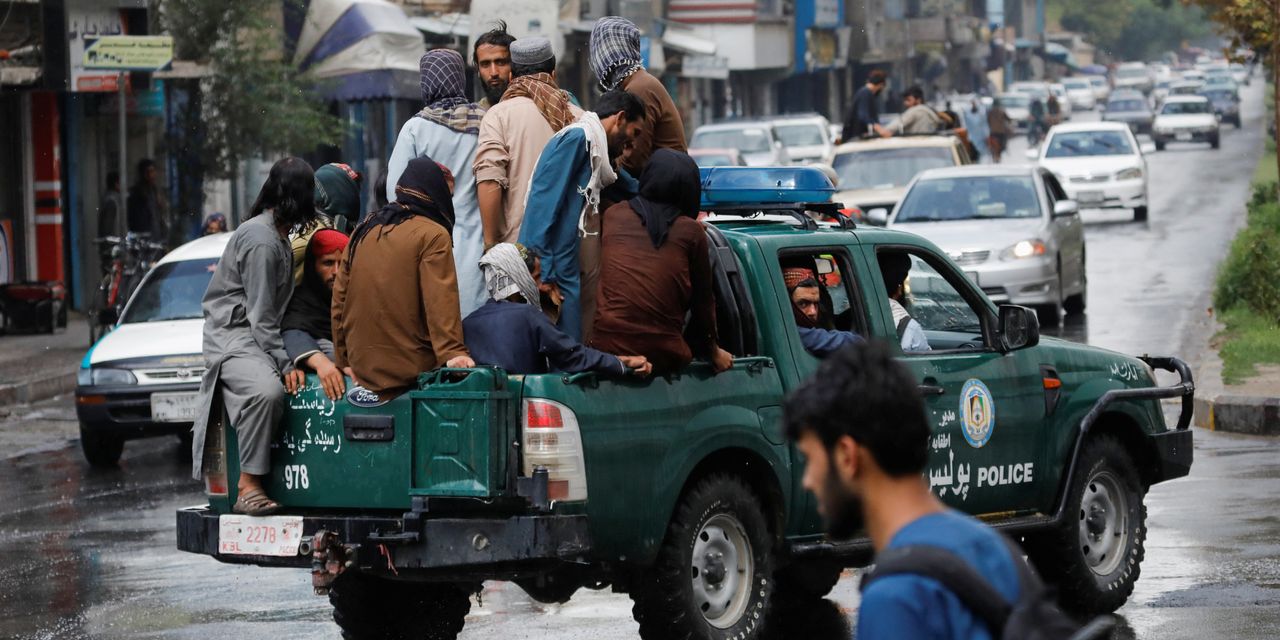 Al Qaeda leader Ayman al Zawahiri lived for months in the heart of Kabul, a short walk from the now-closed British embassy and next to a house owned by a longtime ally: Sirajuddin Haqqani, the powerful interior minister of the Taliban, according to a person briefed on Taliban officials.

In the hours after the terror mastermind was killed by a US drone strike as he stood on the balcony of his home, Taliban security officials descended on the building to wipe away signs of al-Zawahiri’s presence and escort his wife, daughter and grandchildren to a new location, a senior US government official said.

On Tuesday, police and Taliban intelligence agents swarmed the area, warning people to stay away and threatening journalists with arrest. The house is tucked away on a cul-de-sac in Sherpur, a Kabul neighborhood once popular with the city’s westerners.

Al Qaeda and Taliban leaders have lived in symbiosis for decades, ever since Osama bin Laden took refuge in Afghanistan under the Taliban government in the 1990s. This alliance has been remarkably durable, surviving the toppling of the Taliban regime and two decades of US-led military presence.

And, as al Zawahiri’s chosen haven shows, the relationship is still strong today, despite pledges from Taliban leaders seeking international aid that their government would not allow terrorist organizations to plot attacks in the US or other Western nations from their land.

Since the Taliban won nearly a year ago, they have said they want to build peaceful relations with Washington and the rest of the world. At the same time, they were reluctant to renounce their collaboration with al-Qaeda – ties cemented through intermarriage and other ties over many generations.

“The operation shows” that the Taliban “certainly will never separate from al Qaeda,” said a former Central Intelligence Agency officer who served several tours in Afghanistan.

When the Taliban came to power in 1996, Osama bin Laden was already in Afghanistan, where he enjoyed a close relationship with a number of Islamist groups. The then leader of the Taliban, Mullah Mohammad Omar, allowed bin Laden to stay and offered protection to his people. After the attacks of September 11, 2001, the Taliban refused to hand over bin Laden to the US, preparing for the start of the war. This decision bound the two Islamist groups forever.

In the early years of the insurgency, al-Qaeda provided vital support to the Taliban, training its fighters in skills that would prove crucial to winning the war. The Taliban’s so-called Haqqani network—the group behind most of the war’s deadliest attacks against foreigners—was particularly close to al-Qaeda.

“Al Qaeda has played a key role in training and building the capacity of the Taliban. He was to the Taliban what the Western powers are to us,” said Ali Muhammad Ali, who served as a senior security official in the fallen US-backed Afghan Republic. “Truck bombs, suicide vests and roadside bombs were the main weapons used by the Taliban against the West. These are things the Haqqani learned from al-Qaeda.”

The Taliban have struggled to balance their desire for recognition with their loyalty to the terrorist group.

During negotiations between the Taliban and the US government aimed at securing a US withdrawal from the country, Washington has been trying for months to secure specific promises from the Taliban to sever ties with al Qaeda.

In the end, the Taliban pledged only to prevent the group from using Afghan soil to plan attacks against the US and its allies. After the deal was signed, al-Qaeda leaders were allowed to stay.

In a report published earlier this year, the United Nations Security Council found that al-Qaeda members helped the Taliban return to power in August last year, both in an advisory role and by deploying fighters to Taliban units. Many al-Qaeda members moved to Kabul after the US withdrawal was complete, the UN report said.

“It’s a clear violation of what they agreed to, the deal included not only groups but also individuals,” said Zalmay Khalilzad, a former top US envoy to Afghanistan. “Al Qaeda was mentioned by name, it was the most protracted part of the negotiation.”

Among the al-Qaeda members who moved to Kabul was Ayman al-Zawahiri, who became the group’s leader after bin Laden was killed by US special operations forces in Pakistan in 2011. He moved to Kabul in the fall of 2021 and lived there under the protection of Sirajuddin Haqqani, according to the person briefed by several Taliban officials, including members of the Haqqani group.

Sunday’s drone strike was not the first time al-Zawahiri has been targeted by US firepower. A December 2001 US airstrike in eastern Afghanistan killed his first wife and two of his children.

Former US officials say he had slipped off the radar in recent years but was believed to be in one of Afghanistan’s neighboring countries.

There is some evidence that al-Zawahiri spent much of the US-led war in Pakistan’s northwestern tribal areas, shifting location whenever military pressure increased.

In 2006, the CIA launched drone strikes targeting him in the village of Damadola. He wasn’t there at the time. Instead, at least 18 civilians were killed, an incident that drew the ire of the Pakistani government.

According to the person briefed by the Haqqanis, after that attack al Zawahiri moved first to Waziristan and then — after fleeing a major military operation in that area — to Kurram Agency. He says al-Zawahiri returned to Afghanistan in 2017 when closer security cooperation between Pakistan and the US in the Kurram Agency spooked al-Zawahiri and the Haqqani commanders he was with.

They left shortly after a military operation there in October 2017 freed an American-Canadian couple and their children from Taliban custody, he said.

By 2017, Afghanistan had become a safer place for wanted terrorists than it had been in a long time: most foreign troops had left and the Taliban, many of whose cadres admired al-Qaida, were gaining ground.

—Esmatullah Kohsar in Kabul contributed to this article.