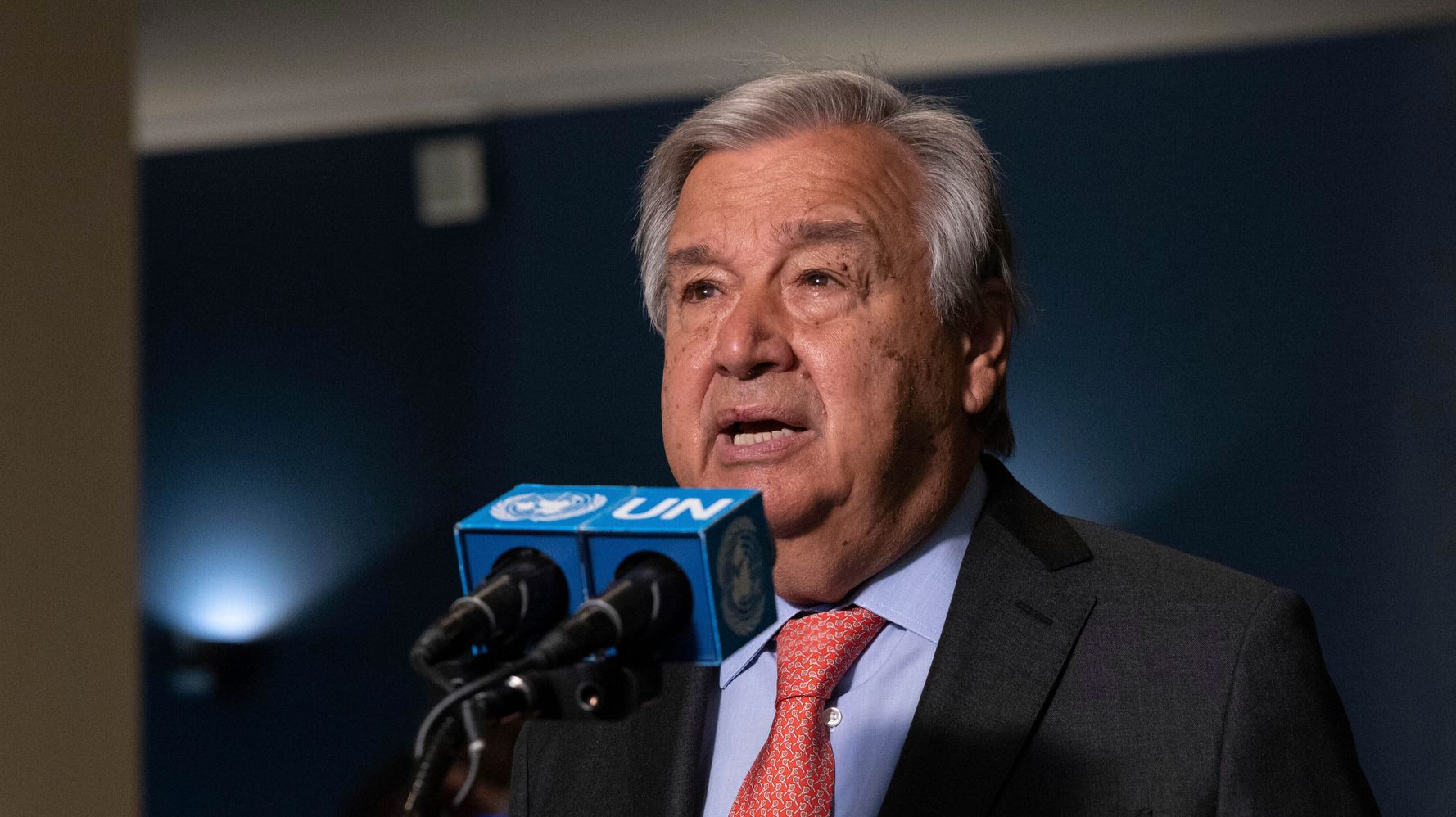 UNITED NATIONS (AP) — Secretary-General Antonio Guterres sounded the alarm over the war in Ukraine, nuclear threats in Asia and the Middle East and other tensions, warning that “humanity is only a misunderstanding, a miscalculation away from nuclear annihilation”.

The warning came Monday as a pandemic-delayed conference opened to review the 50-year-old Nuclear Non-Proliferation Treaty, which aims to prevent the spread of nuclear weapons and ultimately achieve a nuclear-free world.

The threat of nuclear annihilation was also raised by the United States, Japan, Germany, the UN nuclear chief and many other opening speakers.

US Secretary of State Antony Blinken said as North Korea prepares to conduct its seventh nuclear test, Iran has been “either unwilling or unable” to accept a deal to return to the 2015 nuclear deal aimed at reining in its nuclear program and Russia are “engaging in reckless, dangerous nuclear warfare” in Ukraine.

He cited Russian President Vladimir Putin’s warning after his February 24 invasion that any attempted intervention would lead to “consequences you have never seen”, stressing that his country is “one of the most powerful nuclear powers”.

Japanese Prime Minister Fumio Kishida said the world’s divisions since the last review conference in 2015, which ended without a consensus document, had grown, adding that Russia’s threat to use nuclear weapons in the Ukraine war had contributed to “global concern that once again, destruction by the use of nuclear weapons is a real possibility.”

Putin appeared to back down on his nuclear warning in a greeting message to NPT participants posted on his website on Monday.

“We believe that a nuclear war cannot be won and should never be fought, and we stand for equal and indivisible security for all members of the world community,” the Russian leader said.

It’s good to be in New York at @UNITED NATIONS for #NPTrevCon. For more than 50 years, the #NPT was at the heart of the nuclear non-proliferation regime. Today, the US reaffirms our commitment to preserving and strengthening this critical treaty for future generations. pic.twitter.com/ygAwjC2h71

Blinken also noted that Russia has seized Europe’s largest nuclear plant in Zaporizhzhya and is using it as a military base to shoot at Ukrainians, “knowing that they can’t and won’t fight back because they might accidentally hit a nuclear reactor or highly radioactive waste.” at the warehouse.” He said this takes the concept of having “a human shield to a whole different and horrific level”.

Russia’s delegation to the NPT issued a statement Monday night strongly rejecting Blinken’s claim that Russia is using the Zaporizhzhya plant as a military base, saying a limited number of soldiers are there “to ensure safety and security at the plant energy production”.

Rafael Grossi, director general of the International Atomic Energy Agency, said the conflict in Ukraine is “so serious that the specter of a possible nuclear confrontation or accident has reared its terrifying head again.”

He warned that at the Zaporizhia nuclear plant “the situation is becoming more dangerous by the day” and urged all countries to help make his visit to the plant possible with a team of IAEA experts, citing his efforts over the past two months were unsuccessful.

Guterres said the month-long review conference was taking place “at a time of nuclear danger not seen since the height of the Cold War.”

The conference is “an opportunity to take steps that will help avoid certain disasters and put humanity on a new path toward a world without nuclear weapons,” he said.

But Guterres warned that “geopolitical weapons are reaching new highs”, nearly 13,000 nuclear weapons are in arsenals around the world and countries seeking “false security” are spending hundreds of billions of dollars on “doomsday weapons”.

“All this at a time when proliferation risks are rising and guardrails to prevent escalation are weakening,” he said, “And when crises – with nuclear undertones – are spreading from the Middle East and the Korean Peninsula to the invasion of Ukraine by Russia and many other factors around the world.”

Guterres called on conference participants to take several actions: to urgently strengthen and reaffirm “the 77-year-old rule against the use of nuclear weapons”, to work relentlessly to eliminate nuclear weapons with new commitments to reduce arsenals, to address “simmering tensions in the Middle East and Asia” and promote the peaceful use of nuclear technology.

“Future generations rely on your commitment to walk away from the abyss,” he pleaded with ministers and diplomats. “This is our moment to meet this fundamental test and lift the cloud of nuclear annihilation once and for all.”

Japan’s Kishida, recalling his city of Hiroshima, where the first atomic bomb was dropped in August 1945, echoed many of Guterres’ points, saying the road to a world without nuclear weapons has become more difficult, but “giving up it is not an option”.

In force since 1970, the Treaty on the Non-Proliferation of Nuclear Weapons has the widest observance of any other arms control agreement, with some 191 countries being members.

Under its provisions, the five original nuclear powers—the United States, China, Russia (then the Soviet Union), Britain, and France—agreed to negotiate the elimination of their arsenals someday, and non-nuclear-weapon nations promised not to obtain in return a guarantee for the development of nuclear energy for peaceful purposes.

India and Pakistan, which did not join the NPT, continued to take the bomb. So did North Korea, which ratified the pact but later announced it was withdrawing. Israel, which is not a signatory, is believed to have a nuclear arsenal but has neither confirmed nor denied this.

The meeting, which ends on August 26, aims to build consensus on next steps, but expectations are low for a substantive — if any — agreement.