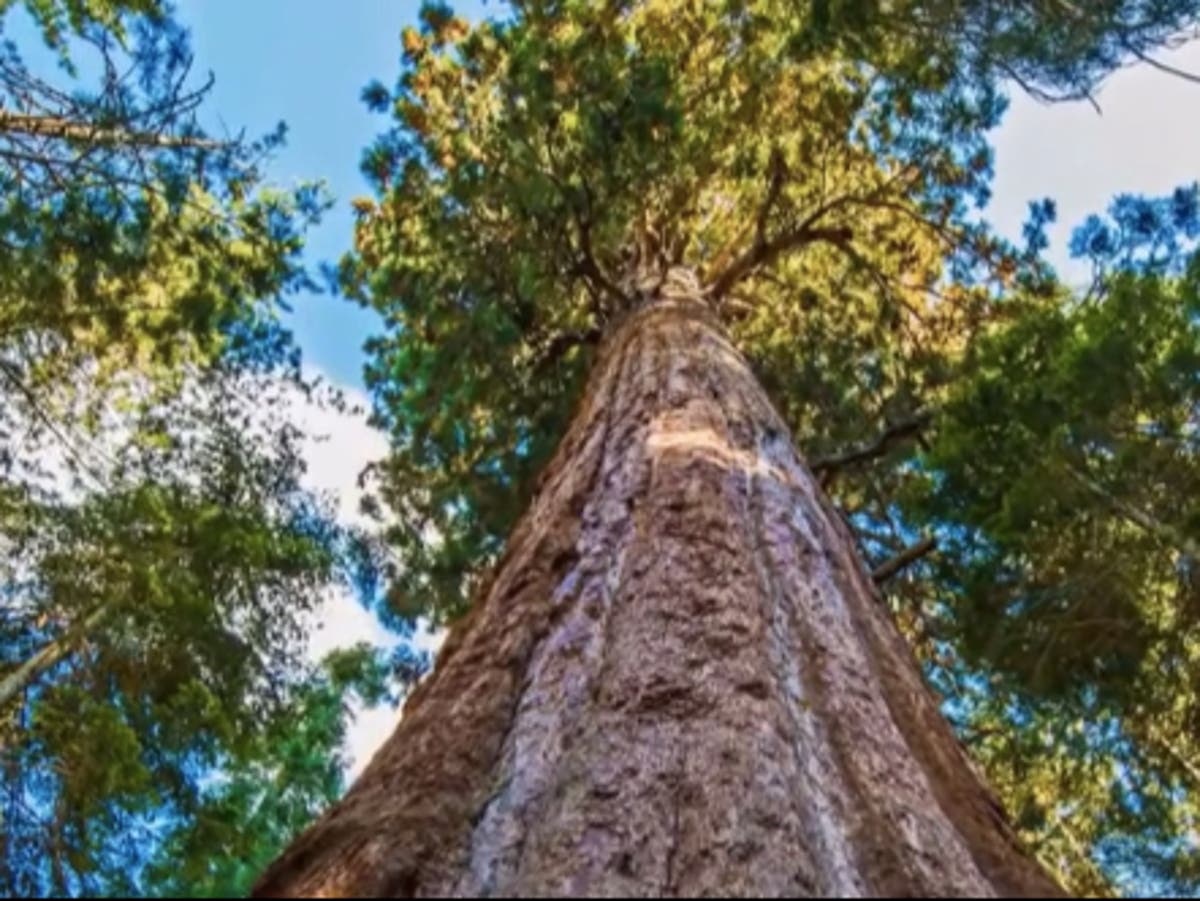 The National Park Service has warned that visitors attempting to see the world’s tallest tree – a 380ft redwood in California’s Redwood National Park – risk a $5,000 (£4,100) fine and six months in jail if caught.

The coast redwood tree, Sequoia sempervirens, was named Hyperion after the Greek Titan god of celestial light. It is estimated to be around 500 or 600 years old.

The National Park Service says on its website that this tree has been “on the bucket lists of many tree lovers” thanks to its fame, and that its size and secrecy have made it “a frequent destination for thrill seekers, travel bloggers and enthusiasts trees. “.

Since 2006, when the tree was “discovered,” California’s Redwood National Park has tried to keep its location a secret. But visitors have found ways to deal with it.

Park officials believe that too many visitors to the site could damage the tree as well as the delicate ecology of its surrounding slopes.

“People have a right to come and enjoy their parks. However, our concern is about visitor safety and resource protection. And when we see potential damage, we have to make decisions that protect those things,” said Leonel Arguello, the park’s chief of natural resources.

Park officials said that because the tree was off the trail and in dense vegetation, getting to it required a lot of “bush scrubbing,” or off-trail hiking.

“The forest around Hyperion has been trampled and damaged by ill-informed hikers,” park officials said in a statement. “Redwood roots are incredibly shallow, averaging 12 feet. Soil compaction due to encroachment negatively affects these centuries-old trees.”

He added a warning: “If someone gets hurt down there, it’s going to be a while before we can get them out. These are all reasons why we play it safe and protect our resources.”