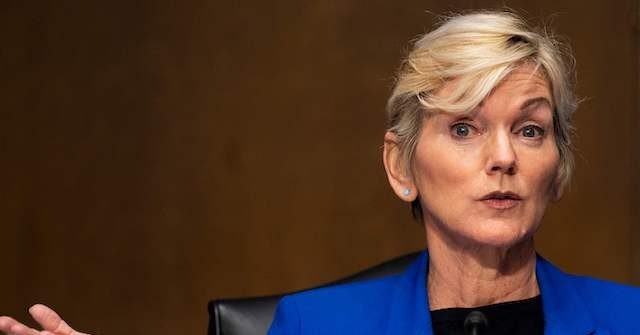 On Monday’s broadcast of CBS’s “Late Show,” Energy Secretary Jennifer Granholm touted the “huge incentives” in the form of tax credits that will “really spur the development of clean energy” in the reconciliation package, and also said it “must not subsidize the oil and gas industry”. But we need them to increase production now.

Granholm said the spending in the reconciliation bill is “the largest amount that anyone in the United States has ever invested and any president has ever invested in the climate. And what’s really going to drive the development of clean energy is these tax credits, which are very – that are going to create huge incentives for wind, solar and geothermal. … Because it’s going to get the private sector to be able to help develop, it’s going to incentivize the development of wind and solar and geothermal … it’s so great.”

As for the oil industry, Granholm said, “we’ve asked them to increase production now that we have this huge problem with declining oil levels because of the war in Ukraine.”

He added, “It’s clear that we — and the president has said this — should not be subsidizing the oil and gas industry. We shouldn’t be, and he asked Congress to undo that. We need 50 votes to do this. And that’s not there yet. … But maybe there will be more people who join the Senate and have ours — maybe, we’ll see.”