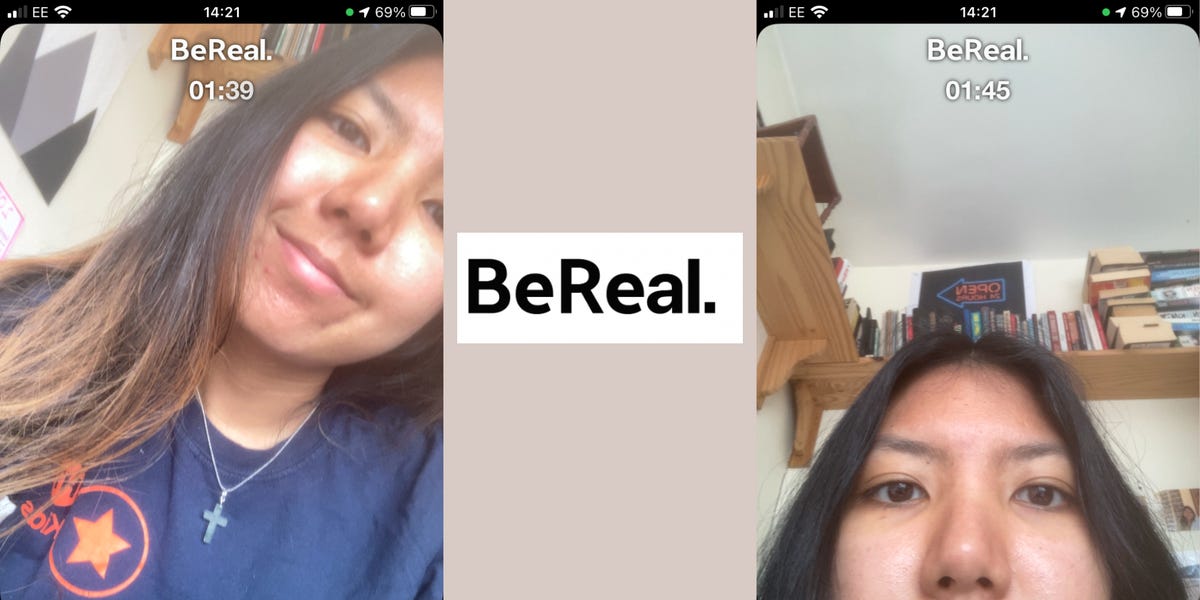 Almost out of nowhere, everyone I know started talking about BeReal.

I first heard about it from a friend, who said she absolutely loved it and wanted our entire friendship group to start using it.

I was hesitant about downloading it because I already spend too much time on TikTok and trying to reduce my screen time. But as each of my friends started using BeReal, they started raving about how much fun it was to keep in touch with friends all day on the app, so I finally gave in to peer pressure and FOMO.

BeReal was invented in 2020, but it’s having a moment this year. According to the trending news website Social media todaythe app’s downloads have increased by 315% since the beginning of the year, now ranking fourth on the list of most downloaded social media apps, behind Instagram, Snapchat and Pinterest.

According to the app’s description on Apple’s App Store, BeReal encourages people to “show your friends who you really are, for once,” by removing filters and opportunities to stage, overthink, or edit photos.

I decided to try the BeReal for a week to see if it would live up to the hype.

My first day at BeReal was a bit of a shock to the system.

When I first downloaded the app, it almost immediately prompted me to post my first BeReal, giving me a two-minute countdown to take my photo. I quickly figured out what the application was because I didn’t have time to assess the lighting or do my hair before I had to shoot.

In my first post, I didn’t realize I was going to take a picture with the rear camera as well, so the view ended up in my trash can and my slightly annoying but very cute mug was bought by my friends.

I was grateful that my post would only be visible to people I added as “friends” in the app, so no one else could see this rather unimpressive image.

I wasn’t a fan of the pressure to post your picture on time every day.

One thing I didn’t really like about BeReal is the way it notifies you when someone’s photo is posted after the two minute notification has passed.

Even if you post just a few minutes late, the app notifies all your friends to let them know you just made a “late” post, which to me felt like a sign of shame.

I aspired to post on time every day, feeling especially proud of myself when I achieved it. However, this quickly created a lot of panic and inconvenience when the app alerted me during the day at work and I found myself trying to make a cup of tea and take a cute photo at the same time, resulting in lots of leaks and a blurry, unflattering image.

The app forced me to accept a less than perfect image.

It looks like the app is trying to discourage users from spending too much time on their posts by not allowing them to put in too many attempts.

At first I found it annoying because I was used to being able to take selfies as many times as I wanted, but I ended up enjoying this feature as it allowed me to save screen time and not spend too much time trying to get the perfect shot.

To interact with other people’s posts, you must engage your face.

To react to someone else’s BeReal post, you can’t just hit a “heart” or “thumbs up” button.

Instead, you have to take a selfie of your face inside a circle template in the app. These are called “realmoji”, where instead of commenting on someone’s post with an emoji, your facial expression becomes an emoji itself.

I had a lot of fun with these as I felt like I could react to what my friends were doing in a more authentic and personal way by showing them my own face.

The app serves as a nice photo album of daily memories.

One of my favorite features in BeReal is the “profile” page, where you can see all of your past posts, which the app calls “memories.”

It was very similar 1 second daily, another social media app that all my friends were obsessed with about two years ago where users upload a one-second video of themselves every day and the app combines them all together into a year-long movie.

I never got into 1 Second Everyday because I felt like it would take a lot of effort to remember to post everyday and I knew I’d be mad at myself if I missed one.

With BeReal, I don’t feel much pressure to post every day because there’s no movie or finished product to look forward to. I’m used to posting when I feel like it, and it’s so nice to be able to look back at your “memories” and remember what you did each day.

Overall, I really like BeReal and will continue to use it as long as it remains relevant.

It definitely took me a few days to get used to BeReal’s unique format. I kept getting frustrated that my photos weren’t as stylish or aesthetic as I’d normally like, but I’m slowly starting to enjoy the fact that there’s no pressure to look my best on the app.

I also found that BeReal is not an app that I will procrastinate hours on. I usually post my photo, browse for a while and react to my friends’ photos, then go about the rest of my day. I found it a refreshing and healthy way to use social media that I really appreciate.

I plan to continue using BeReal as long as it remains relevant. In the past, modern apps like House party and Club I had big moments of popularity, but after a while, people around me stopped using them, so I’m excited to see what happens in this case.

For more stories like this, check out coverage from Insider’s Digital Culture team here.