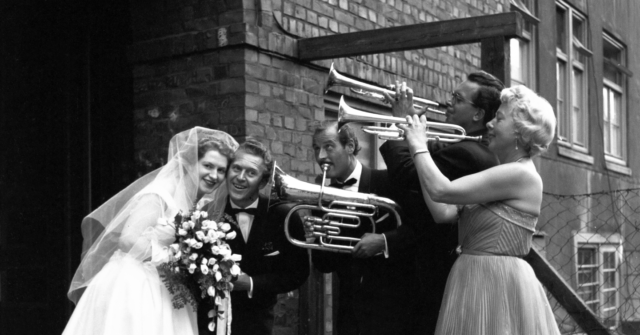 The number of married young adults has fallen to a record low amid Germany’s growing demographic disaster, the country’s official statistician has revealed.

In a report on the lifestyles of 15 to 24-year-olds in Germany, government statistics agency Destatis revealed on Monday that the number of married people in this age group fell to its lowest level since records began after German reunification in 1991.

The dataset showed that by the end of 2021, just 136,000 people aged 15-24 had married, compared to ten years ago when more than 246,500 people were either married or cohabiting. The drop is more dramatic than three decades ago, when more than 990,000 in the age group were married, representing 9.6 percent of the group compared with 1.6 percent today.

In May, the statistician reported that the average age of first-time mothers had risen to over 30, an increase of more than a year compared to a decade ago and a worrying sign of population stability as women over 30 are less likely to have more children.

UK: A third of babies born to foreign mothers as fertility rate falls to lowest level since before WWII https://t.co/xrTG5fBqWU

The trend of women putting off childbearing until later in life has not only affected Germany, as Eurostat reported earlier this year that the age for women to have their first child rose on average 29.5 years old throughout the European Union.

The Western demographic crisis has also hit the UK, with the Office for National Statistics reporting that as of 2020, the majority of women remained childless until the age of 30 – the first time in the nation’s history that has happened. In the same year, the country also recorded its lowest pregnancy rate in 17 years.

To counter the demographic collapse, some in Germany have called for increased immigration, with the Chairman of the German Federal Employment Agency, Detlef Scheele, claiming last year that the country would need at least 400,000 immigrants a year to maintain economic output.

The country has already changed dramatically as a result of former Chancellor Angela Merkel’s open borders agenda, which her successor Olaf Solz has doubled down on and even promised to open more avenues for immigration into the country. As of this year, Germany now has over a quarter of its population with an immigrant background, meaning that they are either immigrants themselves or were born to at least one immigrant parent.

Germany: More than a third of the population will have immigrant roots in 20 years https://t.co/y2UQLCyZNn