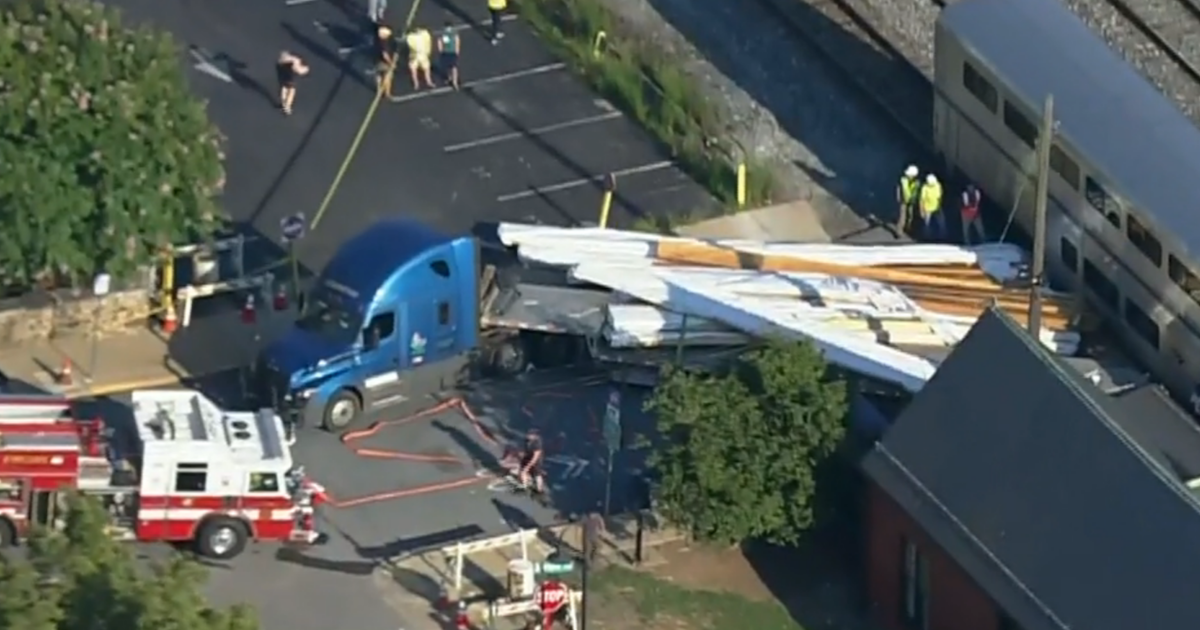 An Amtrak train struck a tractor trailer sitting on the tracks in Maryland Wednesday afternoon, the company said in a statement. Only one person was injured in the incident, according to local fire authorities.

Amtrak Capitol Limited train 29 was en route to Chicago from Washington, D.C., when it struck the trailer in Rockville, Maryland, at approximately 5:20 p.m. local time, Amtrak said. A traffic backup in the area left the trailer stuck on the tracks, Frederick County Fire and Rescue said. With nowhere to go, the train hit the trailer, sending it into a passenger truck. That truck then plowed into a nearby building.

The driver of the passenger truck, identified by the fire department as an adult male, was taken to hospital with non-life threatening injuries.

None of the 142 passengers and crew on the train at the time of the crash were injured, Amtrak said. The driver of the tractor-trailer and a passenger in the second truck were also uninjured, fire officials said.

The train is back in service, delayed just over an hour, Amtrak Alerts he tweeted around 6:30 p.m

Sophie Reardon is a news editor at CBS News. Contact her at sophie.reardon@viacomcbs.com