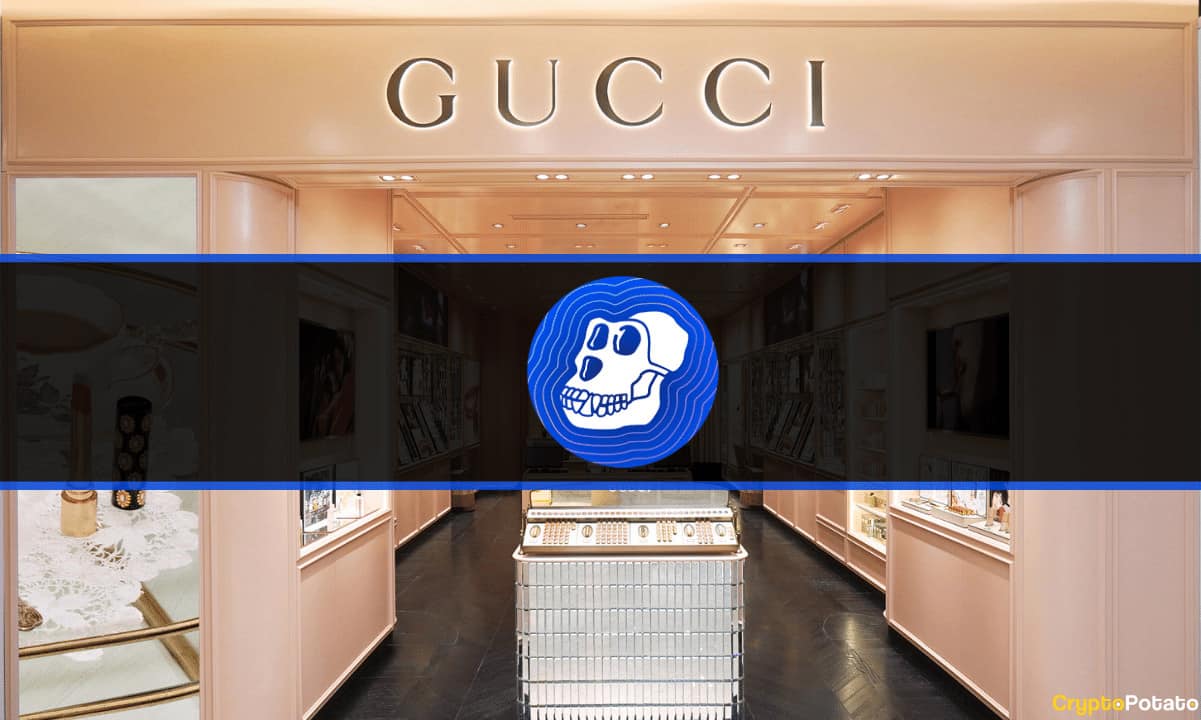 Gucci is expanding the number of supported cryptocurrencies it accepts for payment, with the latest addition being ApeCoin. APE is the native ERC-20 Token of the BAYC NFT collection, a subsidiary of Yuga Labs.

The iconic Italian fashion house has revealed that the Bored Ape Yacht Club (BAYC) token will be available as a payment option alongside twelve different cryptocurrencies, including Bitcoin, Ethereum, Dogecoin, Shiba Inu and Litecoin, at select stores in the US.

Gucci has become the first brand to accept ApeCoin as a payment option in its US stores. It allows customers to make crypto payments by scanning a QR code with a crypto wallet through BitPay. The company has not detailed why it chose APE, but emphasized that the move is a step towards web3 exploration.

“Now accepting ApeCoin payments via BitPay, select Gucci boutiques in the US expand the range of cryptocurrencies available for in-store purchases, another step in the House’s exploration of the Web3.”

The Bored Ape Yacht Club first rose to prominence during the crypto boom of 2021. The rarity, speculation and hype surrounding the NFT collection has attracted some celebrities. Prominent personalities such as Jimmy Fallon, Paris Hilton, Steve Aoki and actor Seth Green have shown off their Bored Ape NFTs on social media and on television.

It’s worth noting that APE’s price jumped 15% today from $6.2 to $7.2 in the hours following the announcement. Despite a slight pullback since then, the asset is still well in the green.

Gucci entered the NFT space with several collaborations including SUPERPLASTIC and SuperRare. The fashion brand too was revealed Gucci Grail partnered with an NFT project called 10KTF in March of this year. NFTs were minted on the Ethereum blockchain.