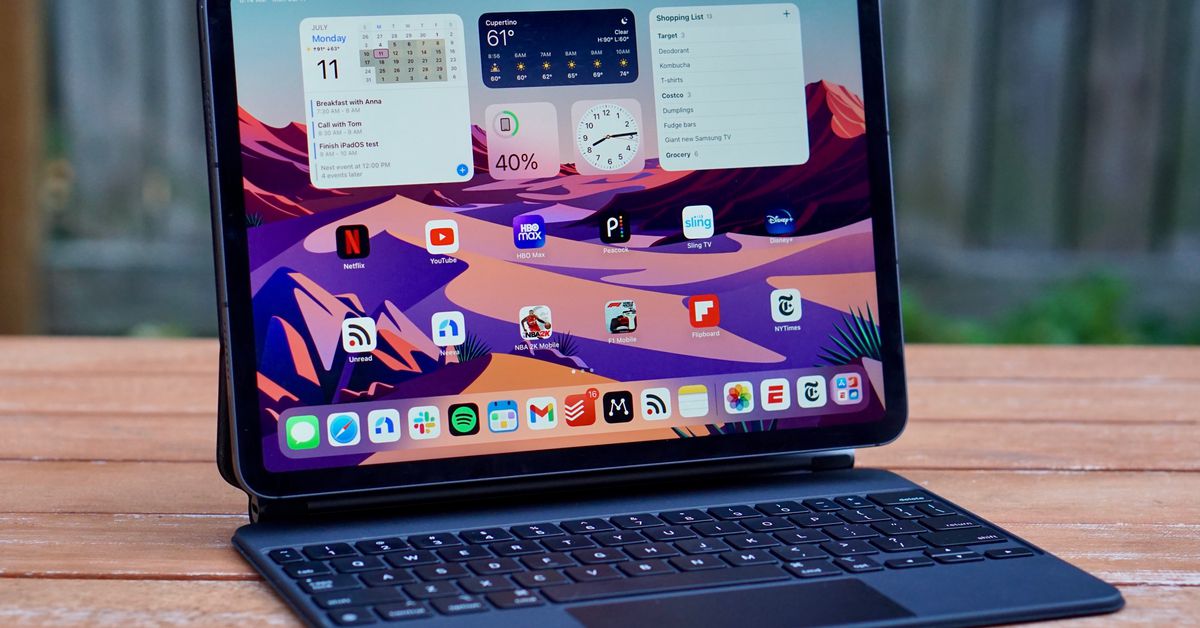 Apple is making big changes to multitasking and collaboration in iPadOS 16, asking users and developers to get used to the ambitious new Stage Manager user interface. Now, based on anonymous sources, by Bloomberg reports Mark Gurman that, unlike previous years when new versions of iOS and iPadOS were released at the same time, the company will delay the release of iPadOS 16. This means that we can expect new iPhone software in September as usual, followed by an iPadOS update in October.

Gurman said the delay is partly due to Stage Manager, which, in the iPadOS 16 preview, The Verge’s David Pierce didn’t like it much:

We’ll reserve full judgment for our review this fall, but so far, I hate Stage Manager. Stacks take up a lot of screen space and it takes a lot of work to position application windows just like that. (A funny beta moment: when you turn on Stage Manager, it immediately causes the Settings app to render at an unsupported size and crash. Lots of other apps do this too.) When you open a full screen app, you’re outside of Stage Manager and it’s not obvious how to return or put things on the stack.

Gurman also says the change will allow Apple to launch iPadOS 16 closer to the release of new iPad hardware. reports that the company is working on an iPad Pro with Apple’s new M2 chip and an entry-level iPad that will eventually make the switch to USB-C.