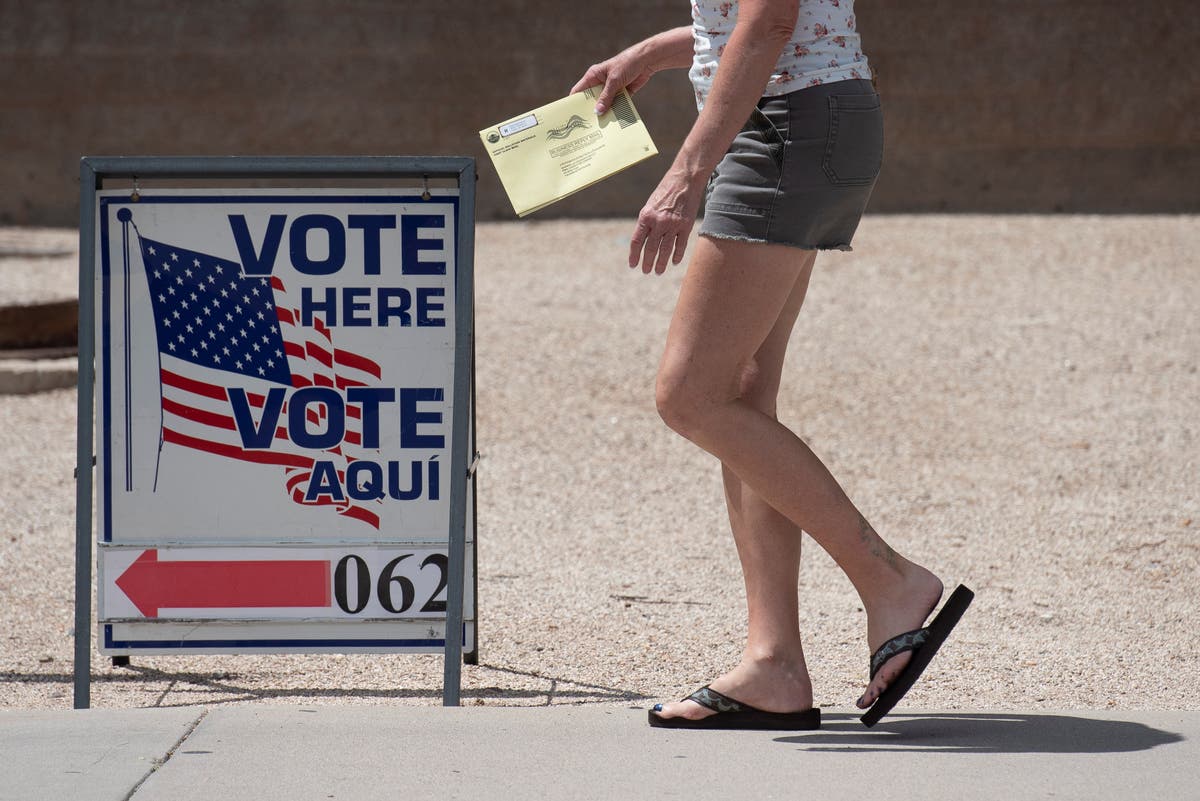 The top attorney in Arizona’s Maricopa County has issued a cease and desist notice to a Republican candidate who promoted voter fraud conspiracy theories and told supporters to steal pens from polling places on Election Day.

Gail Golec, GOP candidate for county supervisor, told her supporters Aug. 2 to take markers provided at the polls, repeating unsubstantiated election-related claims that ballots won’t be counted if filled with other types of ink.

Arizona has emerged as a hotbed of election conspiracy theory activity in the wake of the 2020 presidential election. Prominent election deniers vying for the GOP nominations for governor and Arizona’s secretary of state — the chief election administrator — are among a wave of candidates endorsed by the Donald Trump are seeking the party’s nomination for the November general election, building their campaigns around election fraud in the critical swing state.

On her Telegram account, Ms Golec told supporters to “take the Pentel pen with you and leave a blue pen behind. Eventually they will end!”

In her letter, Maricopa County District Attorney Rachel Mitchell asked Ms. Golec to retract her statements on Twitter, “recognizing that no one should steal pens from polling places and urging them not to do so.”

“As you well know, theft of any kind is illegal. Furthermore, encouraging the theft of quick-drying ink pens specifically recommended for election day voting is a deliberate attempt to interfere with election administration and will have the detrimental effect of delaying the counting of election day ballots, as liquid ink damages voting center classification machines,” Ms Mitchell wrote.

Ms Golec responded on Twitter saying her “intention is to protect our vote, not to encourage you to steal pens”.

“Ironically, in worrying about breaking the law, Maricopa County is really afraid that people will steal the pens,” he said. “What if they ran out and didn’t have enough ballots in the judging cycle?”

Ball and gel pens leave more residue that could block machines, according to election officials.

Ahead of Election Day, Maricopa County Recorder Stephen Richer urged voters to “PLEASE PLEASE” use the pens provided to prevent any problems with ballots.

Despite the letter, Ms Golec repeatedly told her supporters on Tuesday to stop using the markers provided and argued that ballot processing machines cannot read the ink, prompting an automatic adjudication of votes designed to “cheat” and to “hack” the result. .

Ahead of Tuesday’s primary, users across Truth Social and other social media platforms told voters to “bring your own pens” and leave the Pentel pens provided.

Last month, far-right state Sen. Wendy Rogers suggested that election officials are intentionally “creating mistrust” of the pens. On Tuesday, by contrast, he called the “problem with pens and markers” a “misdirection” so that “we don’t get into mules and computer fraud.”