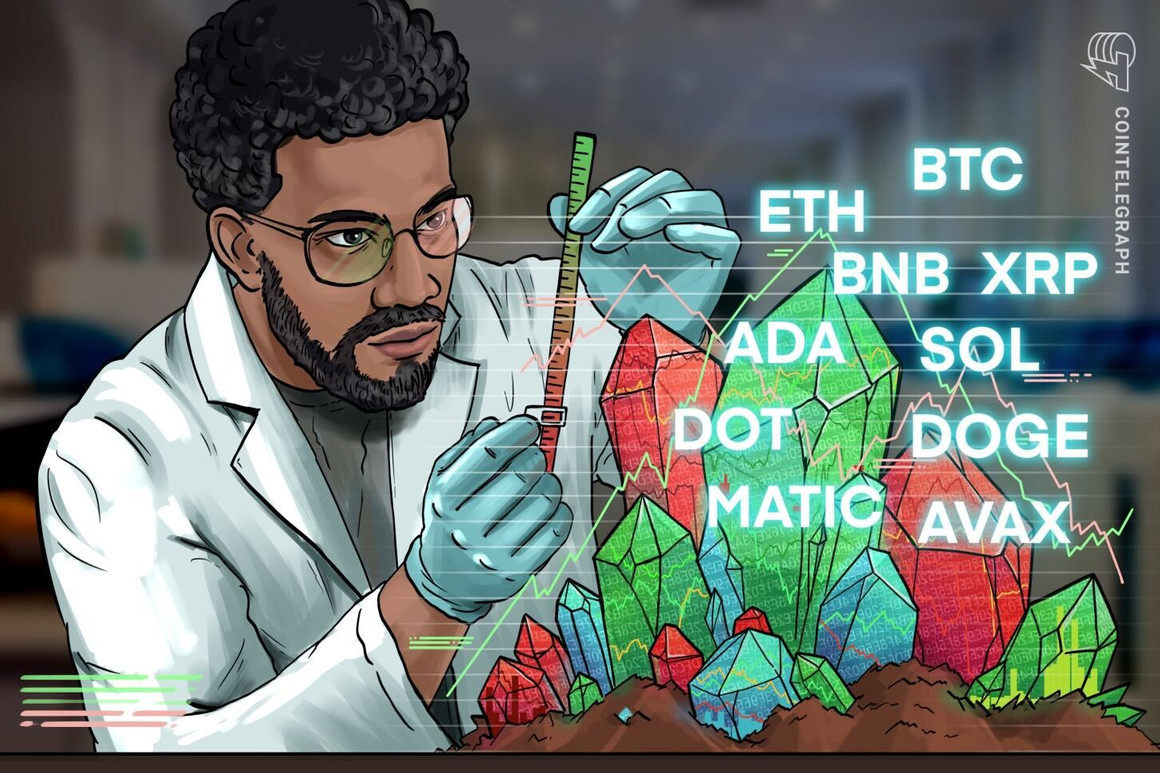 Bitcoin (BTC) and altcoins track US stock markets higher on August 3 as traders buy the dip.

Smaller investors seem to be making the most of Bitcoin’s bear market, as the number of wholecoiners has increased by 40,000 since June’s sharp drop. In comparison, wallet addresses with more than 1,000 Bitcoins have decreased by 113 since May.

However, some analysts believe that Bitcoin has yet to form a macroeconomic bottom. Trading firm QCP Capital expects Bitcoin to gradually rise for most of the third quarter amid high volatility.

They believe Bitcoin’s rally could reach $28,700. In the long term, the firm did not rule out Bitcoin’s eventual capitulation to around $10,000, which may mark the bottom for the bear market.

Still, Bitcoin miners seem to be in an upbeat mood as they increased their Bitcoin holdings in July after capitulating in June. According to data from on-chain analytics firm CryptoQuant, Bitcoin held by miners has reached its highest levels since then.

Could Bitcoin and altcoins continue their upward movement, or will the rally retreat to higher levels? Let’s study the charts of the top 10 cryptocurrencies to find out.

Bitcoin fell to the 20-day exponential moving average ($22,632) on August 2, which acts as strong support. The gradually upward sloping 20-day EMA and the relative strength index (RSI) in positive territory suggest that bulls have a slight advantage.

Buyers will now try to push the price above the resistance at $24,668. If they succeed, the BTC/USDT pair could rise to $28,000, where bears may develop a stiff resistance. If the bulls break this barrier, the rally could extend to $32,000.

Contrary to this assumption, if the price breaks down from the current level or overhead resistance, it will indicate that higher levels continue to attract selling from the bears. A break and close below the 20-day EMA could sink the pair to the 50-day SMA ($21,344) and then to the support line.

Ether (ETH) rejected and fell to the 20-day EMA ($1,545) on August 2, but the long tail on the candlestick suggests that bulls aggressively bought the dip.

To invalidate this bullish view, the bears will have to dip and hold the price below the 20-day EMA. This could open the doors for a drop to the strong support at $1,280. A bounce from this level could keep the pair stuck between $1,280 and $1,700 for a few days.

Binance Coin (BNB) bounced off the $275 support on August 2, indicating that sentiment has turned positive and traders are buying on the dip.

The bulls will now make another attempt to push the price above the $300 resistance. If they succeed, the BNB/USDT pair could pick up momentum and rise towards the stiff cross-caps resistance at $350.

The rising 20-day EMA ($268) and the RSI in positive territory indicate that the path of least resistance is to the upside. This bullish view could be invalidated in the short-term if the price declines and falls below the 20-day EMA.

The long tail on XRP’s August 3 candlestick suggests that bulls are trying to defend the 20-day EMA ($0.36). The gradually rising 20-day EMA and the RSI in the positive territory indicate a small advantage for buyers.

If the bulls push the price above the $0.39 to $0.41 resistance zone, the XRP/USDT pair could signal the start of a new uptrend. The pair could then rally to $0.48, where bears can once again mount a strong defense.

Contrary to this assumption, if the price breaks down from the current level or overhead resistance, the probability of a break below the 20-day EMA increases. If this happens, the pair can continue its range-bound action for a few more days.

Cardano (ADA) has been stuck in a wide range between $0.40 and $0.55 for the past few days. The bulls are currently trying to defend the moving averages.

If they succeed, the ADA/USDT pair could climb to the overhead resistance at $0.55. This remains an important level to be aware of. If the bulls break this barrier, the pair could rise to $0.63 and later to $0.70.

Alternatively, if the price breaks below the moving averages, the pair could slide to the immediate support at $0.45. A bounce from this level could create a new narrower range between $0.45 and $0.55 while a break below $0.45 could pave the way for a drop to $0.40.

Solana (SOL) broke below the 20-day EMA ($40) on August 2nd and fell to the 50-day SMA ($37) on August 3rd. The long tail on the candlestick indicates that traders are defending the support line.

If the bulls push and hold the price above the 20-day EMA, the SOL/USDT pair could gradually rise to $48. This is an important level to watch because a break and close above it could complete the ascending triangle pattern that has a target target of $71.

Conversely, if the rebound lacks strength, the bears will try to sink the pair below the support line. If they succeed, the bullish setup will be canceled and the pair may fall to $31.

Bulls should push and hold above $0.08 to signal the completion of an ascending triangle pattern. If this happens, the DOGE/USDT pair could rise to $0.10 and then to the pattern target at $0.11.

Conversely, if the recovery lacks strength, it would suggest that demand will weaken to higher levels. This could reduce the price to trendline support. A break and close below this level could nullify the bullish setup.

Polkadot (DOT) broke through overhead resistance and sank to the 20-day EMA ($7.70), where bulls are trying to stop the pullback.

The gradually rising 20-day EMA and the RSI in positive territory indicate that the bulls have a slight advantage. If the bulls push the price above the general resistance at $9, the DOT/USDT pair could rise to $10.80 and then $12.

Alternatively, if the price breaks down from the current level or resistance of the broad caps and breaks below the moving averages, it will suggest that the pair may extend its stay within the range between $6 and $9 for a few more days.

Although the developing negative divergence in the RSI warrants caution, the bullish moving averages point to an advantage for buyers. If the bulls clear the resistance zone, the MATIC/USDT pair could rise to $1.26.

Conversely, if the price drops below and breaks below the 20-day EMA, the pair could fall to the strong support at $0.75. A sharp recovery from this level could keep the pair ranged between $0.75 and $1 for a few days.

Bears tried to sink Avalanche (AVAX) below the 20-day EMA ($22.71) on August 2, but bulls held their ground. This shows that traders see dips as a buying opportunity.

The bulls will try to push the price above the resistance at $26.38. If they succeed, the AVAX/USDT pair could complete an ascending ascending triangle, which has a target target at $33 and then $38.

Contrary to this assumption, if the price breaks down from the current level or resistance of the broad caps and breaks below the 20-day EMA, the pair could slip to the support line. This is an important level for the bulls to defend because a break and close below it could tilt the advantage in favor of the bears.