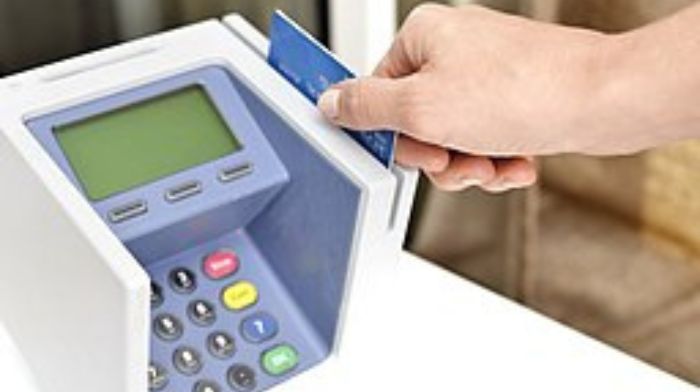 Quarterly report of the Federal Reserve Bank of New York on household debt and credit is out and it doesn’t look good. Overall, credit card debt jumped 13% in the second quarter, the biggest increase since 1999.

As “experts” argue over the word recession, American families go deeper into debt.

Families shouldn’t have to rely on credit cards to get by.

What could be causing this rise in credit card debt for Americans? The answer seems obvious — rising costs and inflation coupled with wages that can’t keep up.

When faced with endless increases in household necessities like gas, groceries, and utilities, many American families turn to credit cards to bridge the gap between paychecks and costs. To fully appreciate this increase, let’s take a closer look at the Federal Reserve Bank’s report.

RELATED: Biden on how long Americans can expect to pay high gas prices – ‘As long as it takes’

The quarterly report shows that total household debt in the United States is now at $16.15 trillion, a staggering $312 billion increase from last year. This increase in household debt includes mortgages, car loans and credit card balances.

Below is a breakdown of each:

The people most affected are those in the lower income brackets. Joelle Scally of the Microeconomics Data Center shows:

“While overall household balance sheets appear to be in a strong position, we are seeing increasing delinquencies among high-risk and low-income borrowers…”

So why the increase in borrowing? In a nod to Democratic strategist James Carville, “It’s the economy, idiot!”

– 61% of Americans live paycheck to paycheck
– 25+ credit card debt increased by 30%
– 64% of Americans don’t think their savings will last until retirement
– US household debt rose to $16.5 trillion last quarter

“Americans are borrowing more, but a large part of the increased borrowing is due to higher prices.”

So far, Americans have faced gas costs above $5 a gallon and inflation at a record 9.1%. But while the Biden administration likes to tout the increase in average hourly earnings, the numbers don’t add up.

The average hourly wage increase is 5.1%. That’s a 4% shortfall from inflation. So we see why Americans must rely on their borrowing power more and more.

In a report by Personal Capital, 56% of consumers say their standard of living has declined and 69% rightly believe their income is not keeping up with inflation. Americans say they think they need $107,800 a year to feel financially healthy, which is double the national average.

This feeling of economic discomfort causes many Americans to focus on small victories. As a certified financial planner Paul Deer puts it:

“People are putting more priority on just having a job and lowering their expectations.”

And who can blame them when lowering expectations seems to be our new motto? However, the only balance that hasn’t increased is student loans, which remain relatively flat.

Household #debt rose 2% in the second quarter to a record high of $16.15 trillion. Households have added $2 trillion in debt since then #pandemic, not counting their share of the $8 trillion increase in the National Debt. Annual credit card debt rose 13%, the largest increase in 20 years.

This is interesting, given that the Biden administration is set to issue its seventh moratorium on student loan debt with perhaps an additional announcement to write off student loans altogether.

But who will it really help?

The Wall Street Journal reported that the Department of Education had instructed loan servicers not to send statements. This indicates that there will be, at the very least, another extension on student loan payments.

However, there is a lot of talk that this is a much more important announcement from the White House.

The president is mulling the idea of ​​a pardon $10,000 in student debt for anyone making less than $125,000 a year. But some who lean further to the left than President Biden say that’s not enough.

Progressive and civil rights organizations are pushing for $50,000 for student debt forgiveness, and some even argue for no income cap. For example, the NAACP sent a letter to the president stating that black borrowers:

“…there is virtually no realistic way to pay it back in today’s unfair economy.”

Certainly not with this attitude. The argument for student loan forgiveness is that borrowers are hoodwinked by higher education and the government to get these loans and are then left with insufficient wages to repay the loans.

Not everyone is in favor of this potential decision, with many wanting to know why taxpayers who paid off their debts should be forced to pay off the debts of others.

Yo. Student loan forgiveness forces people who DID NOT take out college loans to pay for people who did. That’s like getting a bill in the mail from Applebee’s for a meal you didn’t eat. Even more infuriating because the gender studies department you’re saving works at Applebee’s.

It’s called being an adult

“Student loan forgiveness is regressive – it erases the debts of rich kids who will do just fine. It’s a punch to every kid who paid their way through college or worked hard to pay off their loans.”

I could not agree more. My parents couldn’t pay for me to go to college. Not because of financial irresponsibility on their part, college was and still is very expensive.

So instead of taking out a student loan and getting a degree, I joined the military. The service paid for my undergraduate and graduate degrees.

And anyone who wants to say I got my higher education for free can look at me and try to say it to my face.

I spent many nights after working 12 hour days and being a mother reading textbooks, writing essays and studying for exams. I also spent nights studying in a tent, at the risk of being shot or blown up in the corner.

Life is kind of weird. Young people who voted for Biden thinking they’d get student loan forgiveness just might get it. After being called up to fight in World War II. 👌

While I understand that not everyone can join the military, my point is that being an adult requires you to make adult decisions and work hard for the things you want.

And if people who chose to take out student loans can’t pay them back, they can get forgiven…what about all those families piling up credit card debt because of inflation?

Where is their debt cancellation?

At this point, the argument can easily be made that college may not be worth it. The average cost in 2020, according to National Center for Education Statisticsfor an undergraduate living on campus for a year it was $25,700.

At a private institution, that cost rises to $54,500 per year. Tuition for public colleges has increased by 10% and 20% for private colleges over the past decade.

With more universities offering online instruction, the military hurting for recruits, and more industries valuing certifications over degrees, there is a real question as to whether the old home route to higher education will continue to be relevant.

With this generation of parents relying on credit cards to make ends meet, let’s hope for their children that either tuition is lowered or post-secondary education evolves.