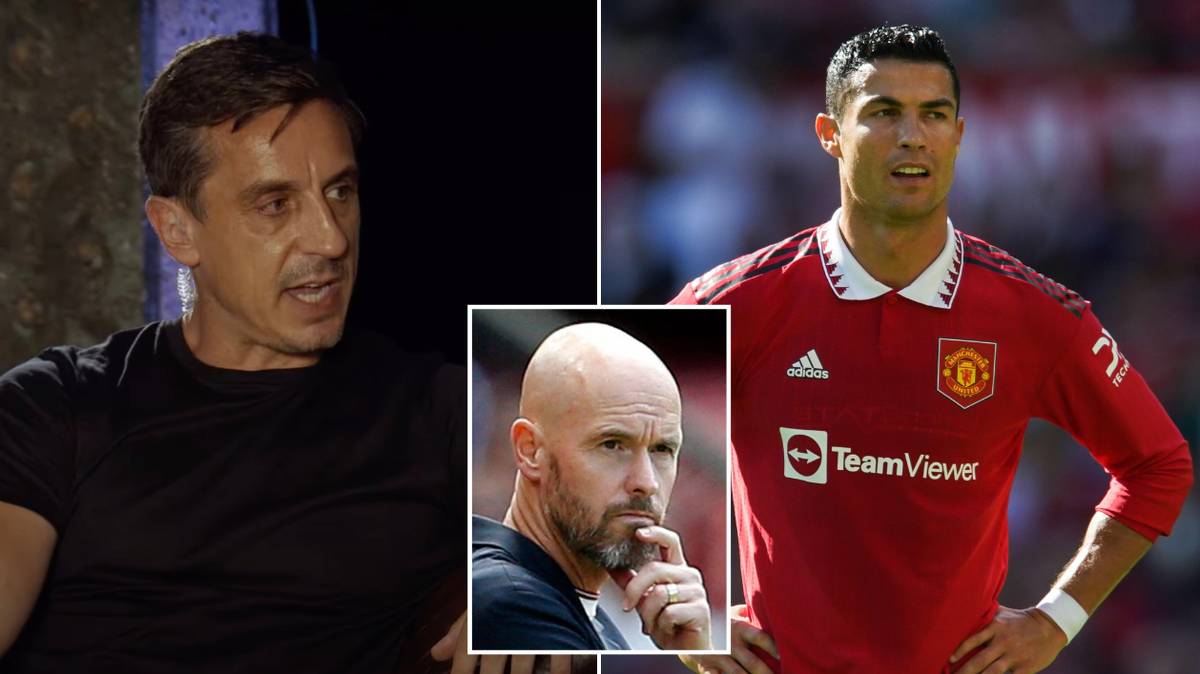 Speaking of his latest episode Sky Bet’s The Overlapformer Manchester United captain Neville said Ronaldo should be allowed to leave the club before the transfer window closes.

“Ronaldo’s achievements in football have exceeded anything anyone could have wished for and imagined,” said Neville, who played alongside Ronaldo during the Portuguese’s first spell at OId Trafford.

“He will go down as one of the greatest players of all time and always will be. What happens this summer at Manchester United will be forgotten in 20 years.

“But it’s unpleasant for me to watch as a former Manchester United captain, thinking that at the moment the star in the dressing room is playing.

“It’s happened at times over the last few years where you’ve had it [Paul] Pogba’s agent – ​​not necessarily Pogba – but his agent is always playing.

“You can’t have your star at a club running the shop. You can’t have that. So when Sir Alex Ferguson has put players in in the past, it’s because that player had to move on.

Neville also states that he is concerned about United’s transfer activity this summer and believes that Ten Haag is not being given enough support by the club.

The Red Devils have signed Tyrell Malacia from Feyenoord, Lisandro Martinez from Ajax and Christian Eriksen on a free transfer, but have so far failed to lure Ten Hag’s No.1 target Frenkie de Jong away from Barcelona .

“I think he [Ten Hag] “He’s had a really impressive start, a confident start, despite his star man playing and not being supported off the pitch by an operation that can’t get him the players he wants,” Neville added.

“If you said two months ago that Manchester United would have Fred and [Scott] McTominay in midfield – and I like them both, I think individually they give everything for Manchester United – and that we would have [Anthony] Martial up front, who to be fair every Manchester United fan and manager had written off and thought would leave. He is now the center forward for the season.

“I would say the manager has been dealt a heavy hand.”

Neville believes United’s failure to secure De Jong’s signature is an embarrassment to the club.

“I said that [Jadon] Sancho and it’s the same now with De Jong, it’s getting to the point where a signing that should be excitement for the club … is delayed so long that you lose the excitement about the signing,” Neville added.

“It’s almost becoming a bit of a shame. It’s still happening. I’m really worried about the fact that they still can’t get signatures over the line.”