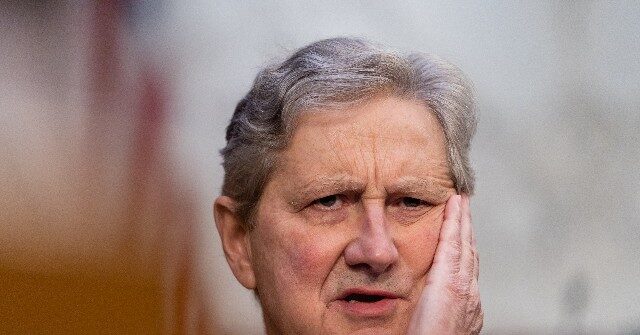 Kennedy said, “At some point, we have to stop asking who should pay more taxes and start asking what the hell happened to all the money we had. But I digress. Because of inflation, done in Washington by President Biden, more and more Americans are getting very good at barely getting by and they are the richest country in all of human history, and that’s because of inflation. I don’t hate anybody, but Senator Manchin’s bill is an inflation machine. If he passes his bill, Joeflation, as some are calling it, will refer to Joe Manchin, not Joe Biden… Senator Manchin’s bill is a massive tax increase on oil and gas. Now, when you tax something, you get less of it. Duh. His bill will raise prices.”

He continued, “It’s a special kind of stupid to raise business taxes in a recession.”

Kennedy concluded: “I don’t hate anybody. I don’t think Senator Manchin intentionally wants to hurt people. I don’t think he wants more Americans to have to live in a tent behind Whataburger, but that will be the result of his bill.”