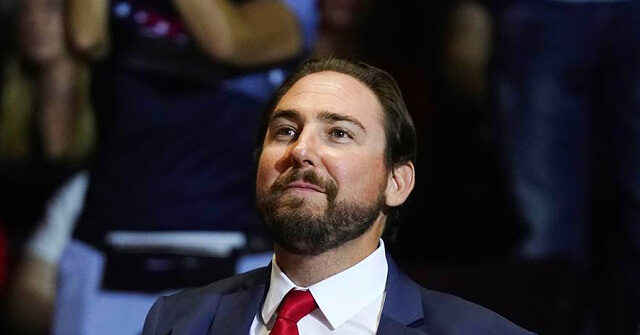 David Wasserman of the Cook Political Report called the race at 11:37 PM Eastern, also noting that the congressional district has been labeled a “likely” Republican district.

Crane, a young politician, was endorsed by Trump two weeks ago, just before the former president held a rally in the state to endorse his chosen candidate.

The former president, in his endorsement, emphasized that Crane, a retired Navy SEAL and successful businessman, “will fight for election integrity, secure the border, support our soldiers and vets, and defend the Second Amendment.”

Additionally, Trump said, Crane, as the Republican candidate in Arizona’s Second Congressional District, will defeat O’Haleran, a “puppet” of Speaker Nancy Pelosi (D-CA) and “an embarrassment to the people of Arizona.”

In a previous interview with Breitbart News, Crane explained that he would like to address election integrity as one of his key issues in Congress.

“I believe that an emphasis on electoral integrity should be paramount in our efforts to preserve this democratic Republic that was given to us,” Crane told Breitbart New’s Kristina Wong in November. “It boggles my mind to see everything throughout history that humanity has been willing to do for power, such as mass murder, genocide, subjugation, etc. But we as Americans see our government through such rosy eyes that we are unable to believe that this same kind of evil is possible here.”