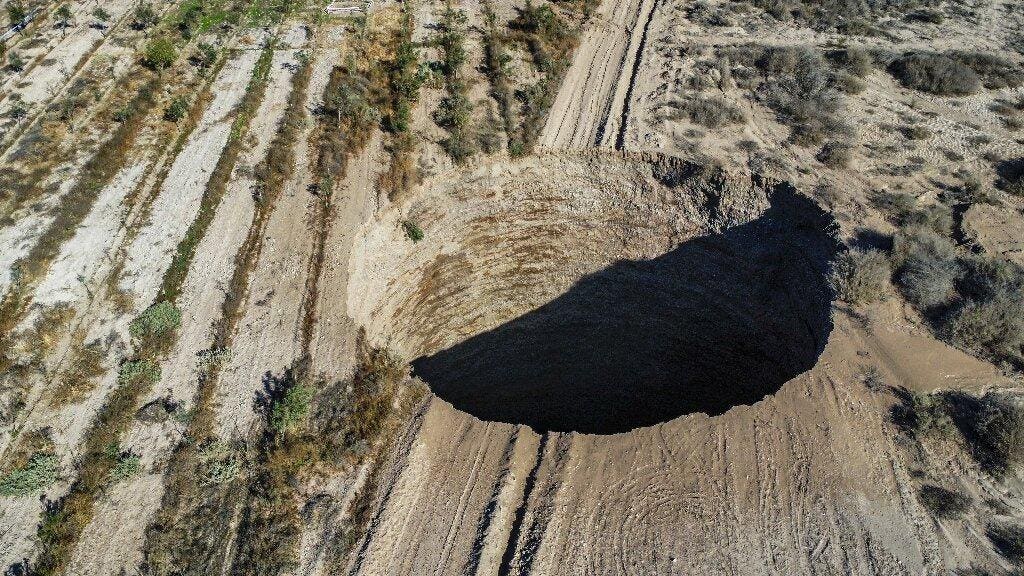 Experts are investigating a huge crater, about 32 meters wide and believed to be about 200 meters deep, that appeared near the Alcaparrosa copper mine in Chile’s Atacama Desert.

The company that operates the mine said in a statement that there were “no impacts to personnel, equipment or infrastructure” and the crater has remained stable since forming three days ago.

It is not entirely clear how the crater formed, but geologists believe it is a sinkhole.

Cristian Zuniga, mayor of the nearby town of Tierra Amarilla, told reporters that the formation of the hole was unprecedented. “We are asking for the cause to be clarified: whether the collapse is a product of mining activity or something else,” he said.

National Service of Geology and Mines of Chile Director David Montenegro said experts will try to determine the cause of the collapse and “ensure that all safety measures are taken to safeguard the lives of workers and communities near the site”. A security perimeter of 100 meters has been set up around the hole.

Sinks, collapsed underground cavities, can form in any type of rock soluble or eroded by flowing water, such as gypsum, salt deposits, but also fine-grained sediments. Sinkholes can be only one meter wide or more than 100 meters wide and deep.

A classic solution sink forms very slowly by chemical dissolution in solid rock, which poses no immediate danger to humans. Sinkholes are much more dangerous, as they are formed by the rapid erosion and sudden collapse of thin soil.