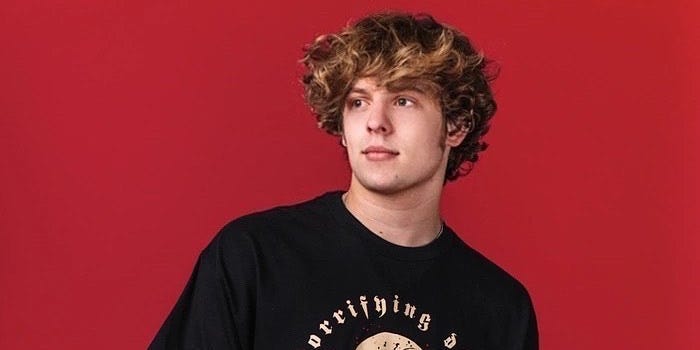 For Jack Neel, publishing horror and true crime content began as an experiment.

He had started a comedy TikTok account in 2019 and by early 2020 had amassed nearly 1 million followers.

At the same time, he was inspired by MrBallena creator known for telling dark stories, to change his content.

“I have a background in acting,” Neel told Insider. “I thought I’d try some theatrics, with a scary voice as the narrator, and take a different perspective with it.”

The videos performed well and by the end of 2020, he had focused on horror and true crime stories, with popular videos like “blood curdling facts” and “dirty history facts”.

While gaining followers, he struggled to build a sustainable community-based business on TikTok and decided to switch to YouTube, posting compilations of his TikTok videos and experimenting with Shorts.

“TikTok is really just a means to an end,” he said. “I want to use TikTok and the success I’ve had there to eventually push people to YouTube because it’s a better creative expression for me and I think I can bring more value to the YouTube audience.”

In addition, he can earn more money on the platform. His Shorts videos began to gain millions of views, allowing him to earn money from the Shorts Creator Fund. He also successfully transitioned to the long form and was able to to monetize his videos with adsthrough Google’s AdSense program.

At the same time, he scaled his business, hiring people to work with him on long-form content and creating a variety of income streams.

Here’s how much he earned in July from his seven income streams:

Insider verified the earnings information with documentation provided by Neel.

Revenue from the branding deal comes from two long-term, high-paying contracts Neel signed — one with a crypto exchange and one with a board game company — to promote products on his YouTube channel.

Media consulting refers to the work Neel currently does with a media company, consulting with them twice a week on how to improve their social media skills and video production to expand their business on the Internet.

He also earns money from ads on his long-form YouTube videos and from the Shorts Fund, a program that pays creators up to $10,000 a month to make Shorts.

While his focus is YouTube, Neel is still paid a significant amount by the TikTok Creator Fund — unlike many other creators, who have criticized the platform’s payouts. In July, he was averaging about $40 a day from his 40.5 million views on TikTok.

Neel landed a deal with merchandising company Represent, which allowed him to work with designers to create a personalized line of t-shirts, sweaters and jackets. In July, his company paid him a monthly advance of $15,000, which they expect to earn from his merchandise sales.

He also earned a recruiting referral, which he received when he referred a person to a creator economy startup for a job.

Of course, these gains come at a cost. Neel said that since he started focusing on long-form content, his expenses have tripled.

It pays about $15,000 a month to employees and contractors such as video editors, researchers and thumbnail designers. And he pays $5,000 a month for a space that’s twice the size of his home and office.

“It’s really that J-curve type of investment that you see in startups,” he said. “To throw a bunch of money at it and hope it works. And if it doesn’t work, if I need to cut costs and refocus on short-form content, I can do that, no problem.”