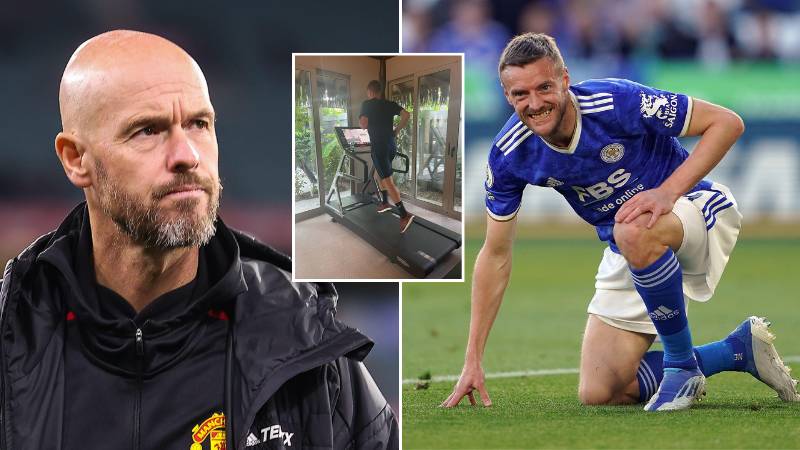 It was reported last month that five-time Ballon d’Or winner Ronaldo has asked to leave Manchester United this summer, citing a desire to play in the Champions League for the rest of his career.

The 37-year-old, who believes he has three or four years left at the highest level, played his first pre-season game on Sunday against Rayo Vallecano.

With Ten Hag’s forward options currently a concern, Anthony Martial is expected to lead the line for United in their Premier League opener against Brighton on Sunday.

So will he try to bring in another striker this summer to replace Edinson Cavani and possibly Cristiano Ronaldo?

A report from 90 minutes it has emerged that a number of clubs are monitoring Jamie Vardy’s current situation at the King Power, including both United and Chelsea.

The 35-year-old, who has a year left on his current Leicester deal, is a proven Premier League goalscorer.

He scored 17 goals in 33 games under Brendan Rodgers in all competitions last season and in turn broke the record for most goals scored after the age of 30 in England’s top flight.

Vardy has reportedly even opened talks with the Foxes over a new deal.

Earlier this year, Leicester boss Rodgers said the club would assess Vardy’s future at the club this summer.

“There will probably have been some discussions behind the scenes, but right now we’re pretty relaxed about it,” he said.

“He’s very happy here. I’m sure we’ll assess that and see in the summer.”

Thoughts on Manchester United monitoring Vardy’s situation? Would it be a good signing?