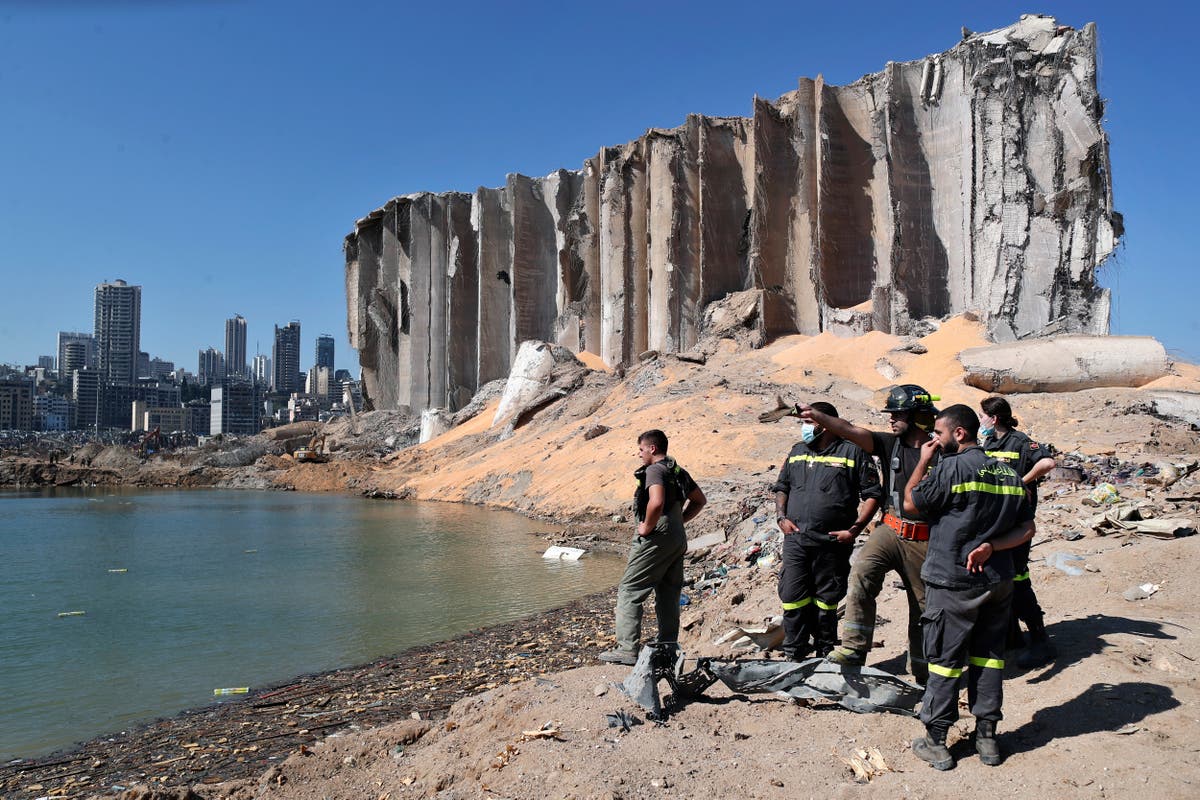 Human rights groups, along with survivors and families of victims of the 2020 Lebanon port explosion, have called on the United Nations to immediately send an independent fact-finding mission to Beirut, accusing the country’s government of “brazenly” obstructing an investigation two years on. the explosion. .

At least 215 people were killed and 6,000 injured when, on August 4 of that year, several thousand tons of poorly stored explosives detonated in the capital’s harbor in one of the largest non-nuclear explosions in modern history.

No one has been held responsible and the investigation into the cause has been stopped.

On the eve of the anniversary, several rights organizations such as Human Rights Watch, Amnesty International and the International Commission of Jurists along with survivors and families of the victims accused the Lebanese authorities of “brazenly” obstructing the investigation by shielding politicians and officials who have get involved.

They urged the UN Human Rights Council to table a resolution at the upcoming Council session next month that would send “without delay” an independent and impartial fact-finding mission.

“The mission will have to establish the facts and circumstances, including the root causes of the explosion,” the statement said.

“It is now, more than ever, clear that the domestic investigation cannot do justice,” the statement added.

Paul Naggear, whose three-year-old daughter Alexandra was among the youngest victims, said The independent that a new UN fact-finding mission is one of the main calls expected from protesters during planned demonstrations in Beirut on Thursday.

“The fact that it’s been two years is awful. Time does not heal. The pain is compounded in the absence of justice or truth or whatever,” he said.

“Justice in Lebanon is dead in our eyes, there is no justice here,” he added.

It followed comments by Pope Francis who used his weekly general audience on Wednesday to pray for the victims’ families, warning that the truth cannot be hidden.

“I pray that everyone will be comforted by faith and comforted by justice and truth that can never be hidden,” he said.

Multiple protests have been called to mark the two-year anniversary as those affected by the blast demand justice.

Efforts to find out the truth about what happened have been repeatedly delayed.

And that’s despite a damning paper trail showing that senior officials from the Port Authority to the president knew about the deadly stockpile of ammonium nitrate behind the explosion but did nothing about it.

However, a court removed him from the case a few months later after two of the former ministers complained that he had overstepped his authority. Judge Tarek Bitar was then appointed in Sawan’s place, but his efforts to question senior officials, including former ministers, as well as Lt. Gen. Abbas Ibrahim, head of the powerful General Security agency, failed.

All have denied wrongdoing and resisted arrest, claiming they have immunity or that he has no power to prosecute them.

Human Rights Watch says the suspects have simultaneously flooded the courts last year with more than 20 legal cases calling for Bitar’s removal for alleged bias and “serious errors,” leading to several suspensions of the investigation.

The investigation was finally halted in early 2022 due to the retirement of judges from a court that must rule on several complaints against Bitar before it can continue.

The finance minister – who is backed by Lebanon’s parliament speaker Nabih Berri – has held off signing a decree appointing new judges, citing concerns about clerical issues.

That has completely stalled any effort to move the case forward, according to Farouk el-Moghraby, one of several lawyers representing those seriously injured in the blast or family members of the dead.

He said The independent that they are trying to petition parliament to amend civil procedures that allow investigations to be automatically stopped when a complaint is made against the judge in question. They also want to increase the fines imposed on people who do so in “bad faith” to deter politicians from going down that route.

He said they also hope to encourage the finance minister to appoint a new head of the annulment tribunal so that existing complaints, which are delaying the investigation, can finally be heard.

“I have to remain hopeful that there will be justice. All of us have been injured by this explosion, they destroyed the country. We can’t deal with this Lebanese style, it’s too huge,” El-Moghraby said.

“If we keep fighting, we have a chance for justice. If we lose hope there will be no chance. We have no choice, we can only fight,” he added.

There are fresh concerns for Beirut as the capital’s grain silos, badly damaged by the explosion, have been burning for three weeks with grain still fermenting trapped inside. This week many of them began to collapse, sending toxic dust into surrounding areas.

On Wednesday, firefighters received a new warning that two more silos on the north side were about to collapse. Residents in the surrounding areas have been told to wear masks when outside.

Lt. Michel el-Murr, the fire chief, who lost 10 members of his team in the explosion, said the grain silo was still burning, but because of new collapse warnings, it was too dangerous for his teams to fight the flames. .

He said it was impossible to describe the feeling of grief at the lack of justice.

“The investigation has been blocked and we are still waiting to see what the outcome will be. There is nothing we can do as firefighters, we do our job and our job,” he said The independent.

“I am devastated because I want to know what happened and why my colleagues, brothers and sister were killed and why?”

“The sorrow in my heart I cannot properly express.”