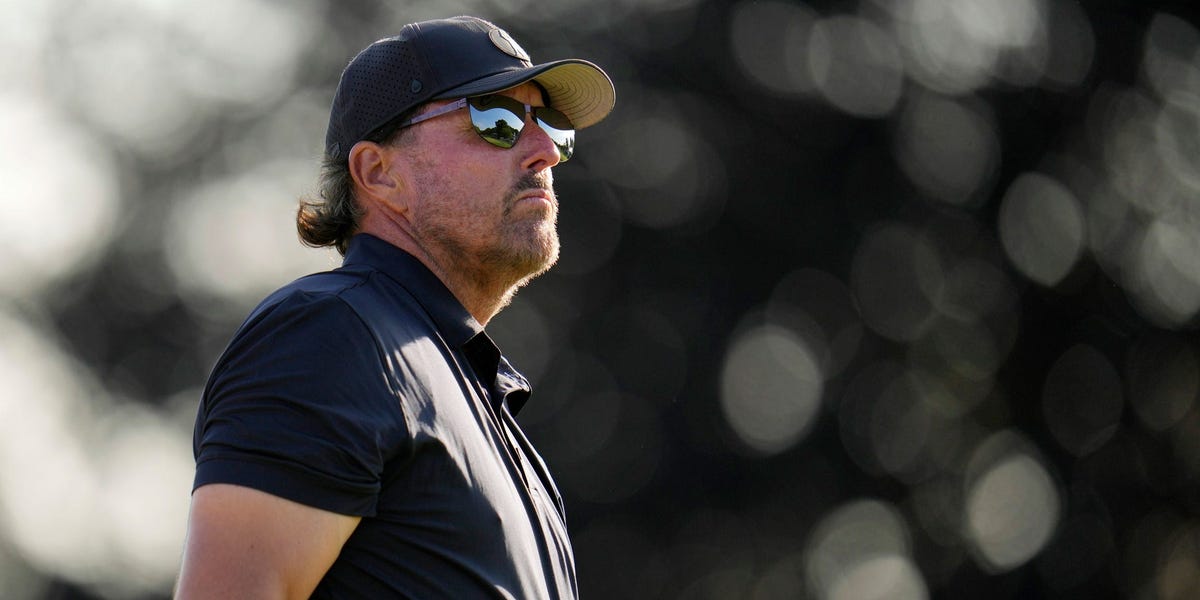 Phil Mickelson, Bryson DeChambeau and nine other LIV golfers have filed a lawsuit against the PGA Tour. The lawsuit was filed Wednesday in the U.S. District Court for the Northern District of California.

The lawsuit comes after the PGA Tour suspended players who left to join LIV Golf and begins a legal battle that could drag on for years. In the lawsuit, LIV golfers allege the PGA Tour engaged in anti-competitive practices while trying to block LIV’s progress, including threatening agents and sponsors with possible penalties if they continued to stand by players who made the jump.

“The tour has set out to destroy competition in its infancy by doing everything in its power to lock out its members (including the Plaintiffs) and deny them the opportunity for real sustained competition for their services,” it says. treatment.

While the antitrust aspect of the lawsuit could take years to resolve, three players — Talor Gooch, Hudson Swafford and Matt Jones — also sought a “temporary restraining order” that would allow them to play in the upcoming FedExCup Playoffs. All three players had previously qualified for the playoff, which offers the largest potential payouts of any event on the PGA Tour calendar, but were removed from contention after being suspended due to their move to join the LIV.

In the suit, the players argue that Gooch, Swafford and Jones could suffer “substantial and irreparable” harm if forced to miss the playoffs, as it could lead to missed opportunities to play in the majors in the future.

Many LIV players were used similar argument earlier in the year in order to gain entry to the Scottish Open. This is the first legal test of the matter between the two sides in the US.

The lawsuit also makes it clear that Mickelson was actually suspended from the PGA Tour after his shocking comments about the groundbreaking championship because he “attempted to recruit players to join” LIV. The lawsuit states that due to Mickelson’s continued participation in LIV events, that suspension has been pushed back to two years, with Mickelson unable to apply for reinstatement after March 31, 2024.

Before leaving for LIV, Mickelson had earned a lifetime membership to the PGA Tour thanks to his long tenure and accumulation of wins on the course.