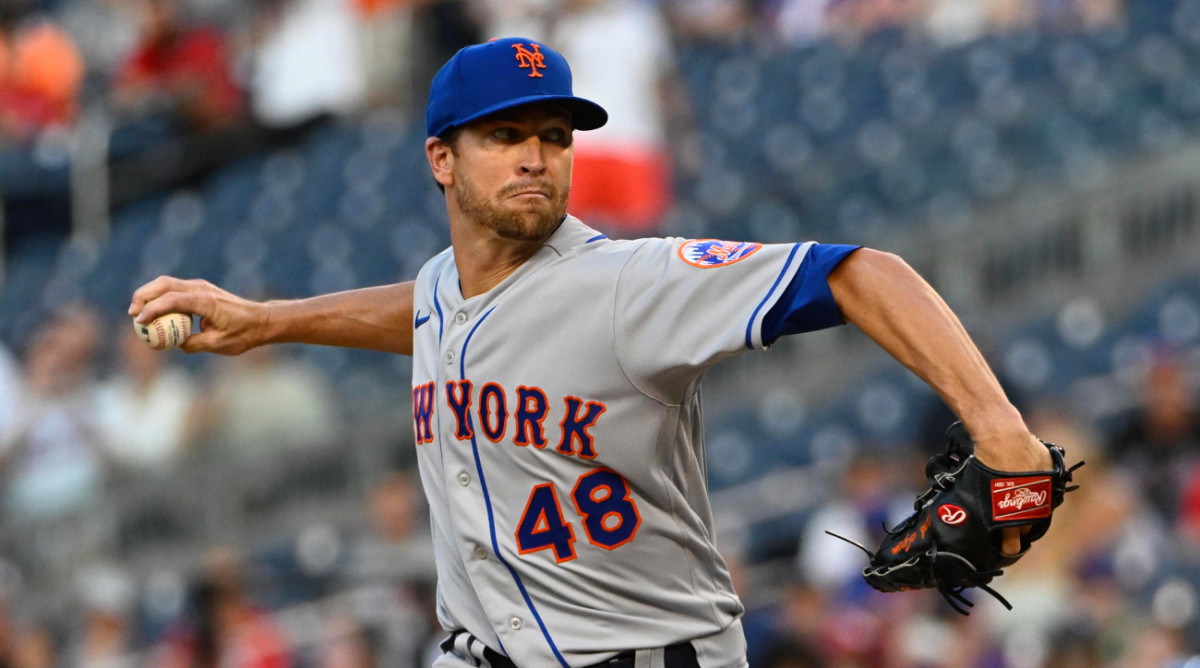 In his 2022 season debut on Tuesday night against the Nationals, Mets pitcher Jacob deGrom pitched five innings in a stellar return to the mound. His last MLB start was on July 7, 2021.

The ace gave up three hits and one run while striking out six. Luis García doubled off deGrom in the fourth inning to bring home Victor Roblesthe only run he scored during his time on the mound.

Before the regular season began, deGrom suffered a stress reaction in his right shoulder blade that landed him on the injured list. His time at IL lasted longer than originally expected as he experienced multiple setbacks.

In July, deGrom was designated for a four-game rehab assignment at Triple-A Syracuse. His last rehab start, which was also postponed after he suffered some minor shoulder pain, was last Wednesday. It was his shakiest start to date, allowing four runs in four innings, but it was still determined that the pitcher was ready to make his big-season debut.

The four-time All-Star now returns to the pitching rotation along with fellow Cy Young winner Max Scherzer, who also had his start to the 2022 season delayed after suffering a strained strain in mid-May. He returned to the mound on July 5 and has been in the regular rotation since.