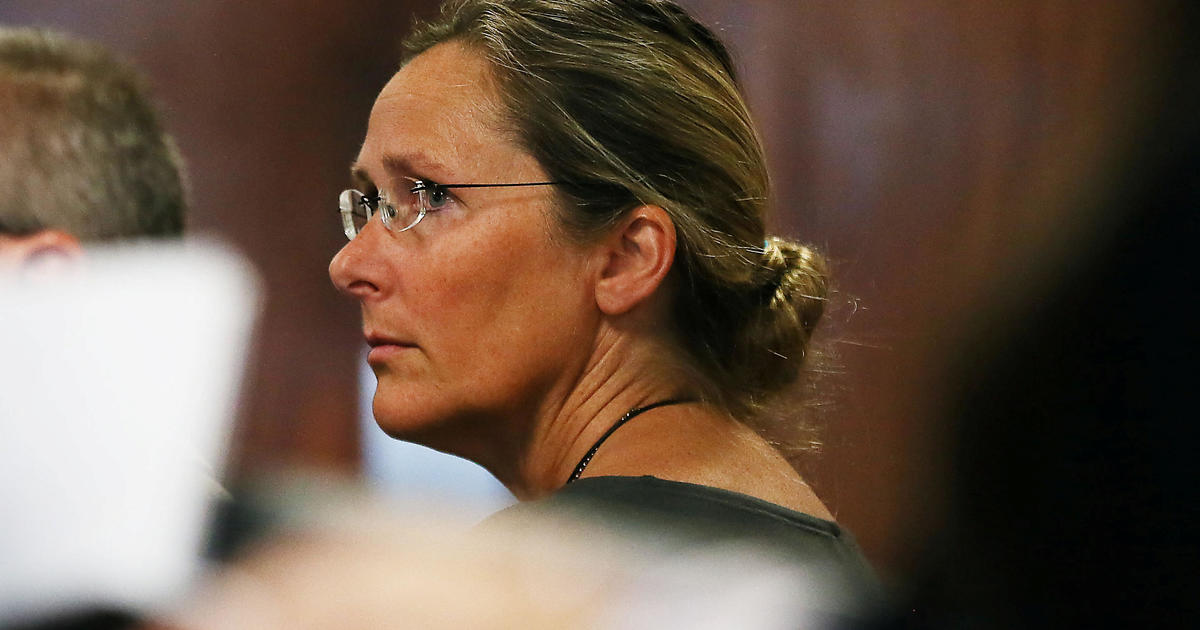 Scarlett Lewis’ 6-year-old son, Jesse, was among the 20 children killed in the Sandy Hook Elementary School shooting in 2012. For years, she and her husband faced harassment from people who believed her child’s death was staged — but on Tuesday, he got a chance to confront the man at its helm spreading such lies.

Lewis took the stand as a witness in the libel trial against conspiracy theorist Alex Jones and his media company over his repeated claims that the Sandy Hook massacre was “staged”. Lewis and her husband, Neil Heslin, are seeking at least $150 million in damages and have described how they have been harassed, threatened and even shot at in their home by people who believe Jones’ lies about mass shootings.

Sitting on the witness stand and looking Jones straight in the eye, Lewis said: “I wanted to tell you face to face … I’m a mother, first and foremost, and I know you’re a father. And my son existed.”

Lewis accused him of repeatedly implying on his Infowars show that she and other victims and their families are actors.

On the day of the shooting, Jones posted an episode of InfoWars in which he says, “Don’t think this couldn’t be staged.” He has repeatedly argued that the mass shooting could have been a “staged event”.

Politifact has also been watching several cases from Jones’ comments. In an Infowars broadcast from January 13, 2015, Jones told a caller that “Sandy Hook is a synthetic completely fake with actors, in my opinion, made up.”

“I knew they had actors in there, obviously, but I thought they killed some real kids. And that shows how bold they are, that they clearly used actors,” he said.

In another episode posted on December 28, 2014, Jones said the shooting was a “giant hoax” and falsely claimed that “the whole thing was fake.”

“You’re still on your show today trying to say that, by implying that I’m an actor, that I’m deep state. You’ve got it, this week. And I don’t understand,” Lewis told Jones on Tuesday. “The truth – the truth is so vital to our world. The truth is what we base our reality on, and we have to agree on that to have a civil society. Sandy Hook is a hard truth.”

She continued to press him on his false claims about the reality of filming, asking him directly at one point if he thought he was an actor.

“No, I don’t think you’re an actor,” Jones replied.

As she addressed him, Jones shook his head and she replied: “I know you believe me and yet you’re going to walk out of this courthouse and say it again on your show.”

Before Tuesday’s hearing, Jones said on his show that Lewis’ husband, Neil Heslin, is “slow” and manipulative. Last week, an article published on the website Infowars detailed Jones’ statement to the press after a hearing in which he said the judge in the case was only doing so “for political reasons.” He also said the case is “one of the biggest spectacle trials that has ever happened” and is “the assassination of your due process rights”.

Heslin, who also testified on Tuesday, said Jones made their lives a “living hell” full of abuse and trauma from his followers. He and Lewis described people shooting at their home and car, being harassed and even receiving threatening emails.

“I can’t even describe the last nine and a half years, the living hell that I and others have had to endure because of the recklessness and negligence of Alex Jones,” Heslin said.

“It’s fear for your life,” Lewis said. “You don’t know what they would do.”

Jones is facing multiple lawsuits from Sandy Hook families who claim his claims led to years of abuse. He has already been found liable for defamation by courts in Texas and Connecticut for his portrayal of the mass killing as a hoax.